Today I rocked it.

Whitney’s birthday is coming up and I actually did something to prep for the party more than a week in advance! We’re having an ABC themed party (Alphabet, people.  My Pinterest research taught me that apparently there is another type of ABC party out there…you college and otherwise eccentric folk can rest assured knowing the dress code is indeed family friendly, for the rest of you – Google it.)

With the help of my sister and mom we made Alphabet Crayons to give to the kiddos. 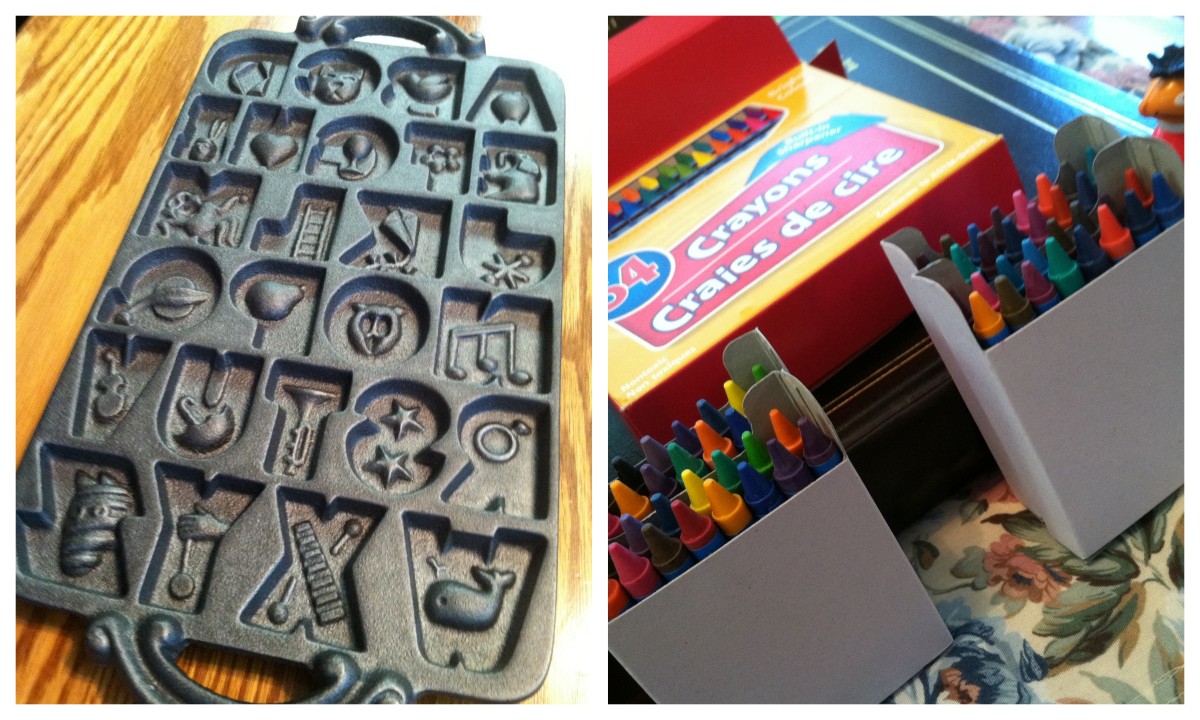 It was a bit time consuming and brutal on our nails, but we peeled off the wrappers and broke up the crayons into little bits, placing them in the mold, it was about two crayons per letter.  We did some solid, some a mixture of shades of the same color, and some random blends.  My sister also taught me the trick that if you put your iphone in a cup it’s like an instant mini speaker that makes the sound louder and a lot less tinny. Go figure! 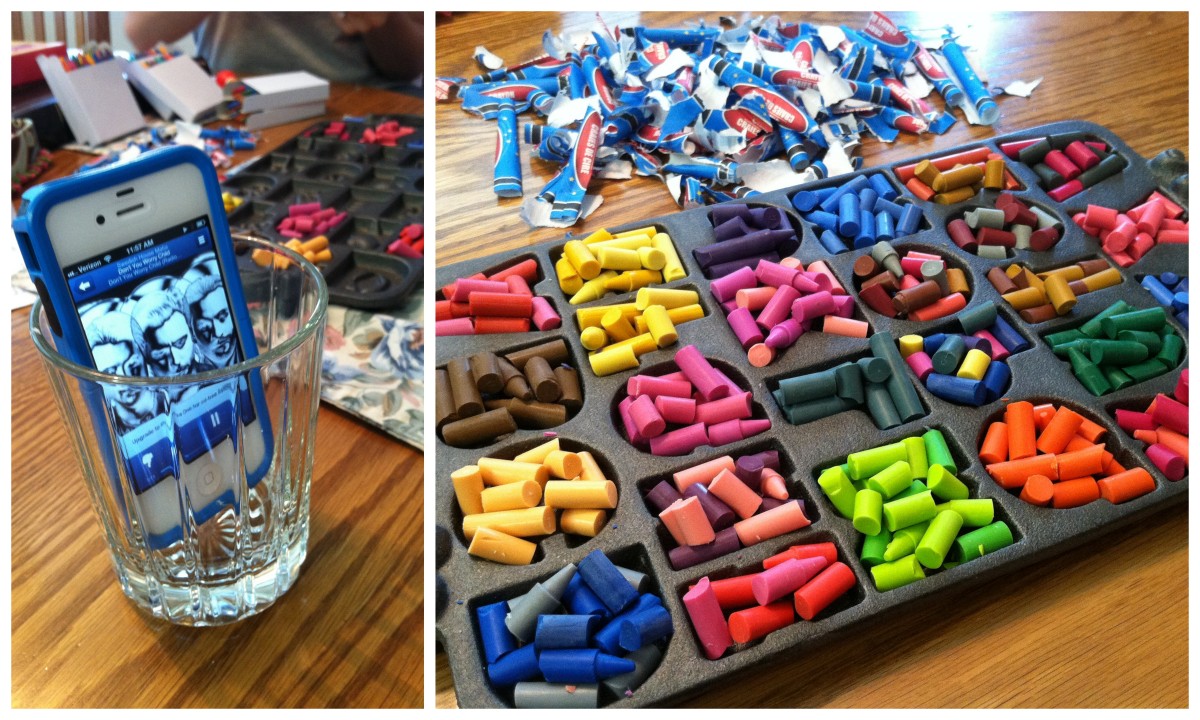 The crayons melted in a 275 degree oven for about 25 minutes…we watched until the crayon pieces were just about melted smooth.  I read that if you bake too long something happens that separates the parts of the crayon and they don’t color well.  Our first batch was just slightly under-melted and a few of the letters had parts chip off.  So, make sure your crayons melt and keep a watch on them.  Turn the oven off and open the door to let the wax cool enough so it doesn’t slosh out of the mold as you remove it from the oven (a few minutes). Let it cool a bit more and then put the tray in the freezer, which will help the letters shrink a little to pop out of the mold easier.  Voila! Beautiful new alphabet shaped crayons. 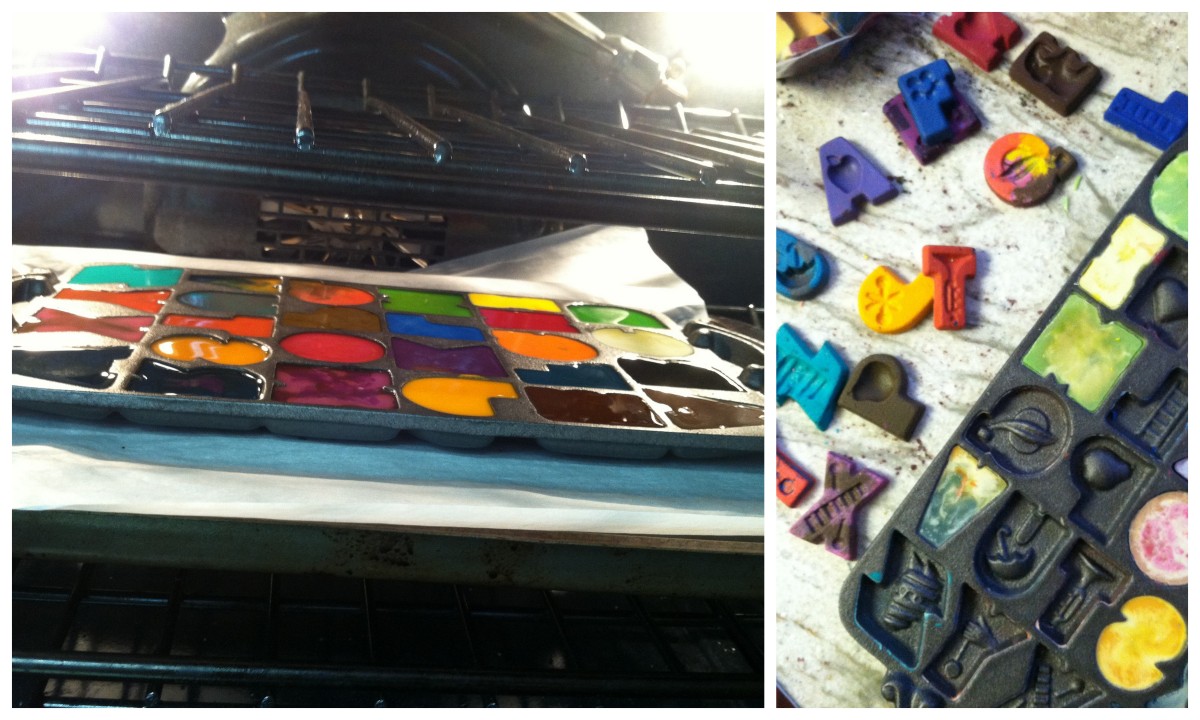 Other things that made today rock: