I blinked and it’s now five weeks later.  We are a whole different family now.  Dylan’s hair seems a few bushy curly inches longer, Whitney is almost to her first break for school, and we heard the beginnings of Leslie’s laughing today.  It’s been a whirlwind of change – we have been weathering tons of parent meetings and trainings for these co-op schools we’ve chosen (and feel more certain they are the right choice for our kids even though the effort is big).  Here’s a snapshot of what has been happening during this last month when the blog went dark. 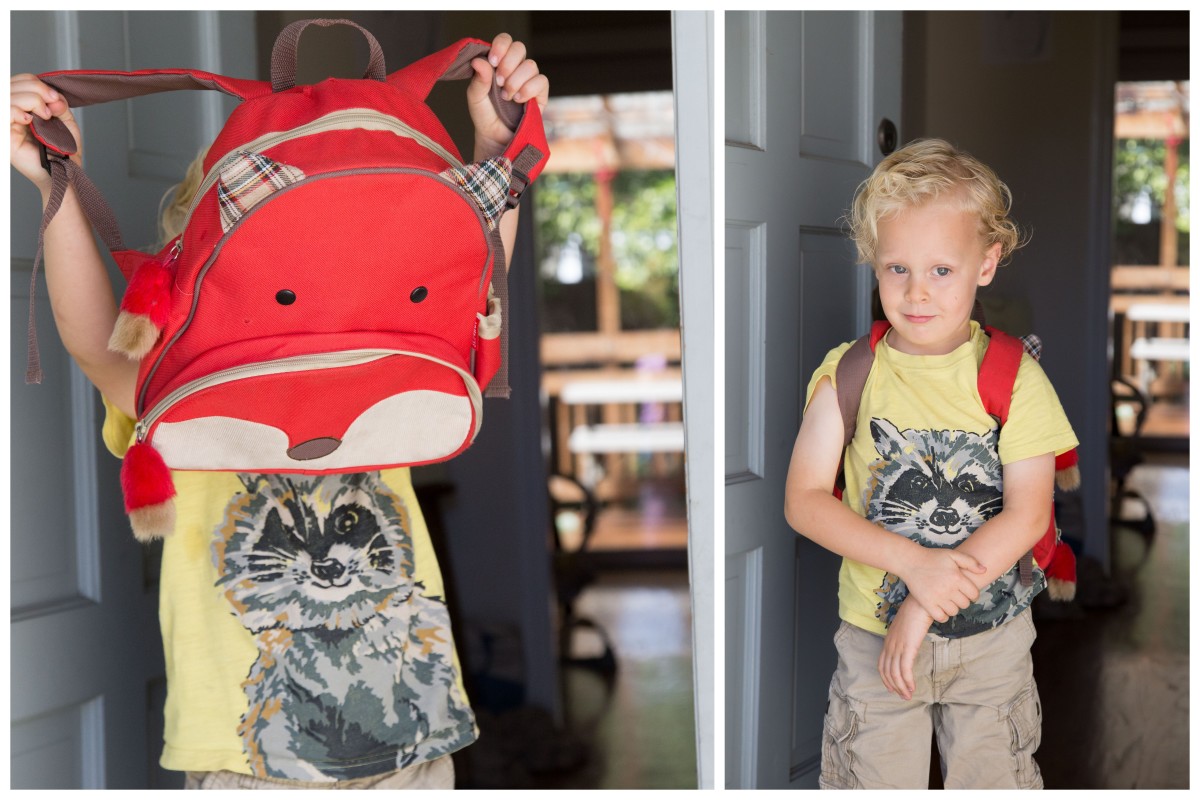 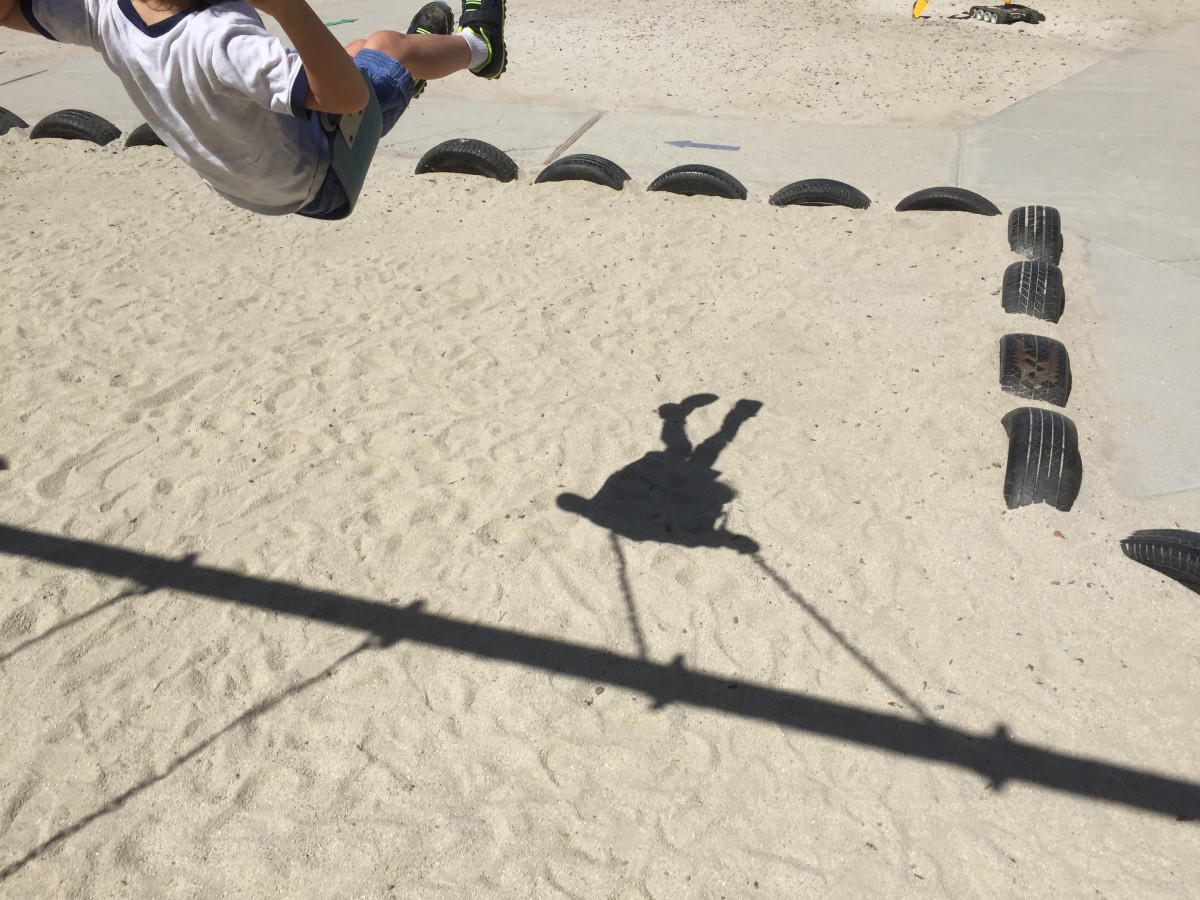 He’s had two full weeks so far, and it’s been great for him.  His favorite thing seems to be digging for treasure in the school sandbox (his teacher plants jewels and such in there).  With Whitney at school longer, and a lot of my attention going toward the baby, he’s been a little nuts.  “Look at me, mom! Look what I can do” and I swear I walk into another room for five minutes and he’s either drawn a mural, built a block city, or he’s bouncing off the walls.  One morning he made the Sydney Opera House out of his snap peas at breakfast.  He needs more stimulation!  And it both amazes and exhausts me! 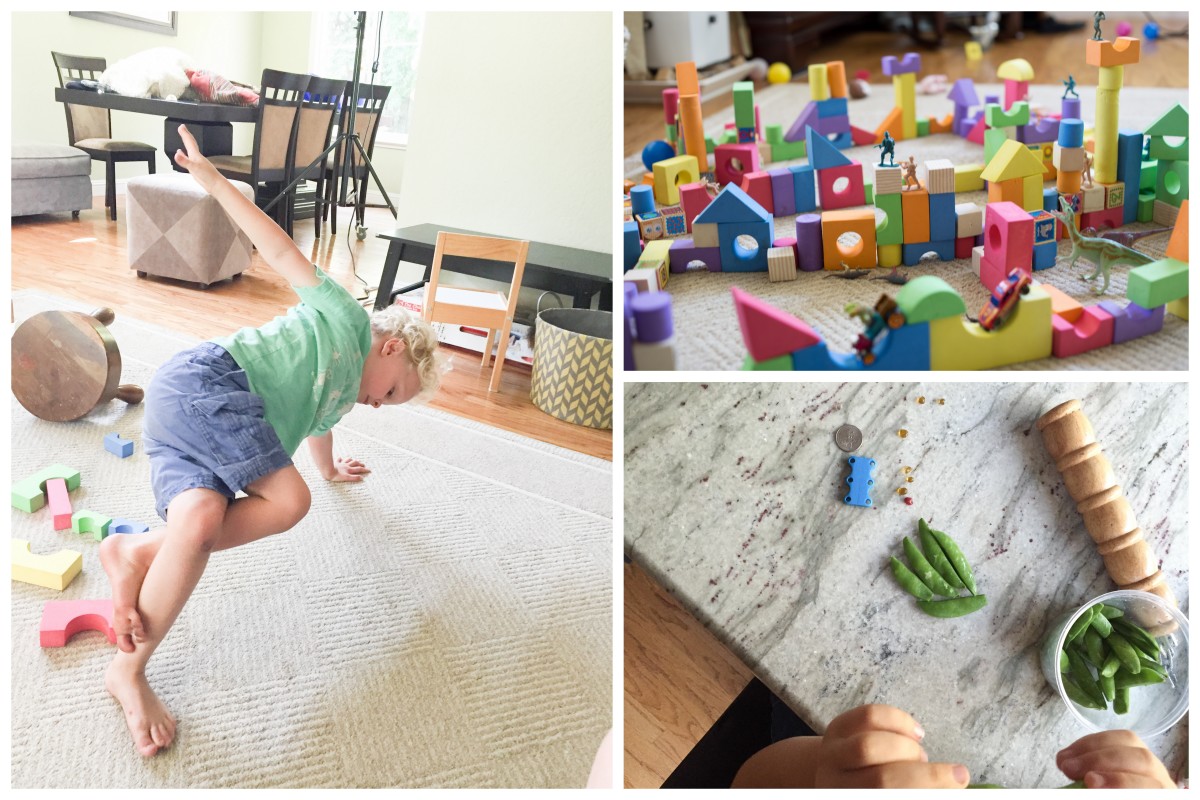 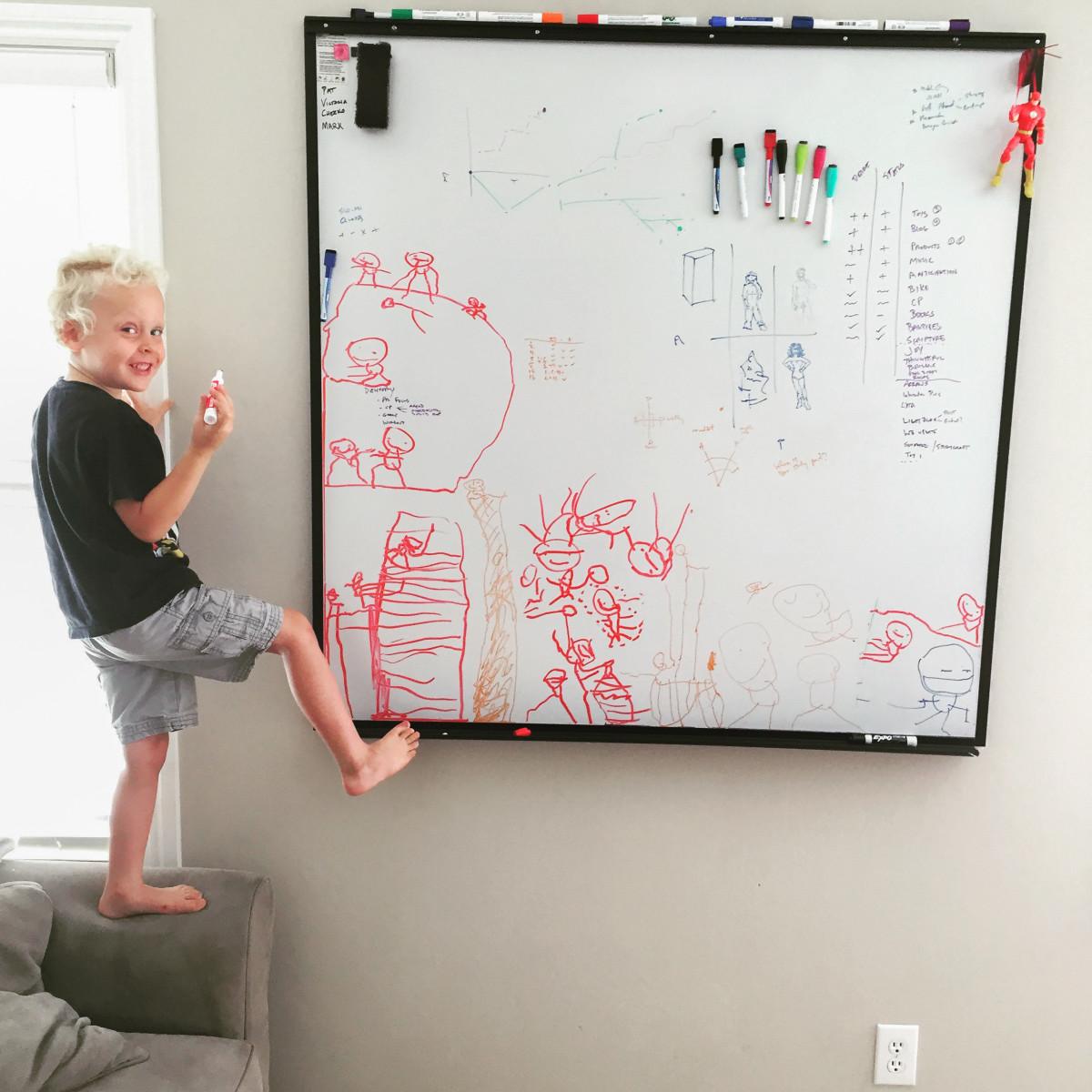 He talks about wanting to go to “Mountain Rushmore” and the Great Wall of China, and outer space.  We’ve had a bug collecting phase, complete with signs “no people allowed” and “bugs allowed.” 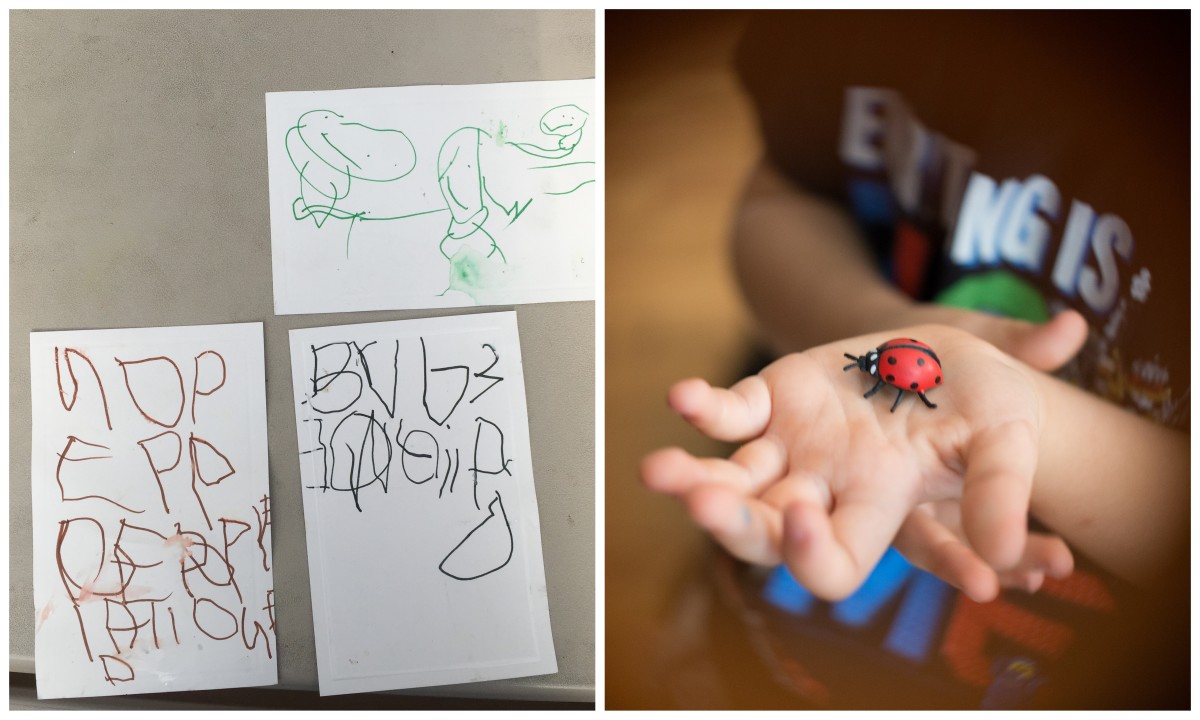 He is also a big fan of smothering his sister – up in her face all the time.  He helped me come up with a code word to say when he needs to back off (“outerspace”). 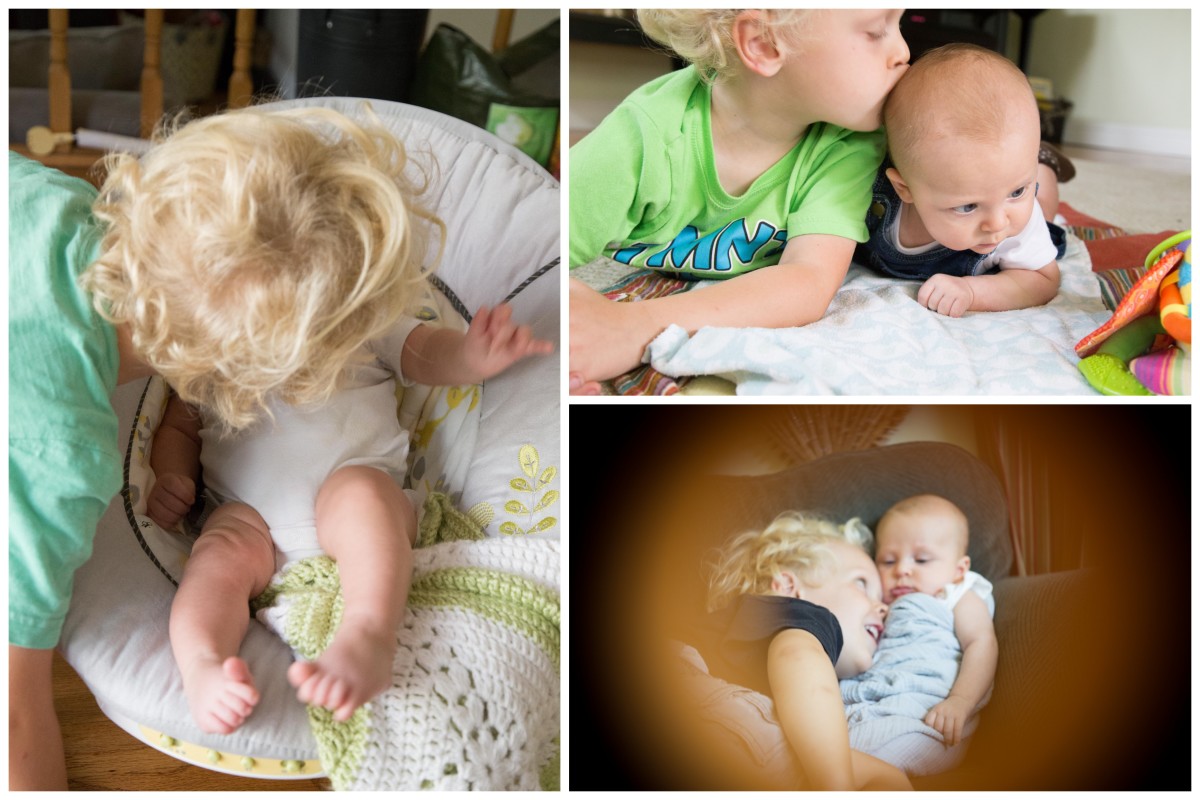 He says he wants “82-100” babies, and has drawn our family with another baby (brother) and a dog.  He likes to dress up Leslie as his brother. 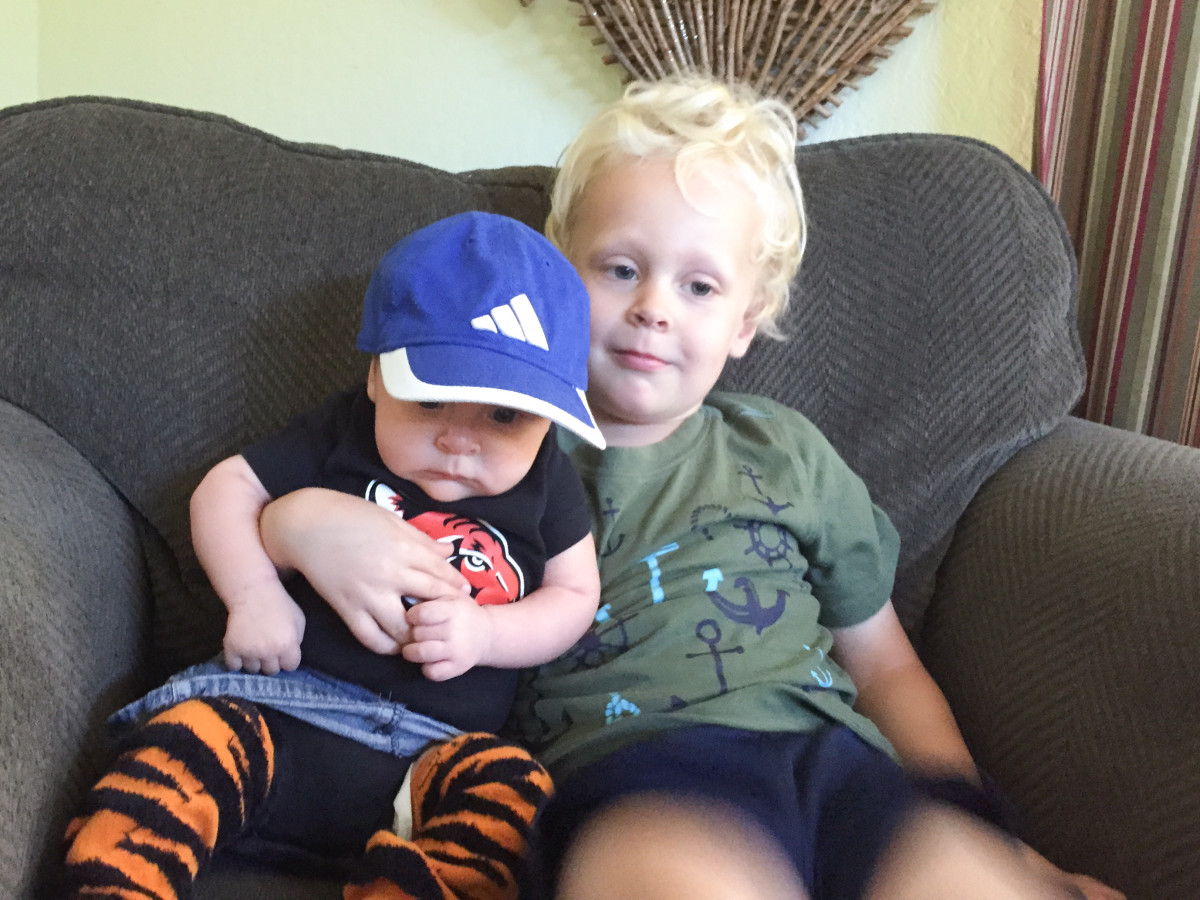 If you’re feeling lonely let me know and Dylan would be happy to text you – he begs for my phone to dictate messages and add a bazillion emoticons.  The auto corrections for his little three year old voice make it all the more entertaining.  He also will be happy to tell you all about his birthday coming up.  For months we’ve been adding things to his “wishlist” – first by taking pictures of things that he has the gimmies for at the store (“sorry, it’s not on our list today, but would you like to take a picture and remember for your birthday list?”) and more recently I let him look stuff up on Amazon and add to a wishlist there.  It seemed like a fine idea at the time, but one time he complained it wasn’t working and I saw he one-click ordered a trampoline!  Oops. 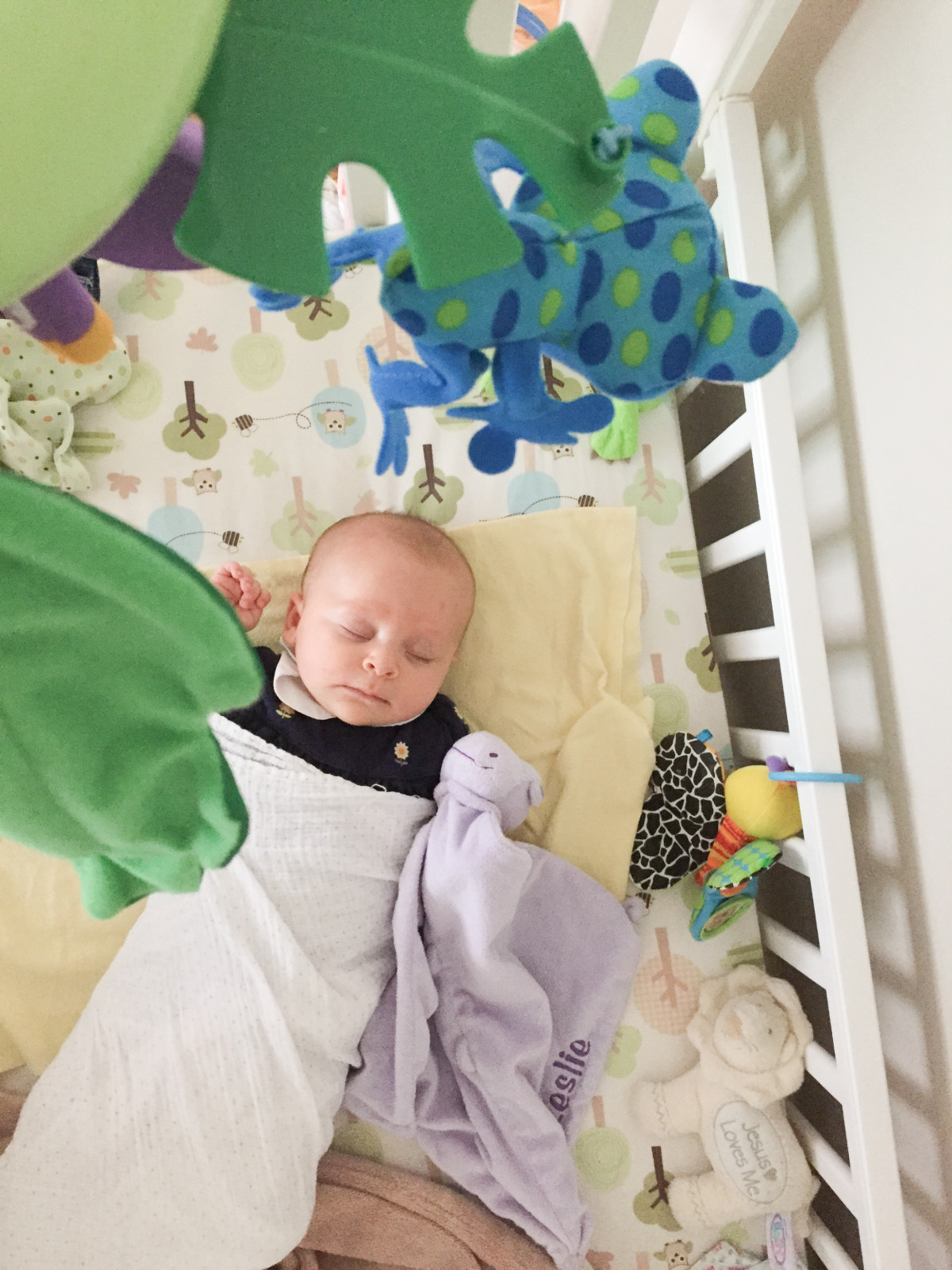 This sweet girl is not a newborn anymore.  In fact she’s eating her way to double sizes – already solidly in 6 month clothes.  I’m starving all the time. She slept through the night for a while but has recently decided she needs a midnight snack (or two) to keep up the growth.  Sheesh!  She started smiling, and cooing, and blowing bubbles, and tries to do crunches because she always wants to be upright and facing outward to check everything out.  At dinner Dylan often prays thanks for Leslie “that she smiles at her mobile” because she’s obsessed. 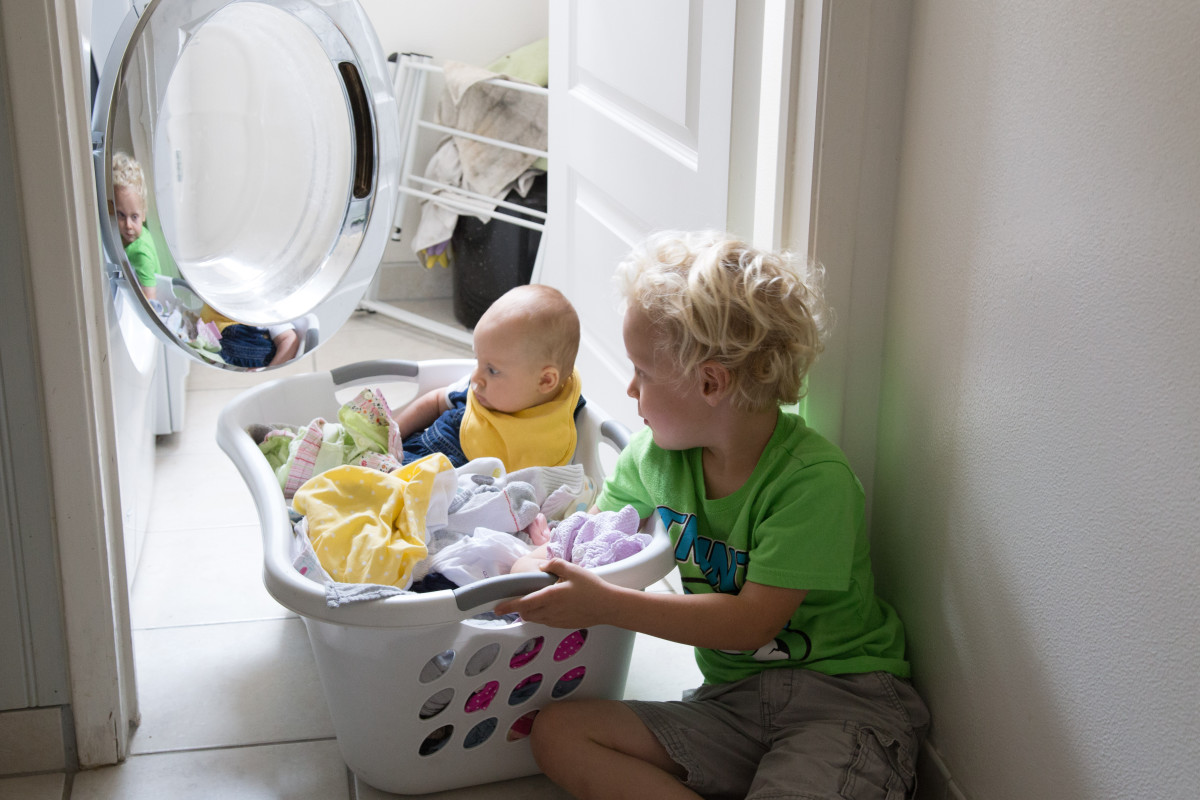 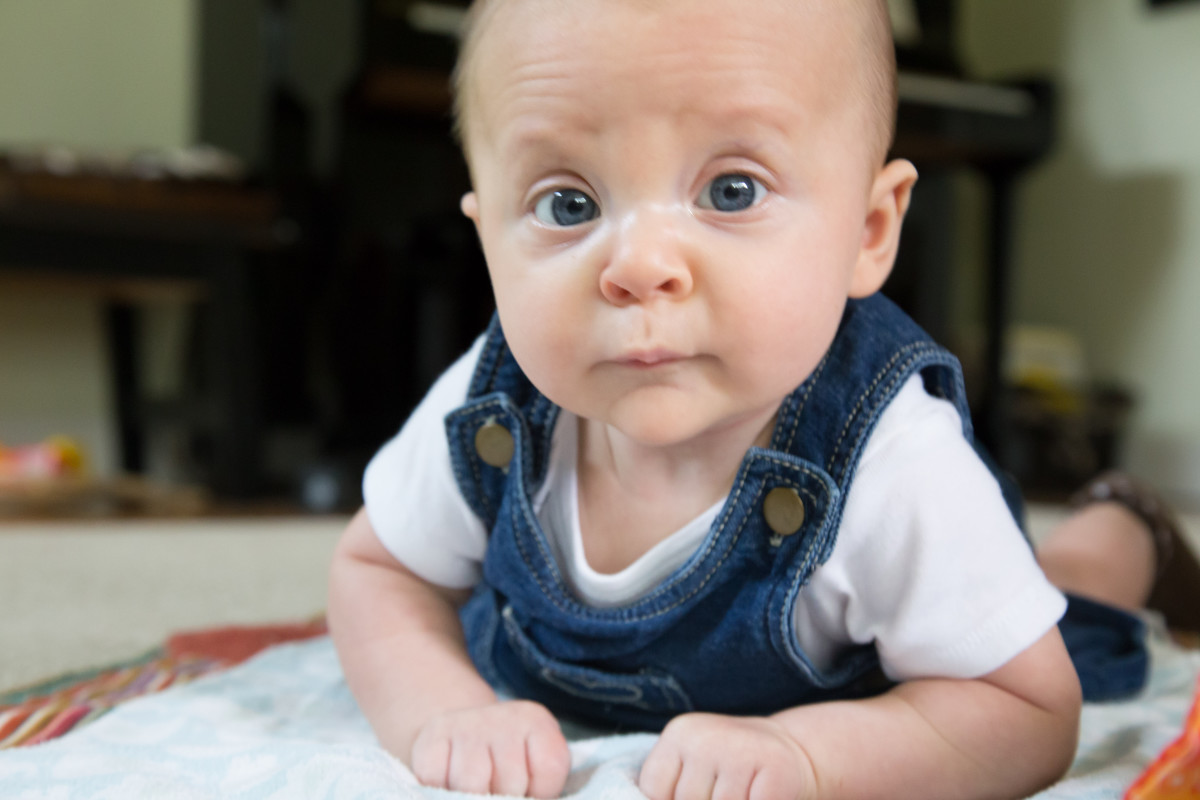 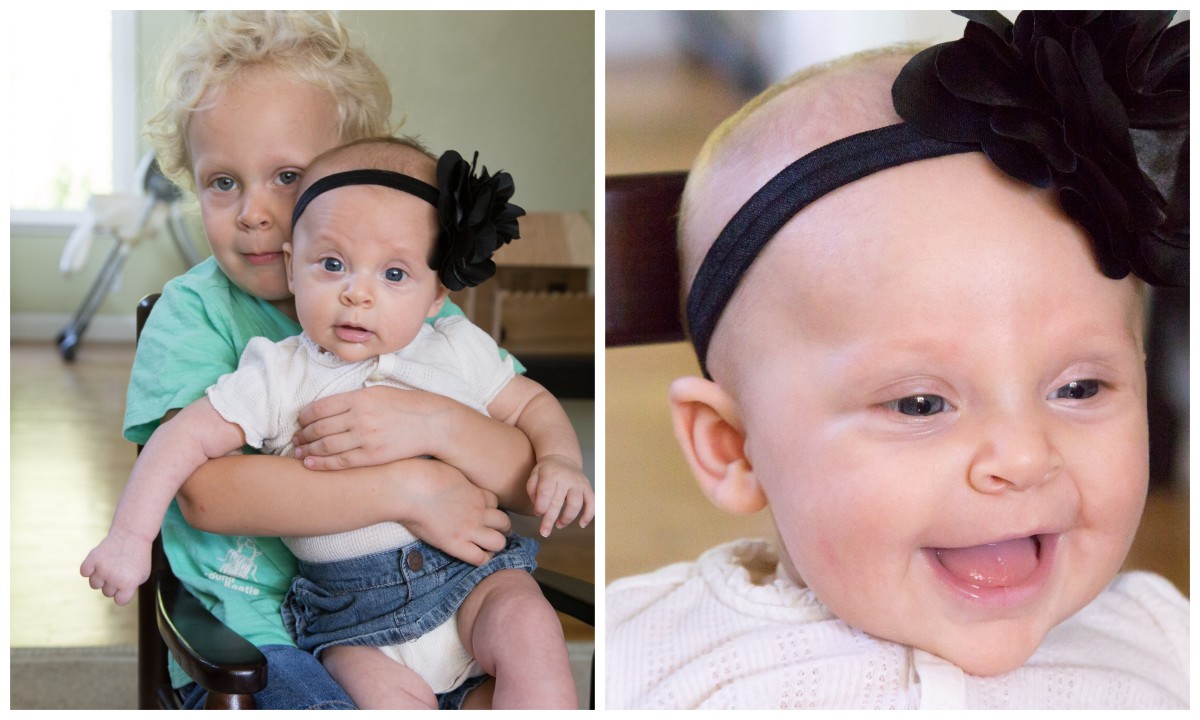 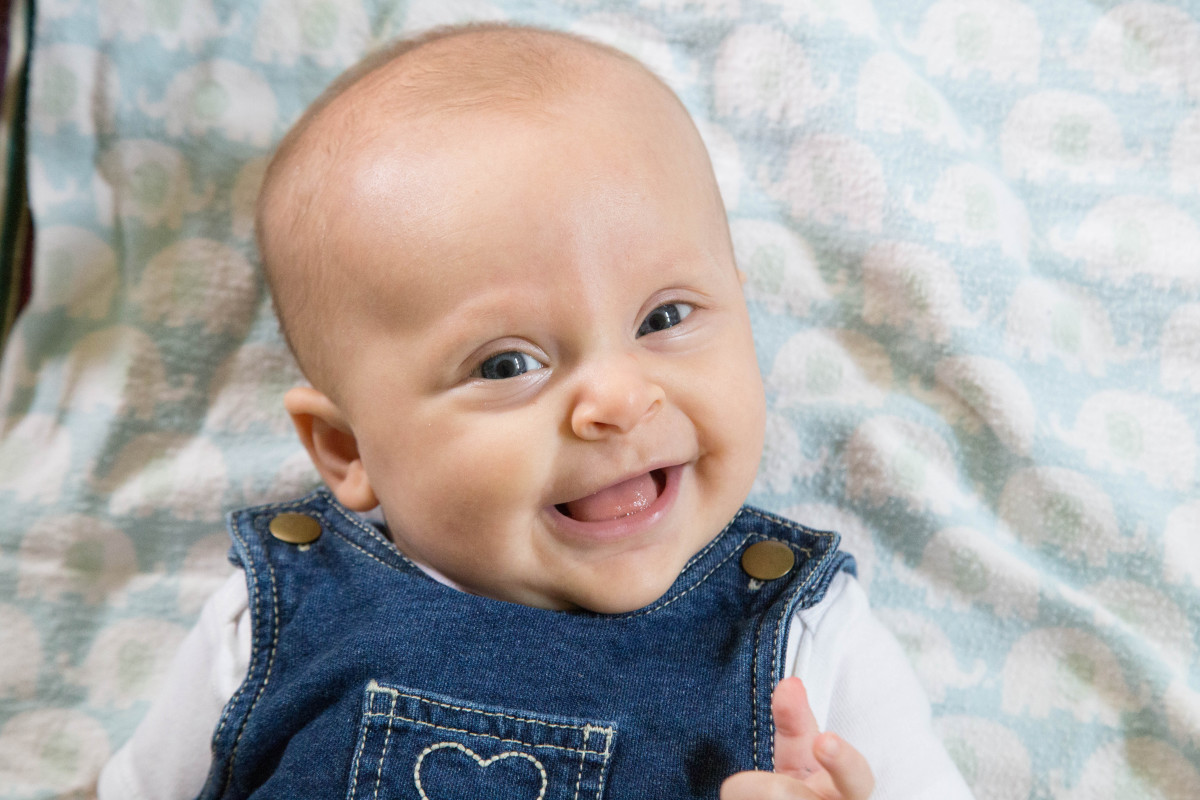 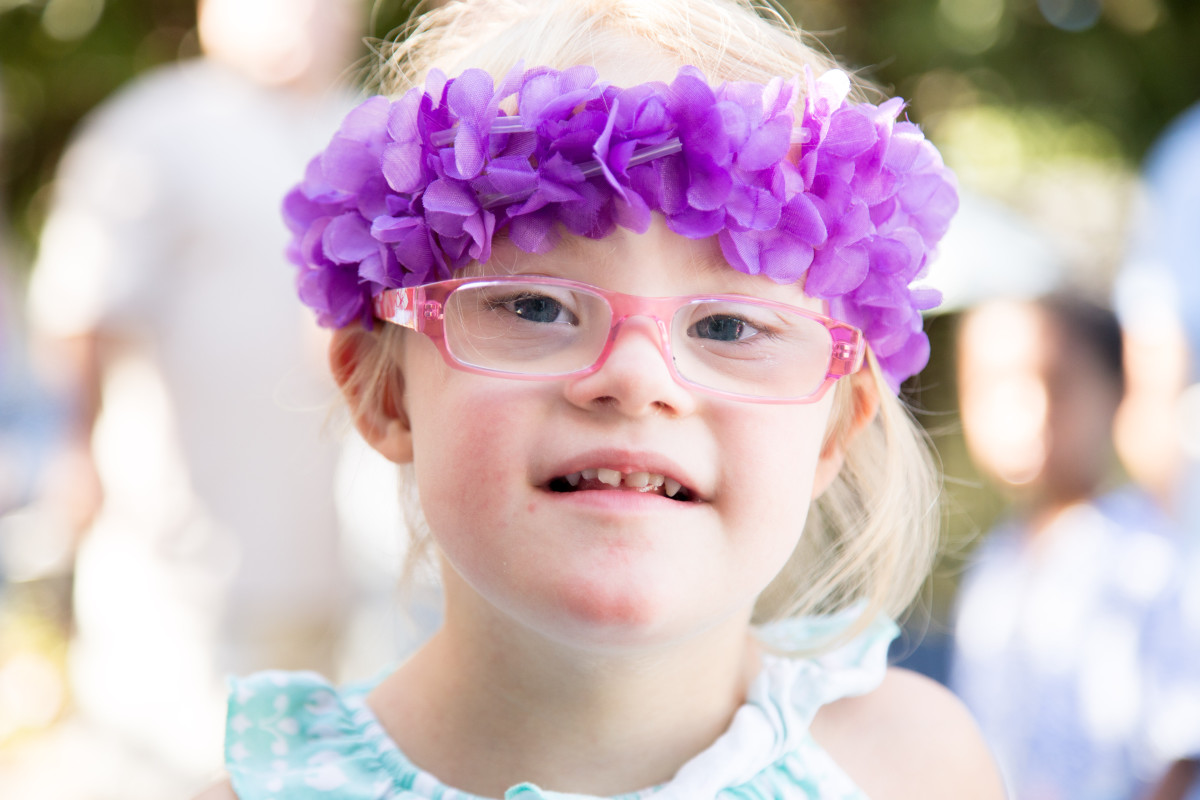 Whitney seems to be really enjoying school.  One especially tired morning Tyler was trying to wake her up and as soon as he said the word “school” her eyes popped open and she came alive.  They report that she seems to be doing well.  She gets support a lot of time from an aide that is helping the class but is especially queued in on her.  Next week I start working in the classroom once a week so I’ll get to see more.  Like her brother, she is also constantly drawn to Leslie.  It takes less than a minute for her to find Leslie and have her naked from the waist down to change her diaper! 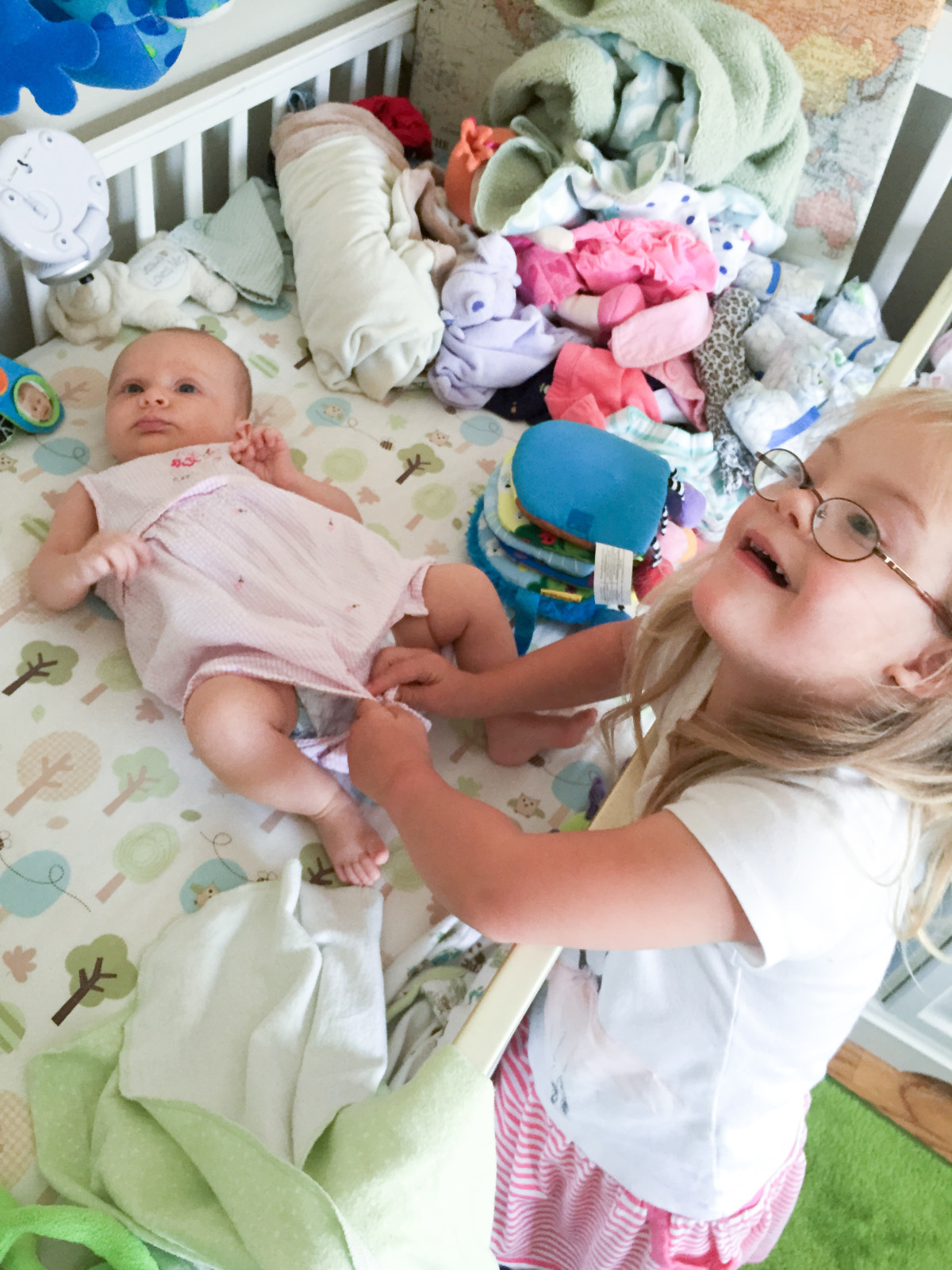 We enjoyed the Scottish Festival this year (past festival).  Whitney’s favorite was the puppies (puppy adoption tent) – I even offered her Cheese Puffs for snack and she wouldn’t leave the puppies for anything. 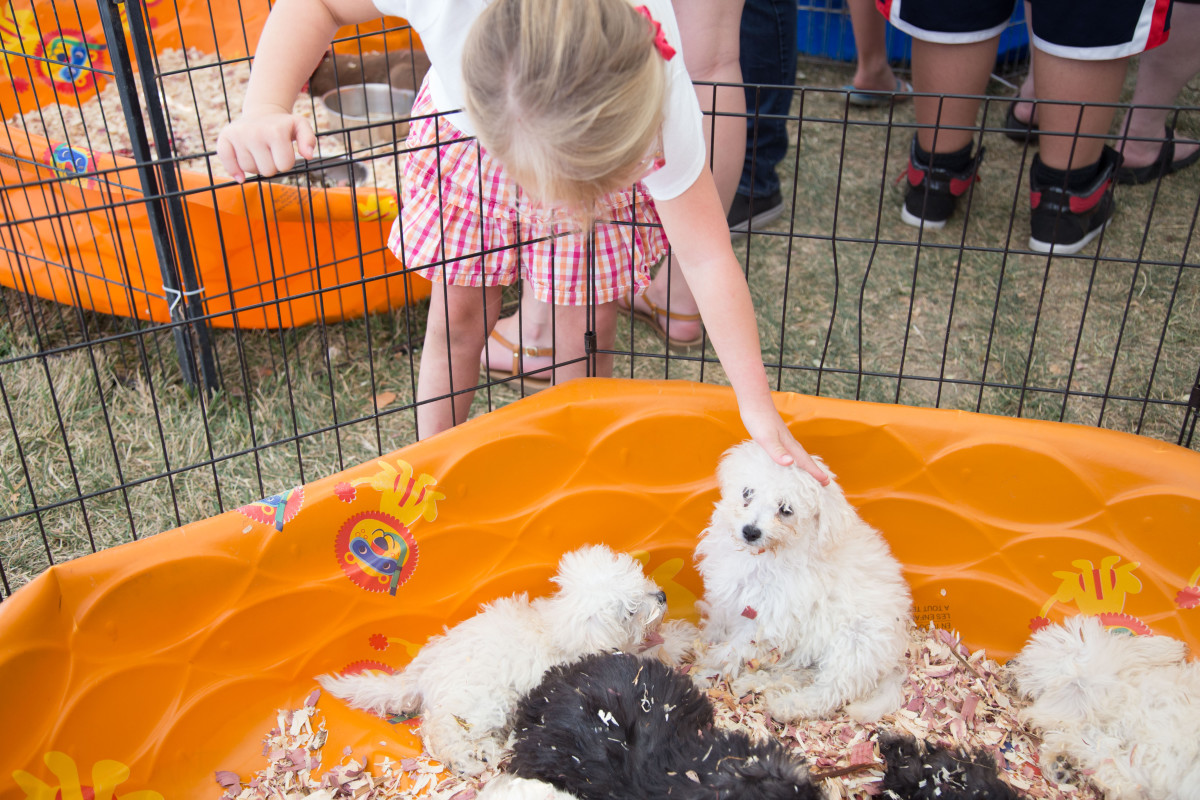 Dylan got to try his hand at archery…he’s pretended a lot at home but this was the first real bow and arrow experience.  The first arrow flopped a few feet in front of him…and no joke, the second arrow was a bulls eye. 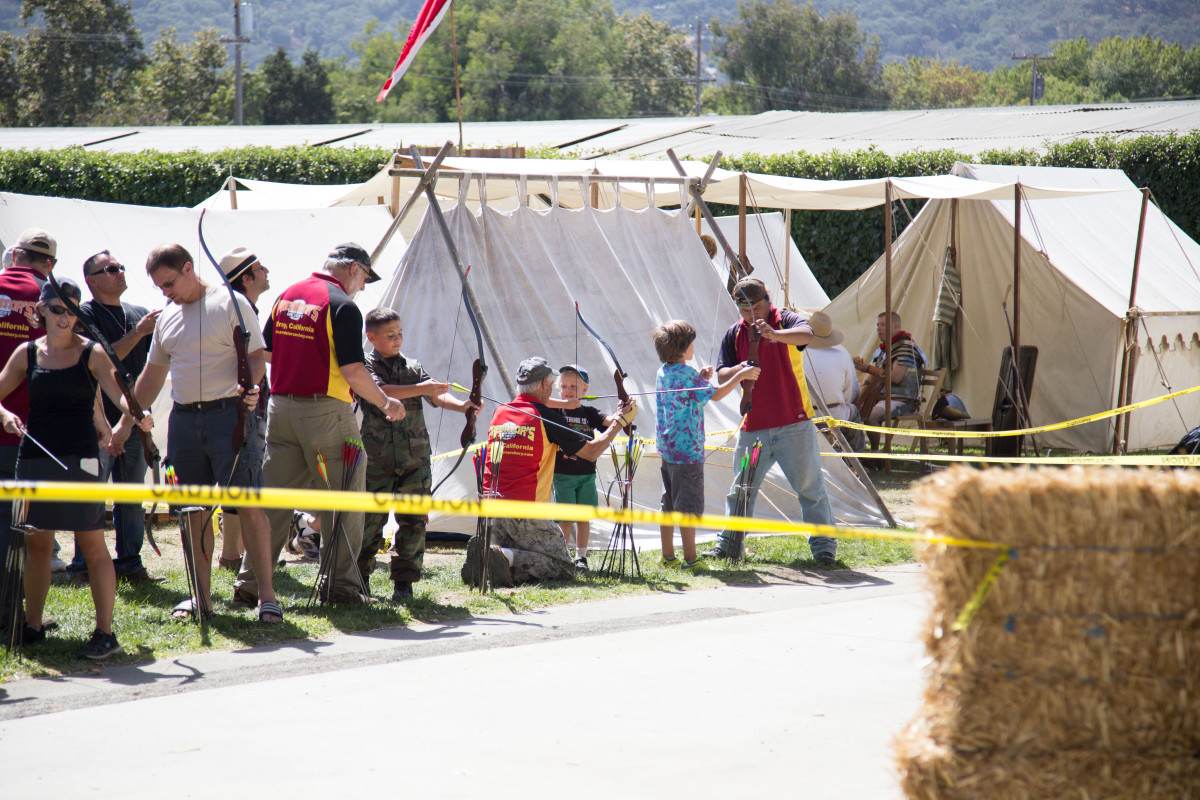 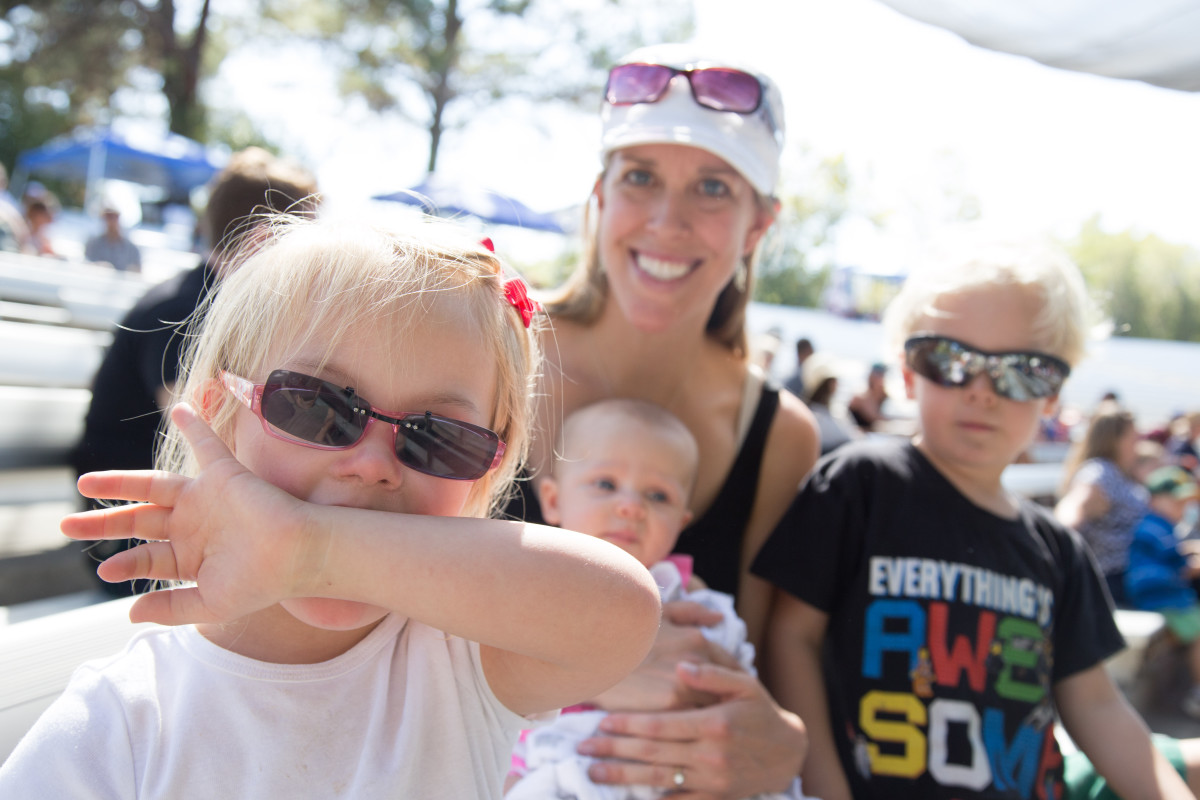 Tyler being served up some play food by Dylan and his buddy. 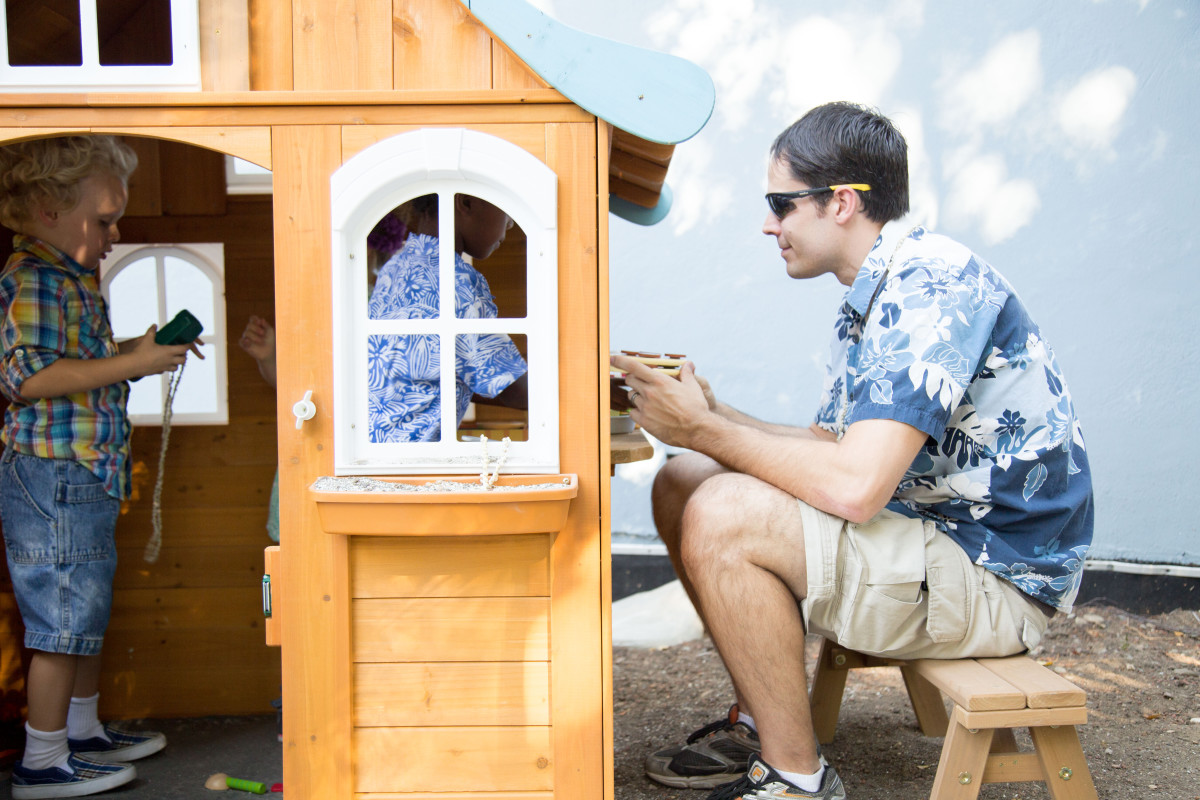 You know when you think your cucumber plant might be done because you haven’t seen any fruit in a while and then you push aside that leaf and find this….? 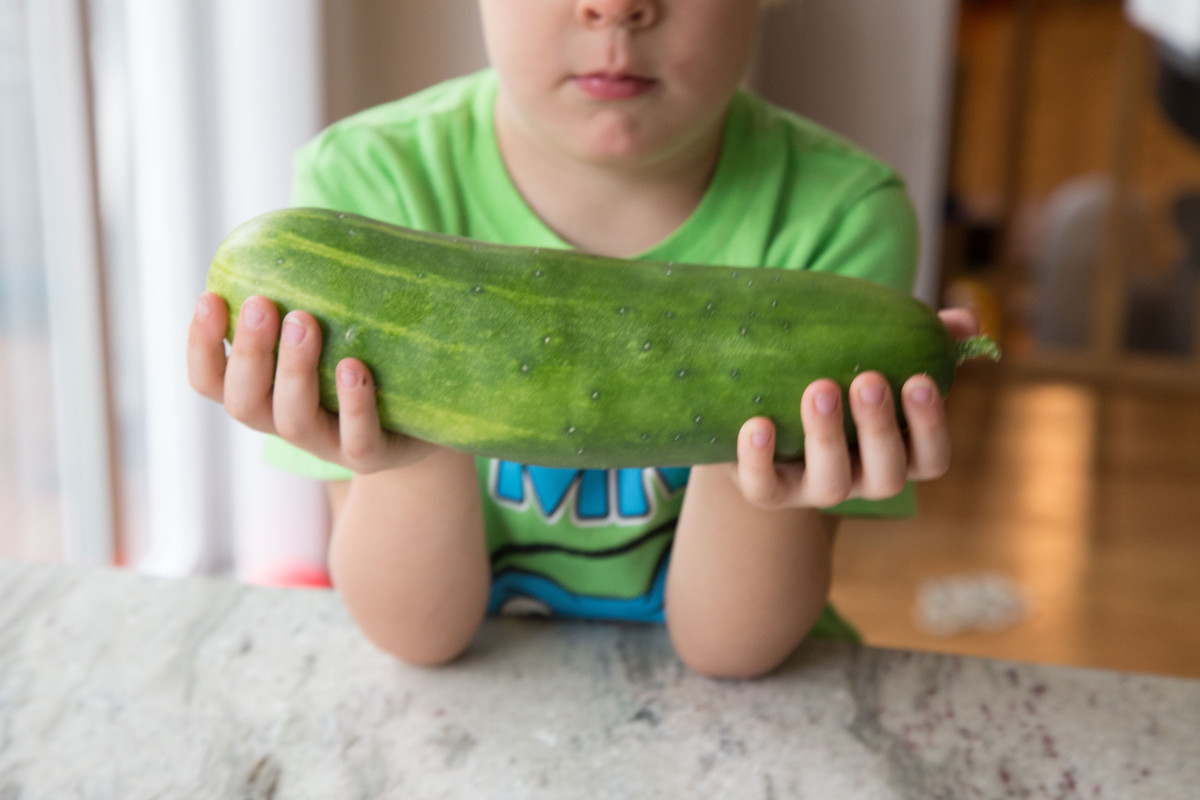 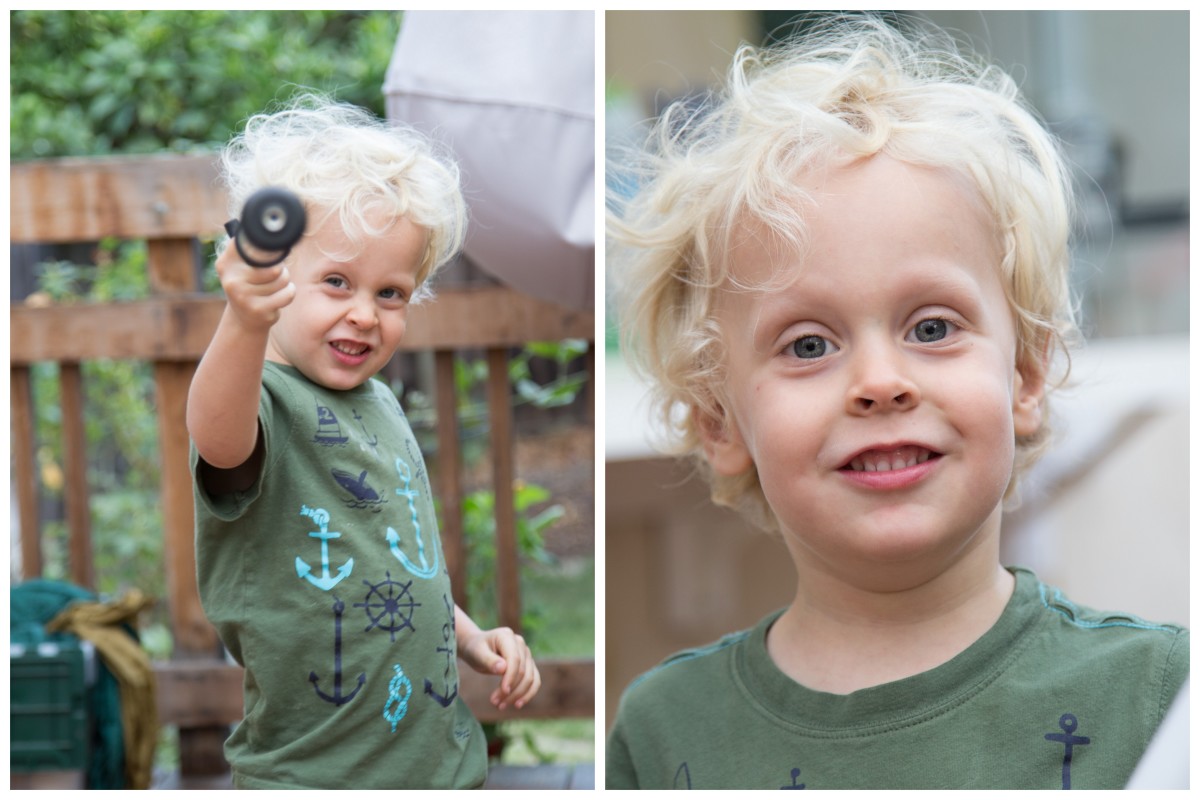 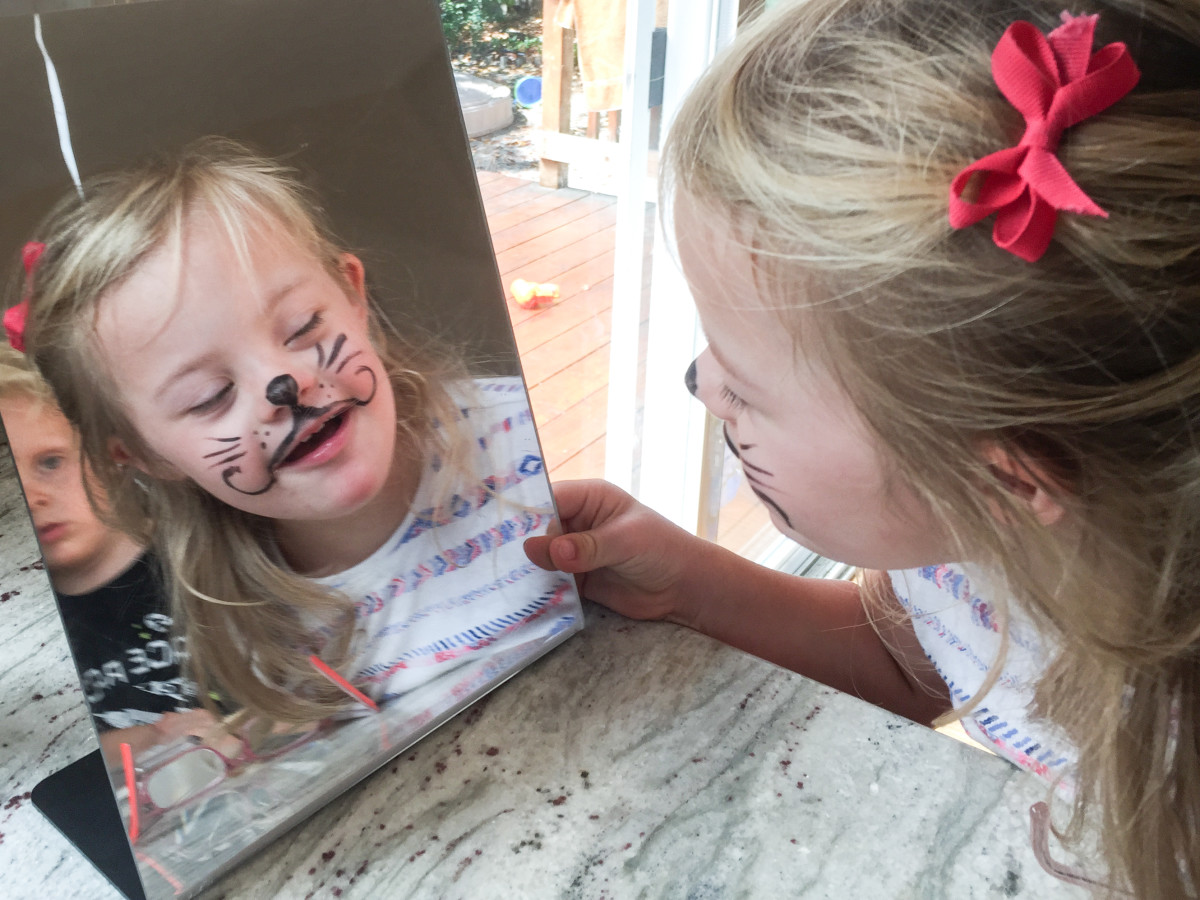 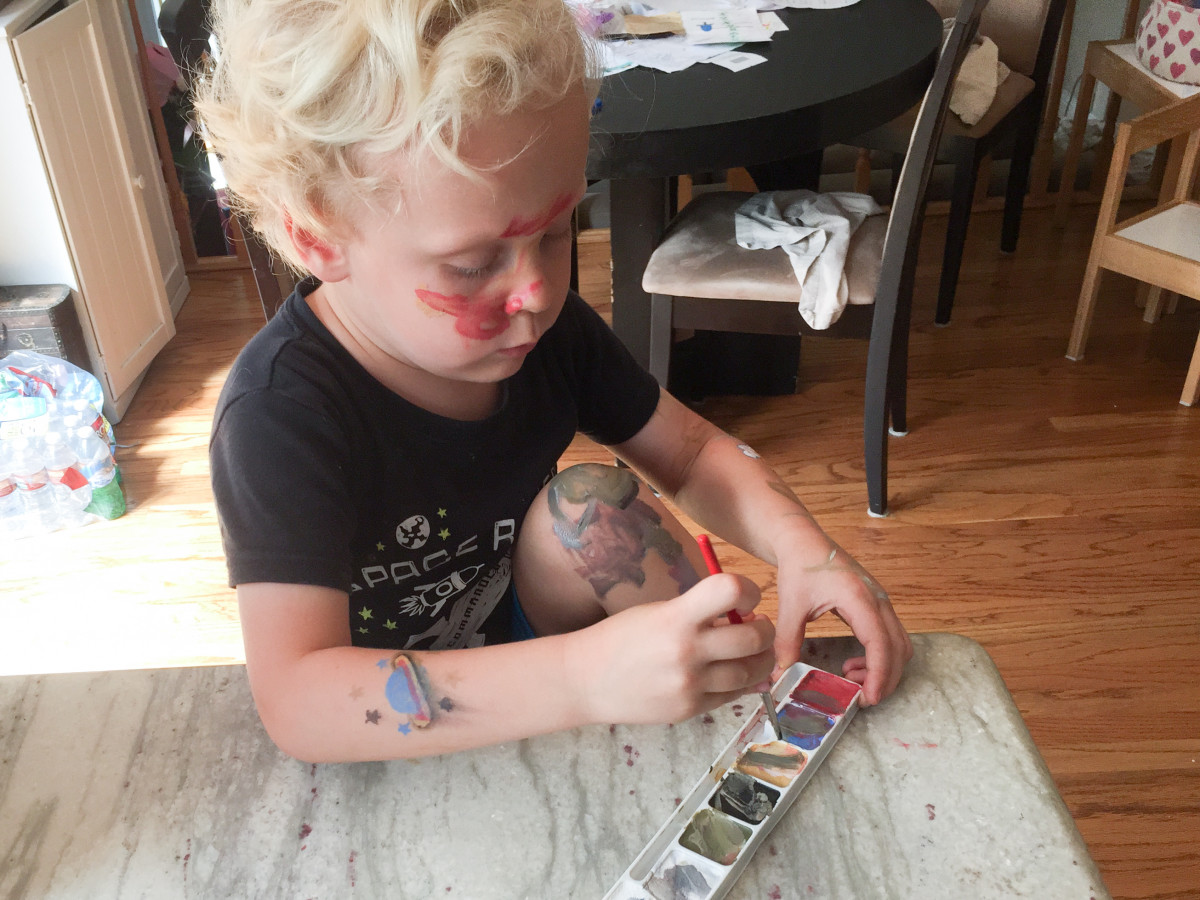 Thank goodness for pictures to help me pause and appreciate these moments that fly by so quickly.

How about a burrito?