So I resigned from my coaching job today.  Through much deliberation I’ve realized that the immensity of the time and energy commitment of running a high school program is too much for me and my family at this point. I’ve done almost everything to keep coaching a part of my life the past four years, I even birthed both babies during volleyball seasons with hardly a glitch.  But the kids are at a point where the twelve weeks of all-consuming “mommy’s going to volleyball” is too much…for them and for me.  Everything non-survival and non-volleyball would have to go on hold again as it has for the past four years.  And it’s too much.  But I’m sad. This program was a baby of mine.  I came in when it was at a low point and was able to see it molded and shaped into a respectable program with proud amazing volleyball players, a league championship, and playoff matches on the trophy shelf.  Yes I lost sleep and deepened wrinkles over playtime and high school girl drama, but thus far it has all paled in comparison to the satisfaction of hard work paying off.The most common response I have gotten with the people I have told is “family’s first.”  Yes. Absolutely.  Duh.  But it’s not that simple.  Coaching is one way that I took care of myself.  It fueled the inner fire in a way that sparked hard work, pride and creativity.  I needed to quit to regain those cherished family evenings and relinquish those who had bent over backward to make it work for me.  Yet, I grieve the loss of community, the change in identity (what am I about now? what is interesting about me?).  I still want to direct energy and thought to something that resonates with my core, just not something so consuming.  I’m trying to be open to discovering what the next thing might be.  But in the meantime I’m reminiscing gratefully on this life season that’s ending.
BELOW: My favorite picture of coaching, taken this past season.  I love the moments where I can’t stay in my seat because the team did something awesome.  There are SO many things to fist-pump about….so many light bulbs turning on, challenges overcome, moments being stretched to do something beyond what used to seem impossible. 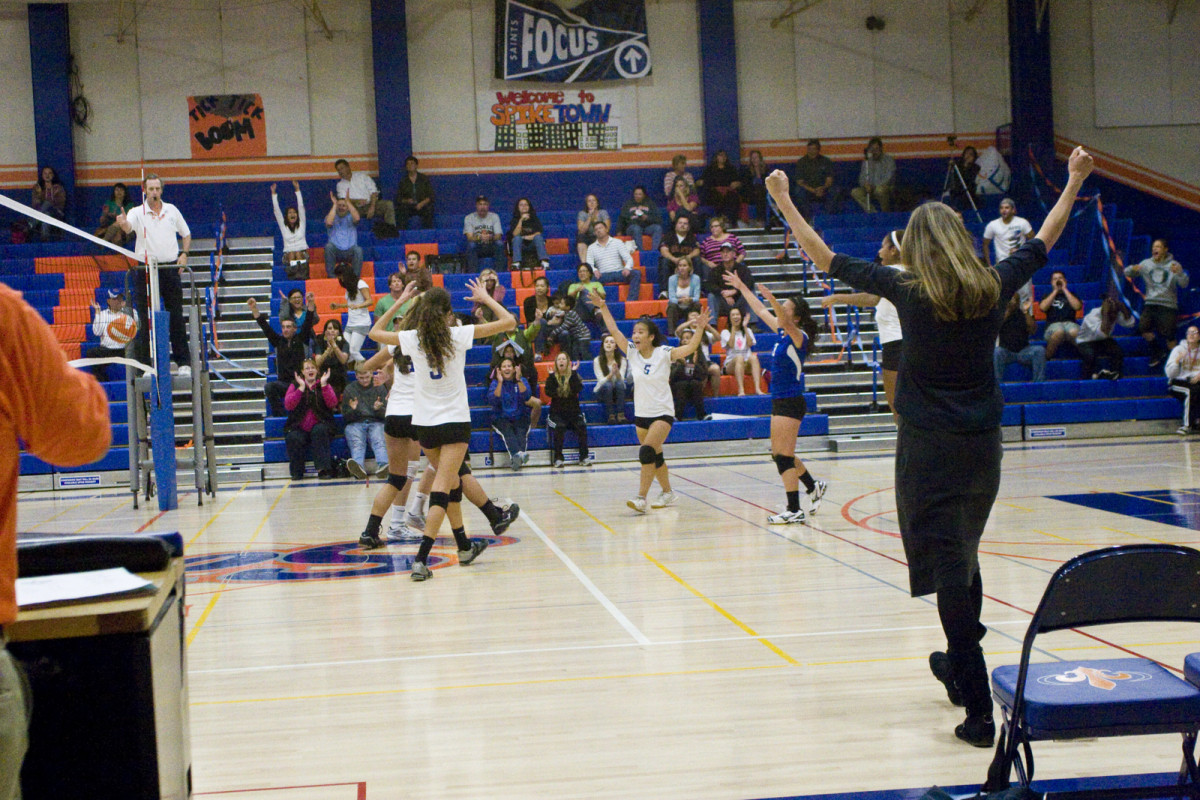 Some would argue I stuck in coaching too long…Here you see a week-old Dylan in the huddle.  The funny thing is that coaching seemed much more doable pregnant and with newborns, than it does now with toddlers who are keenly aware of the role mommy plays.  It’s also harder for me to leave them.

And again, running a camp while 7 months pregnant with Whitney.  She was born the week before tryouts of my second season.