Flying Solo: getting by while daddy’s traveling 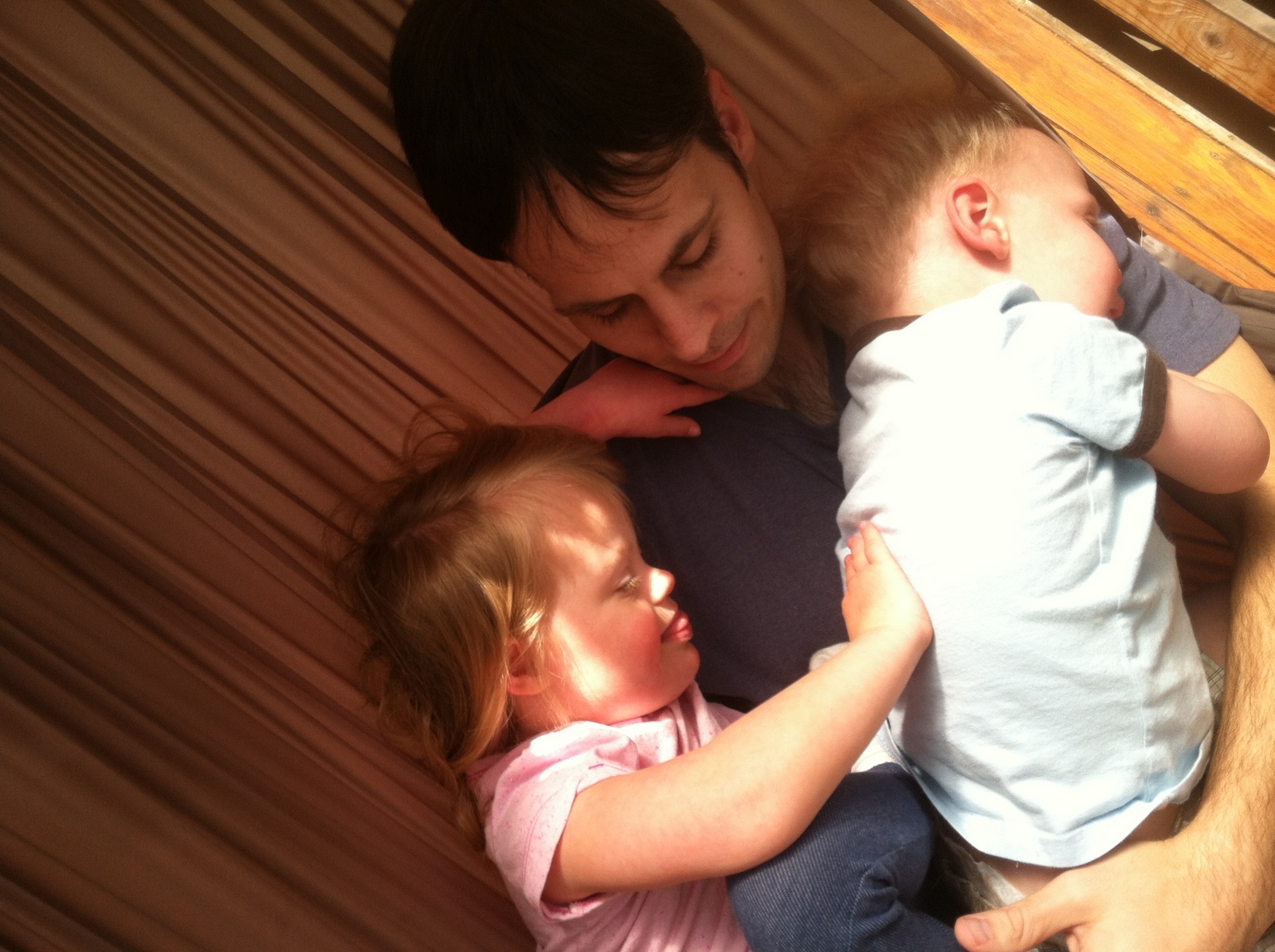 Tyler’s out of town for most of this week.  Nothing like travel and having to dust off the super suit alone for a few days to remember how much I absolutely love and appreciate my husband.

The kids are constantly asking for Daddy.  Where is he? What’s he doing? Declaring that he’s working or perking up and saying “Daddy’s home!” Nope, he’s not honey. At this age I think it’s really hard to understand the concept that he’s gone for a few days but is coming back.  I made a little cartoon strip to try to help them understand that it will be a few days (after school, after bath night, after pizza at Grampa and Gramby’s house) and then he’ll be back again.  Dylan’s pretty interested in it, he’ll point out what day we’re on based on what we did, and he’s very excited about pizza night. 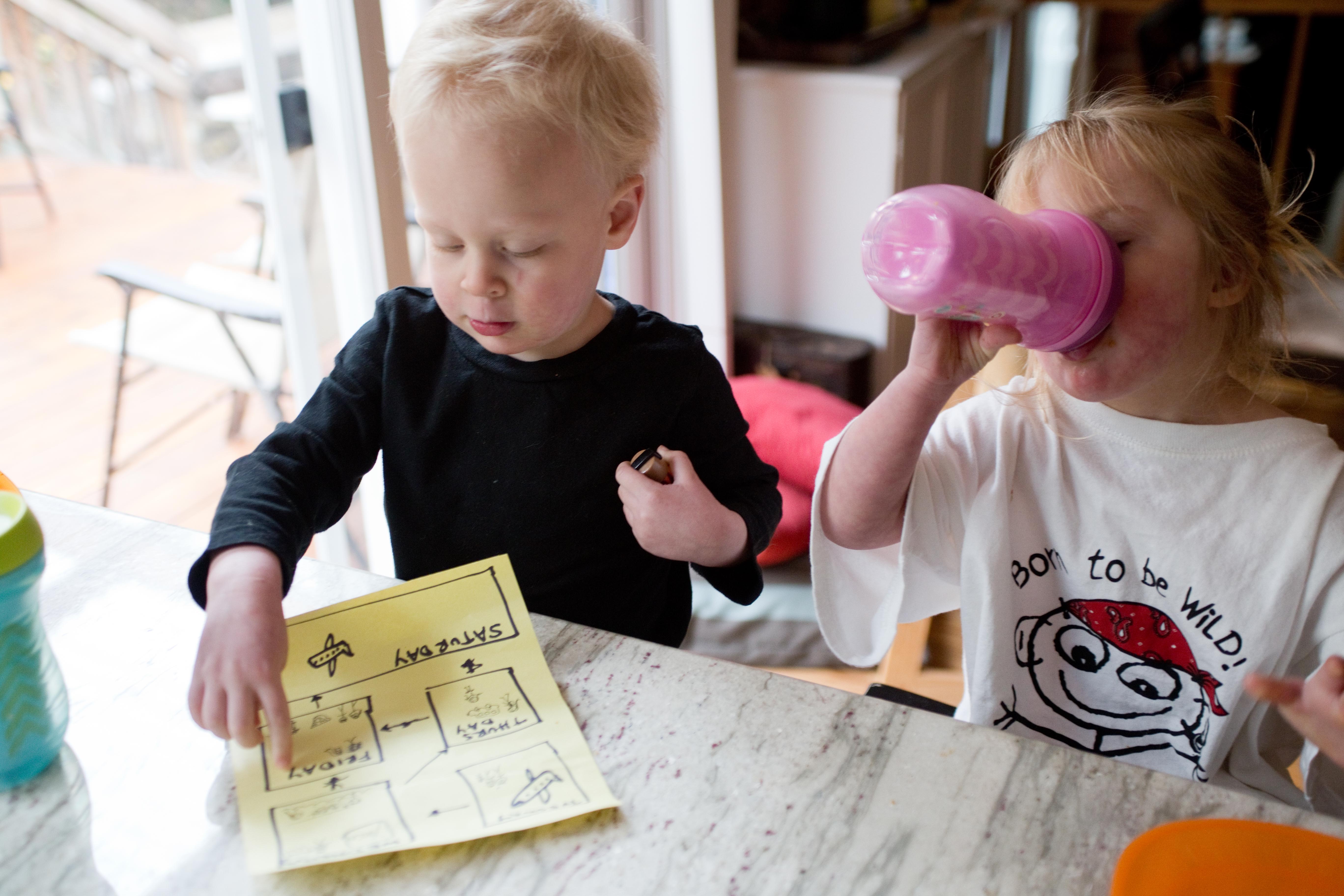 When Tyler’s gone we do things like eat muffins for breakfast, leave dishes in the sink, and watch movies.  We’ve scrounged for dinner each night (I haven’t cooked) but I’ve done three different baking projects.  I keep having to adjust my ambitions with my energy levels and emotional reserves…as much as I’d love to clean up all the messes and organize the pantry and take care of that donation pile before Tyler gets home I’m also okay if we just get through surviving the week. 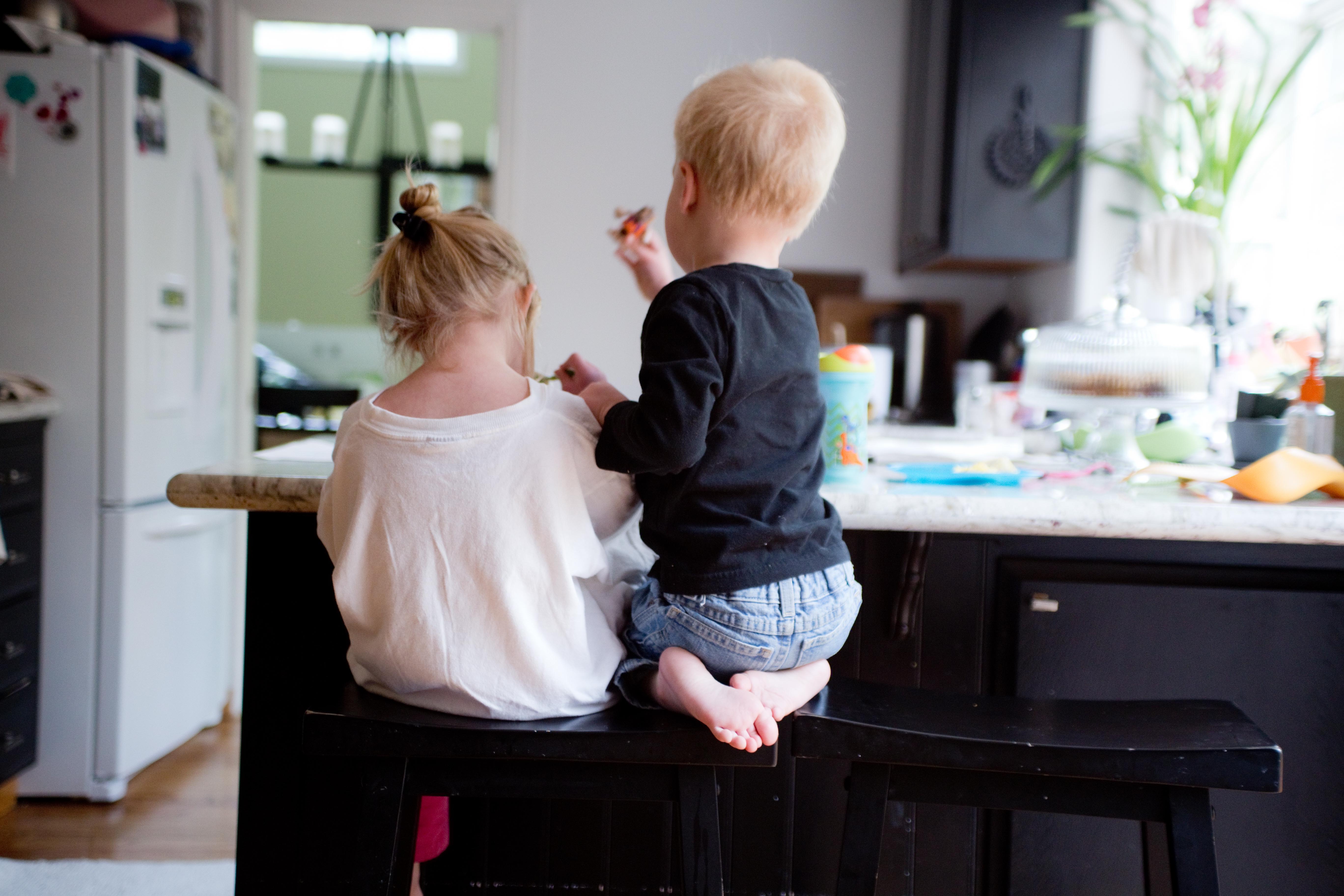 I asked the kids to “draw daddy” soon after he left and now I’m obsessed with asking Whitney to draw people – she’ll talk out loud and say “ears…ears” as she’s circling big ears on either side of the face and “bo-dy” as she’s drawing a long vertical line down. I love these “people” with long legs coming out of the head. Dylan’s drawing actually looks like a face, but I think it’s coincidence. He was asking me to draw for him the whole time. 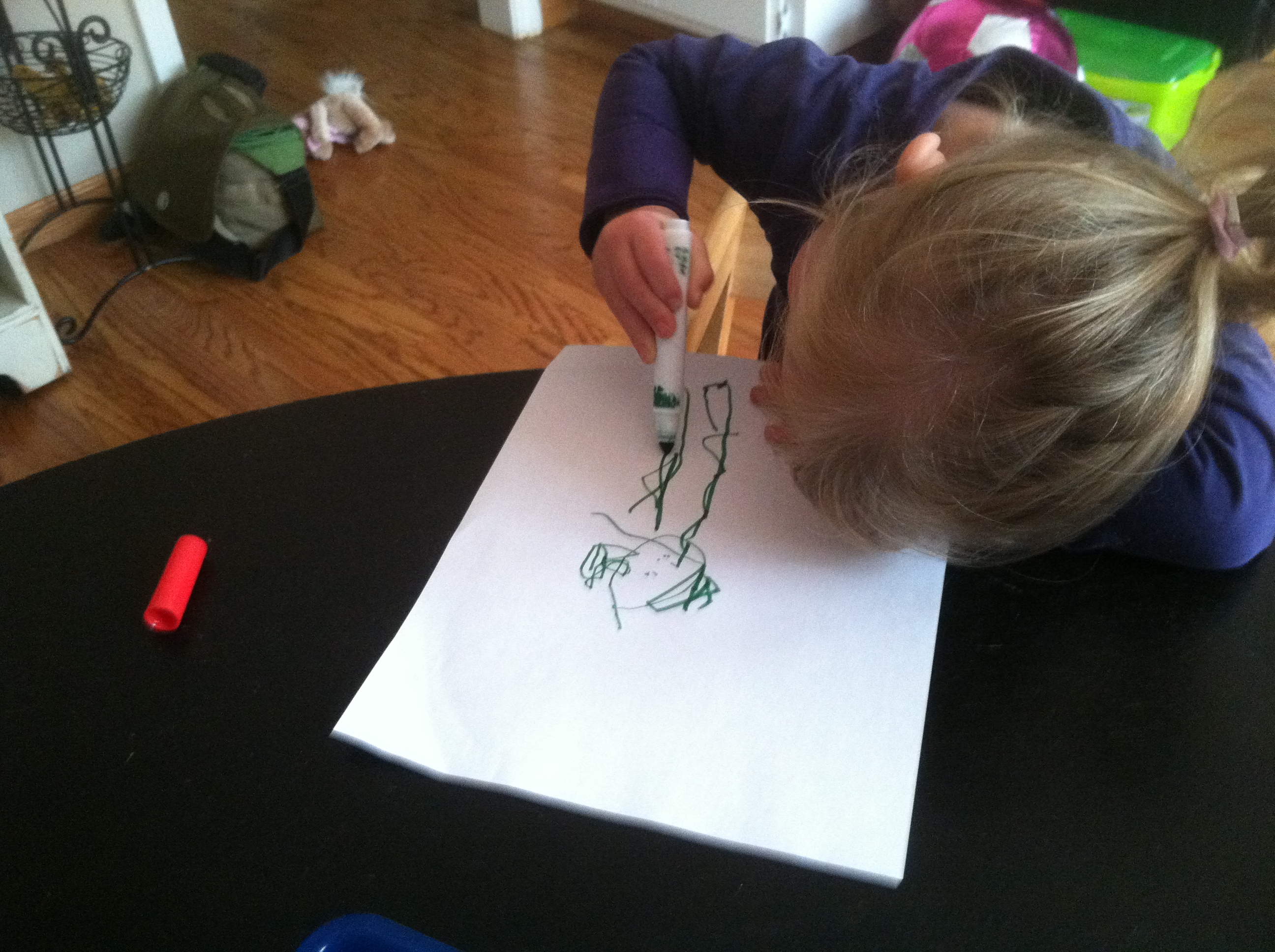 Whitney’s on the left and Dylan’s on the right. 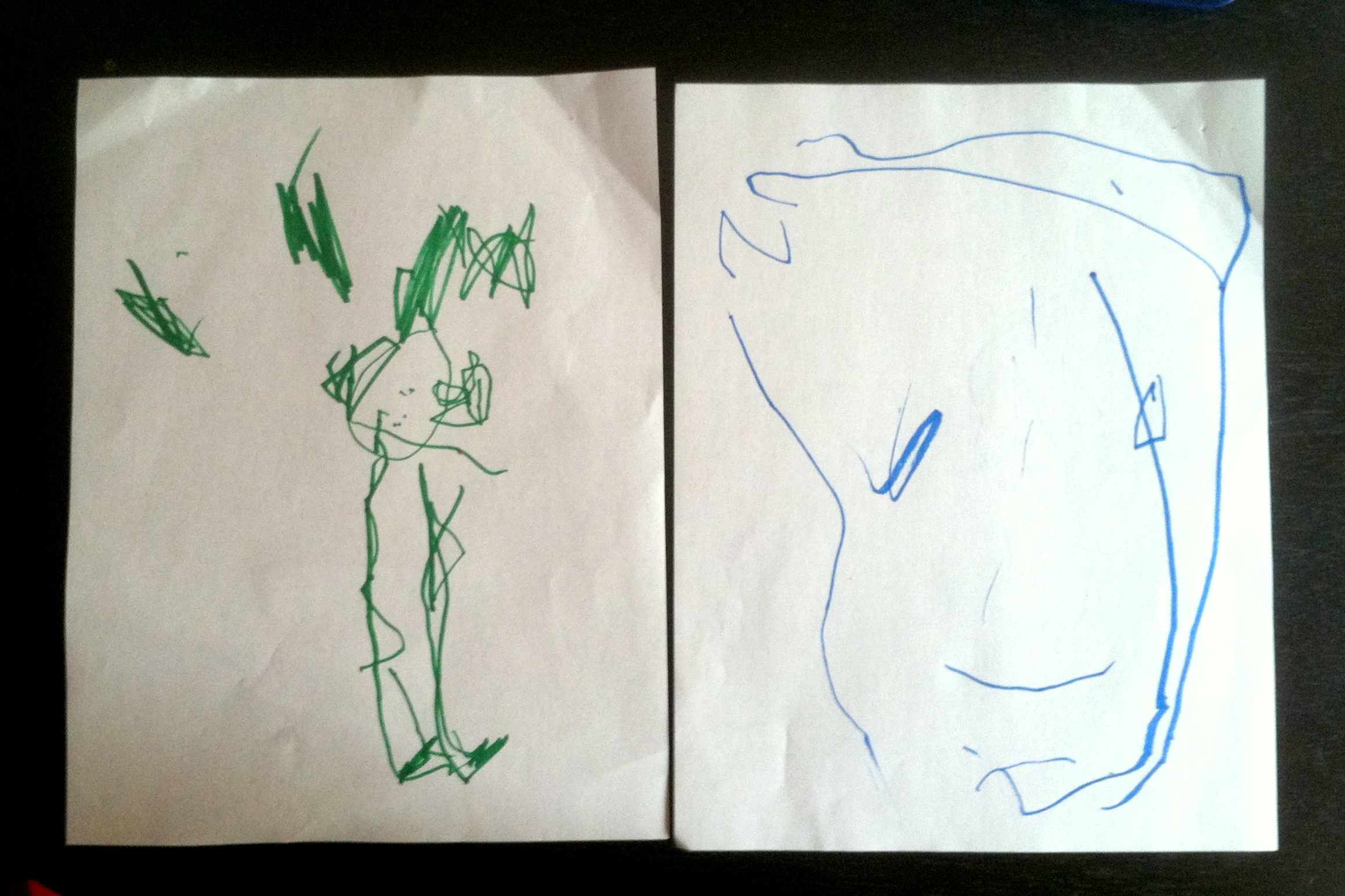 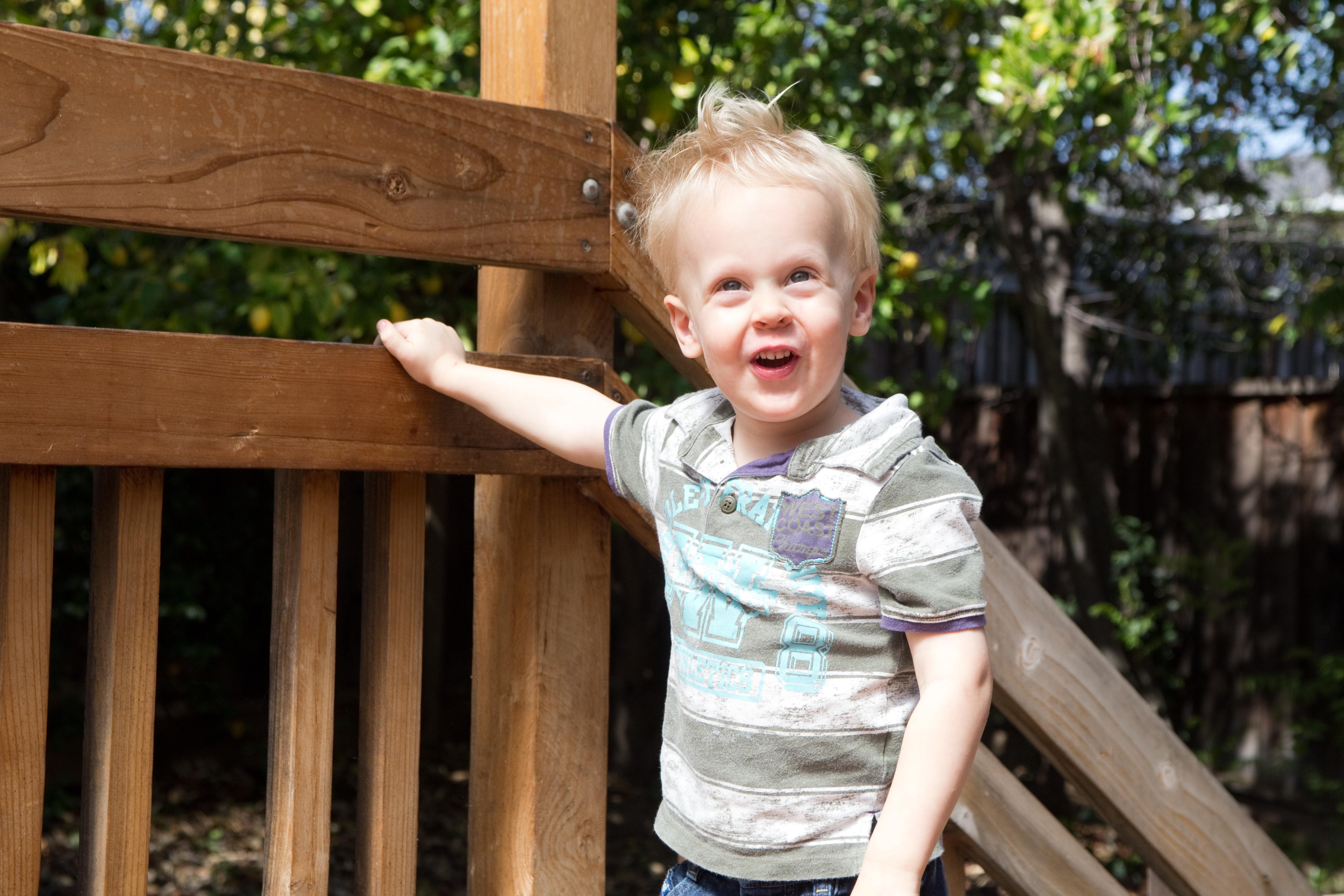 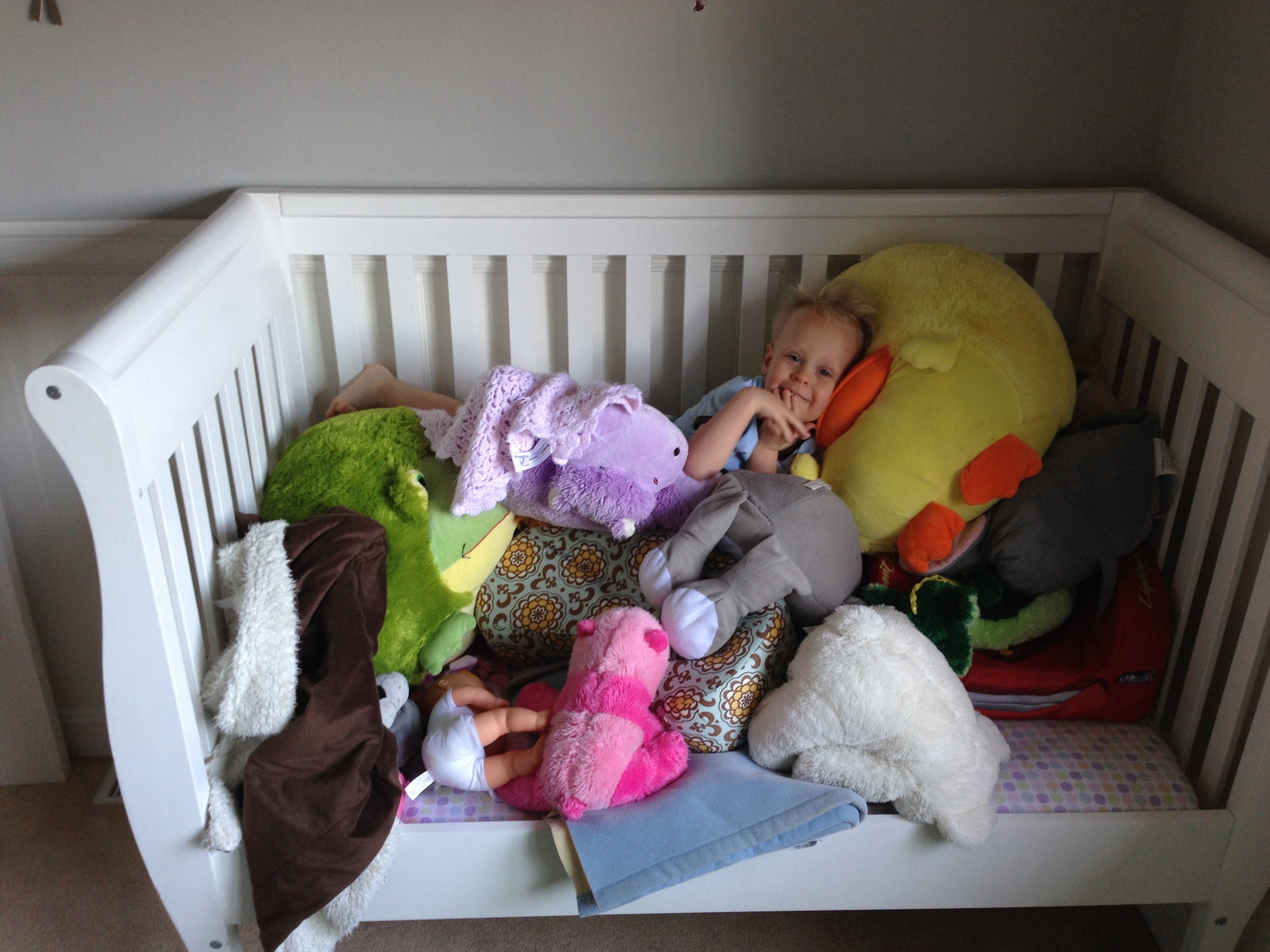 My boy loves his buddies. Our awesome neighbors gave us these Buzz and Woody cutouts and Dylan says he’s partial to Woody. And of course he’s still all about his plush. 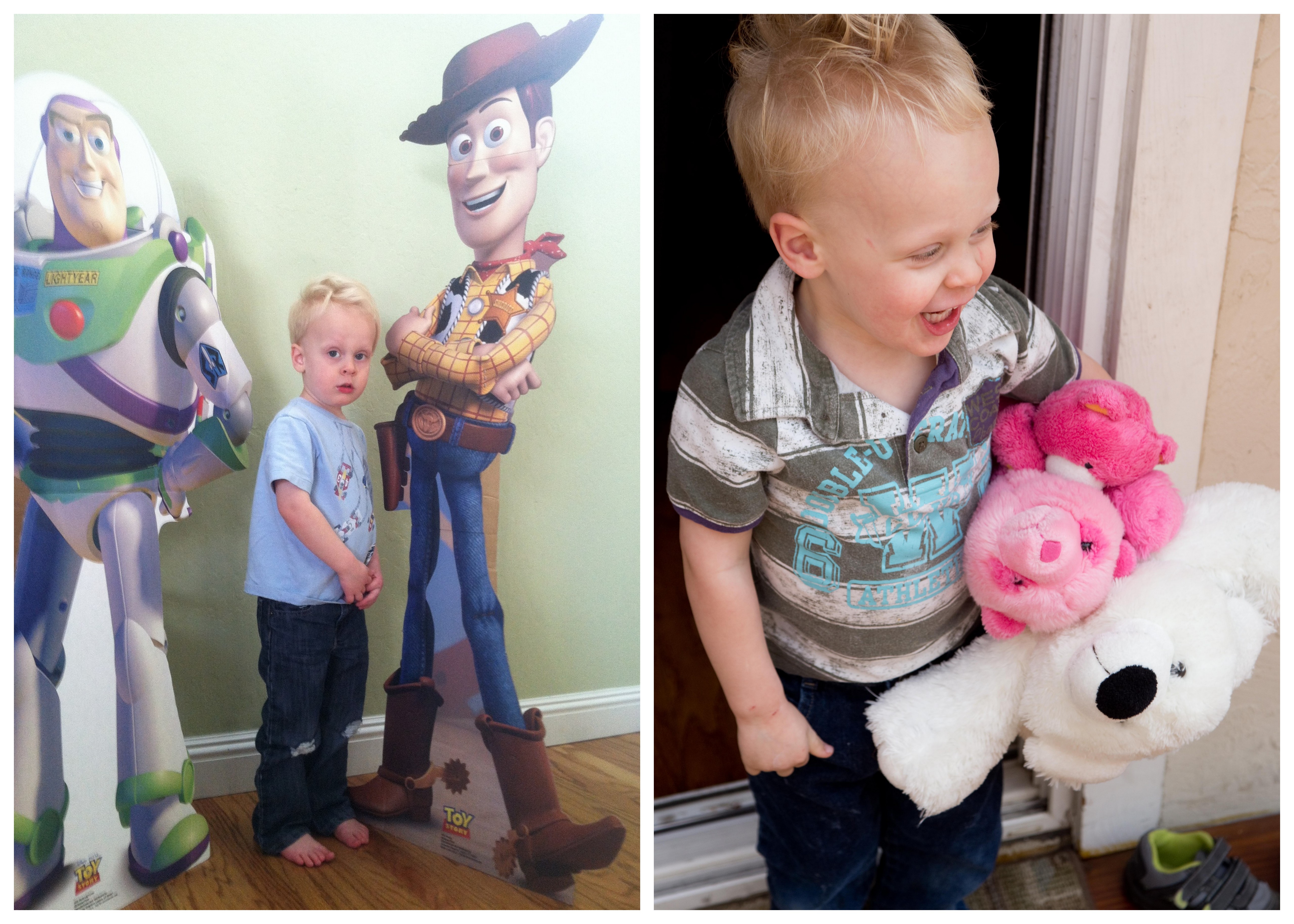 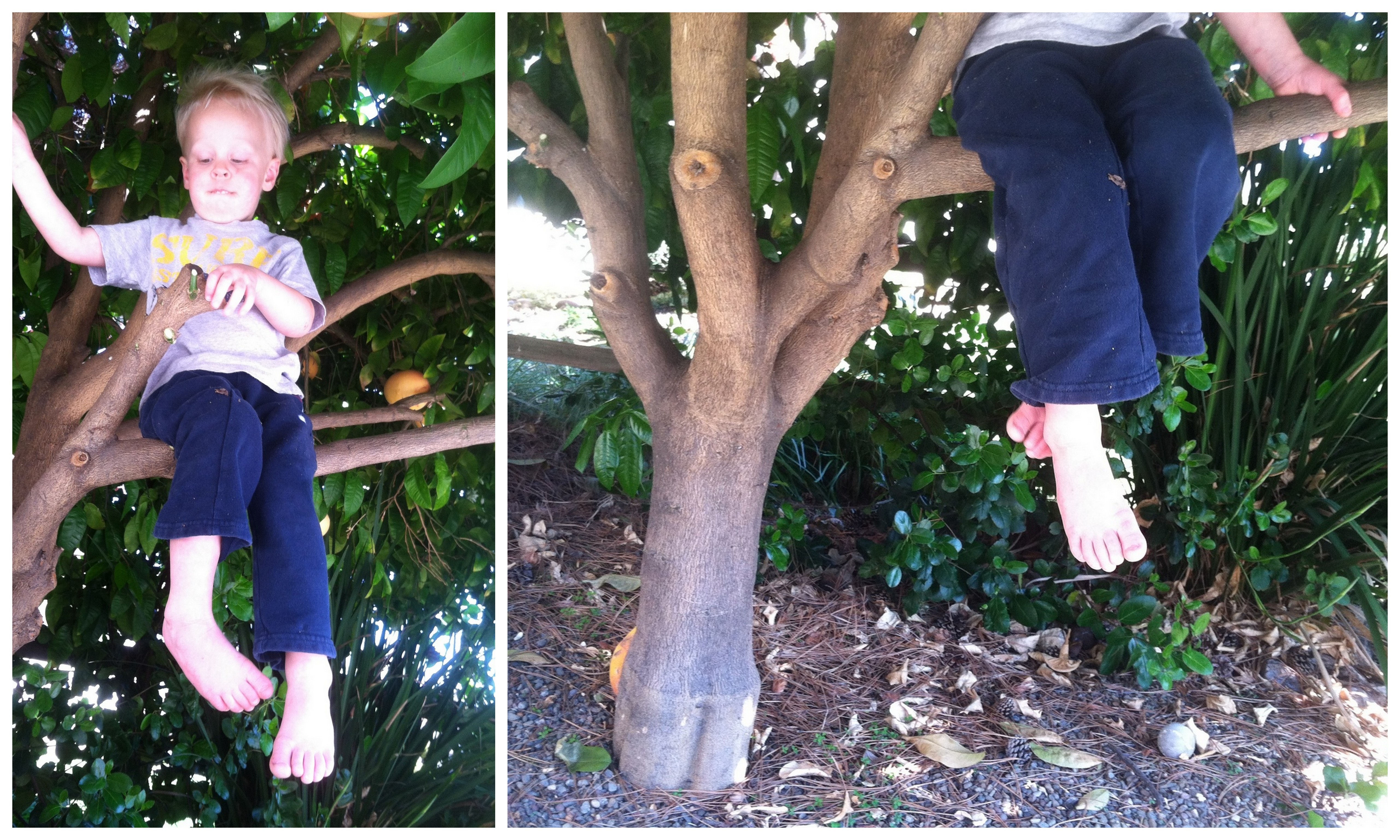 May we all give an extra squeeze as soon as possible to those who make our lives so much better.