Every year on March 15th my mom reminds me to “beware the ides of March.”  Just kidding, right?  But no, seriously, in reality I basically brace myself every time I flip to this page on the calendar.  March is a month of remembrance for me, especially for very challenging experiences that have fallen on it’s pages.

Yesterday (March 14th) was three years since Whitney had open heart surgery, which also happened to be the catalyst for starting this blog. The day is remembered both as gut-wrenchingly stressful and also as a celebration of the day Whitney’s heart was made whole, and each year I’m grateful for the many ways she has grown and thrived since that day.  And I’m so glad it’s over!

March 21st (3:21) is World Down Syndrome Day (since Down syndrome is characterized by three copies of the 21st chromosome, get it?). I’m still not exactly sure what we do on this day, it’s mostly for raising awareness…so consider yourself made aware.  Now let’s go have a barbeque or something.

March 23rd, 2010 is when I found out that Whitney would be born with Down Syndrome, that fateful day when I received a paralyzing phone call delivering the prenatal diagnosis.  How little I knew then about what life would be like now, six years later.

Last year, on March 1st, Whitney was admitted to the hospital after a tonsillectomy recovery turned into a bad case of pneumonia.  Good grief that was tough.

And on a happier note, March 8th, 2011 was when I realized I was pregnant again (surprise!) with Dylan…I was shocked and couldn’t help laughing.  Raising kids that are 14 months apart has been a wild ride, especially with the two I was dealt.  What a funny adventure the last five years has been! It is sometimes almost unbearably difficult, but I assure you I can’t imagine life any different and am whole-heartedly grateful.

So far it has been a mild March this year…phew! (Excuse me while I distract myself with funny photos instead of thinking about all the possible plot twists that could be thrown into our family adventure at any point.) 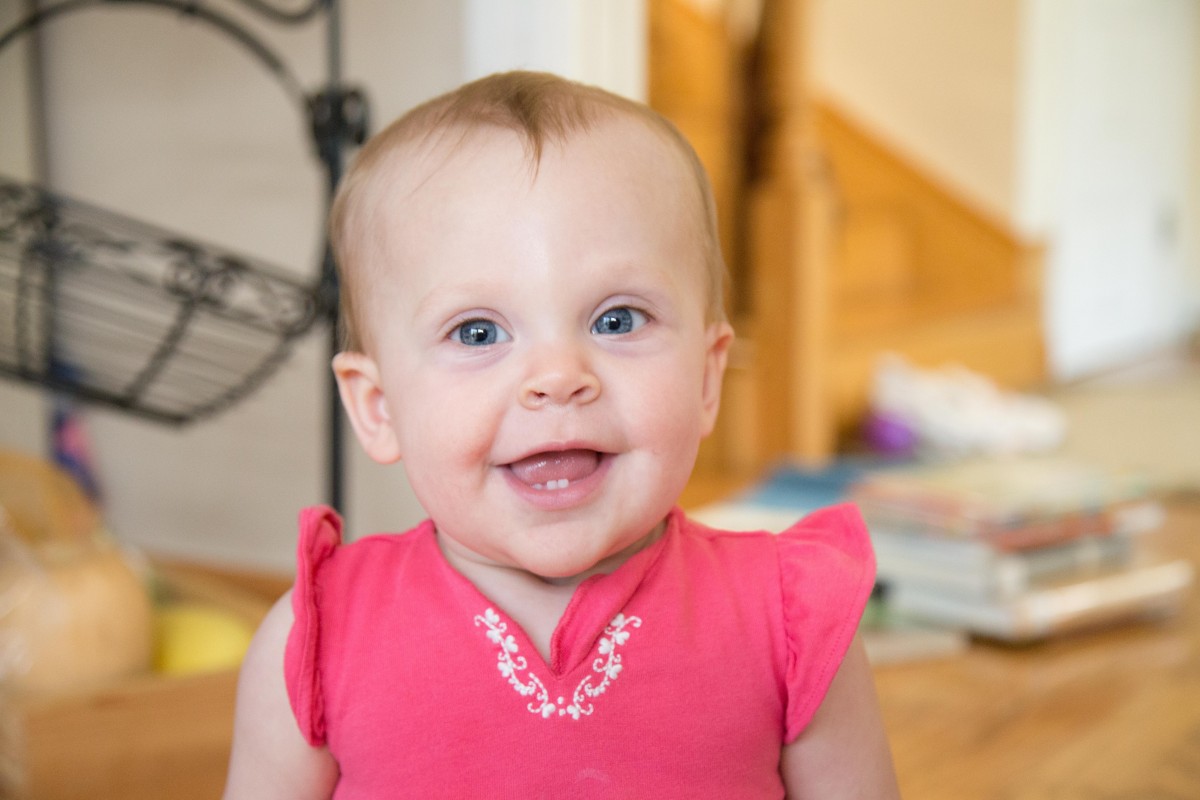 This little button has been up to some fun.  She is sprouting teeth like it’s her job – now six! She is constantly patrolling all floor surfaces (and now grabable shelves) for any debris and dangers mommy might have missed.  We haven’t found a food she won’t eat, and she has mastered hand-to-mouth and tray-to-floor motions.  Dylan holds a magic key to her laughter, and Whitney tirelessly crawls around with her and is often exclaiming “I love her” and wondering if it can be bath time so she can help.  The girls also think it’s hilarious to smash slobbery lips on the window pane.  Leslie says “babu-babu-babu-babu” and “mamamamamama” (must be all that bonding we’ve done in the wee hours of the night going nine-months-strong now). She pulls up in her crib to protest naps and also gives kisses through the bars.  She is a light to all of our lives. 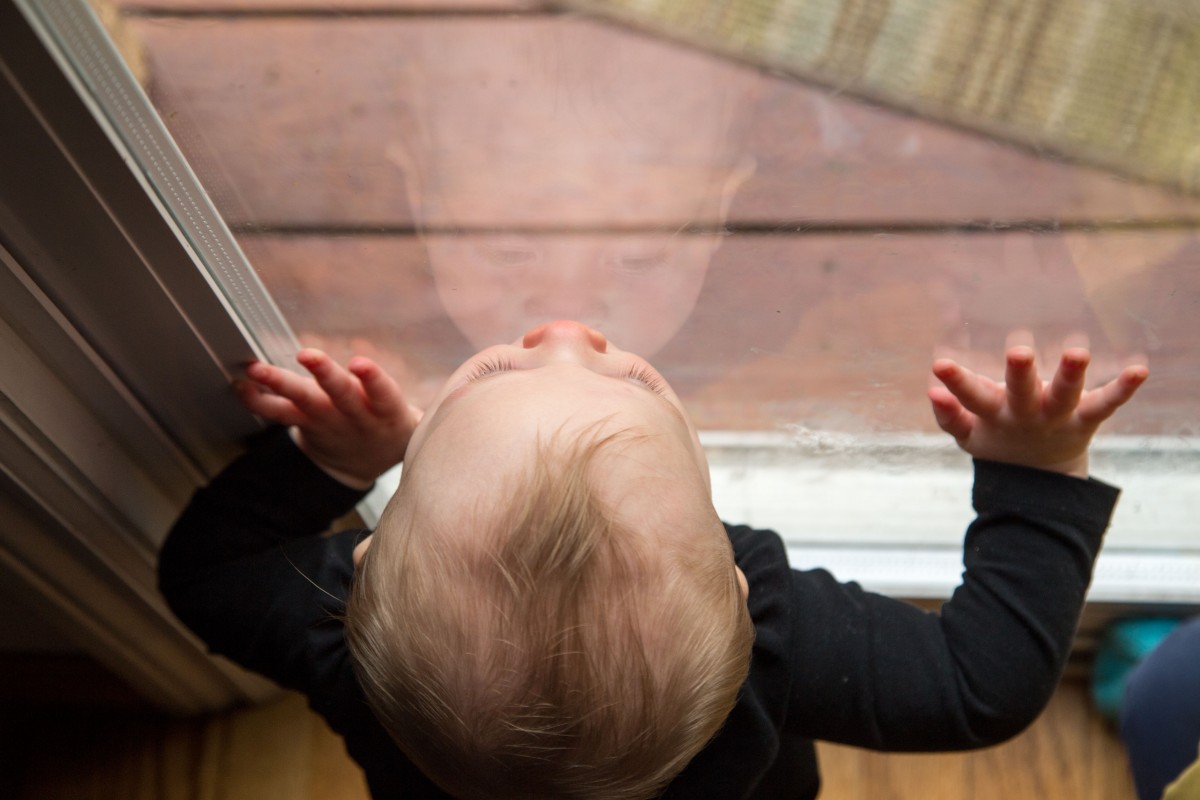 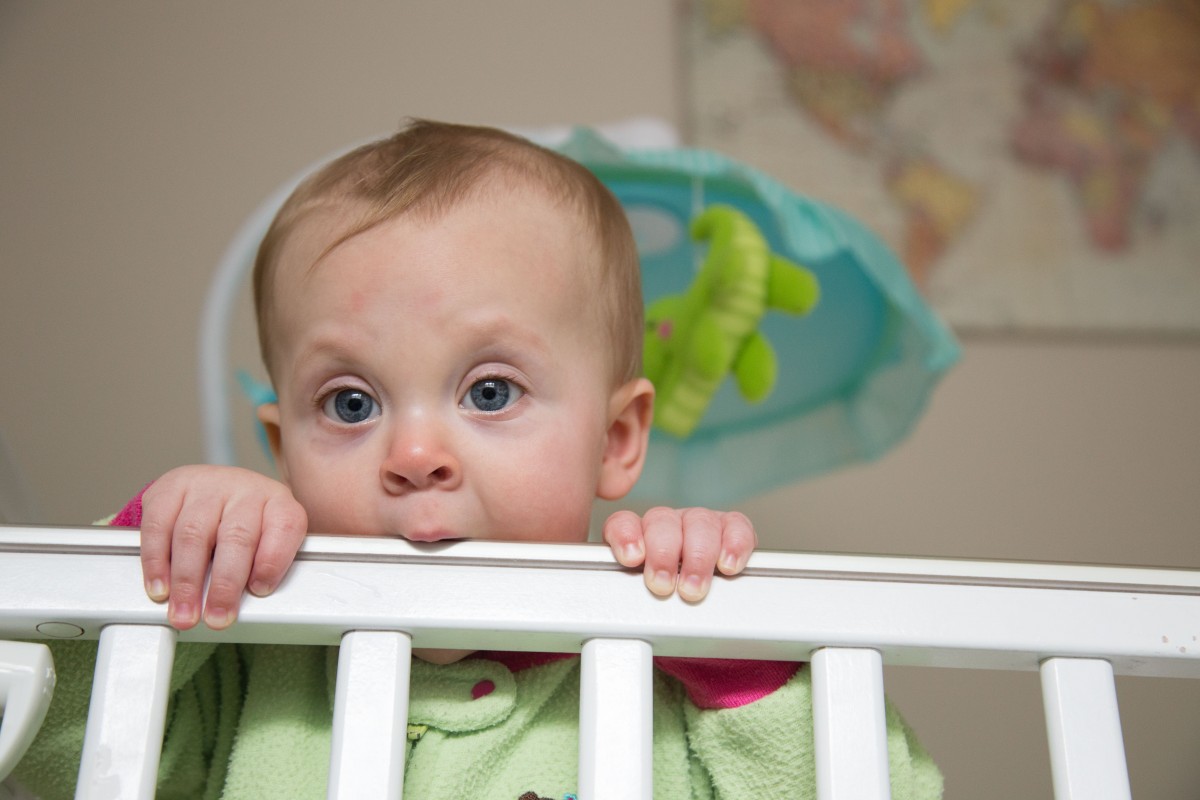 On par with Dylan’s unquenchable drive to be busy I helped set up a “practice egg dying” a few days ago…it was either that or re-build the Ninja Sewer Drain out of blocks or build “spear-rows” (spears? arrows?) for his sling shot made of sticks. 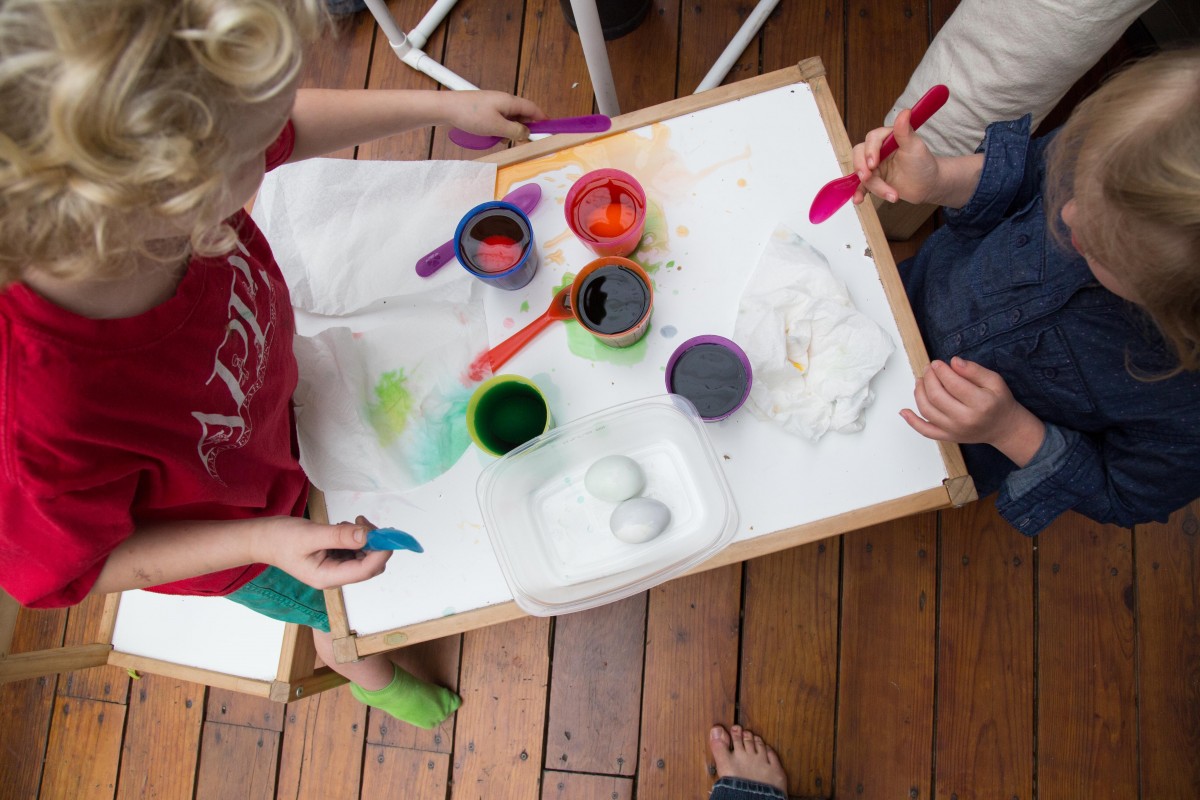 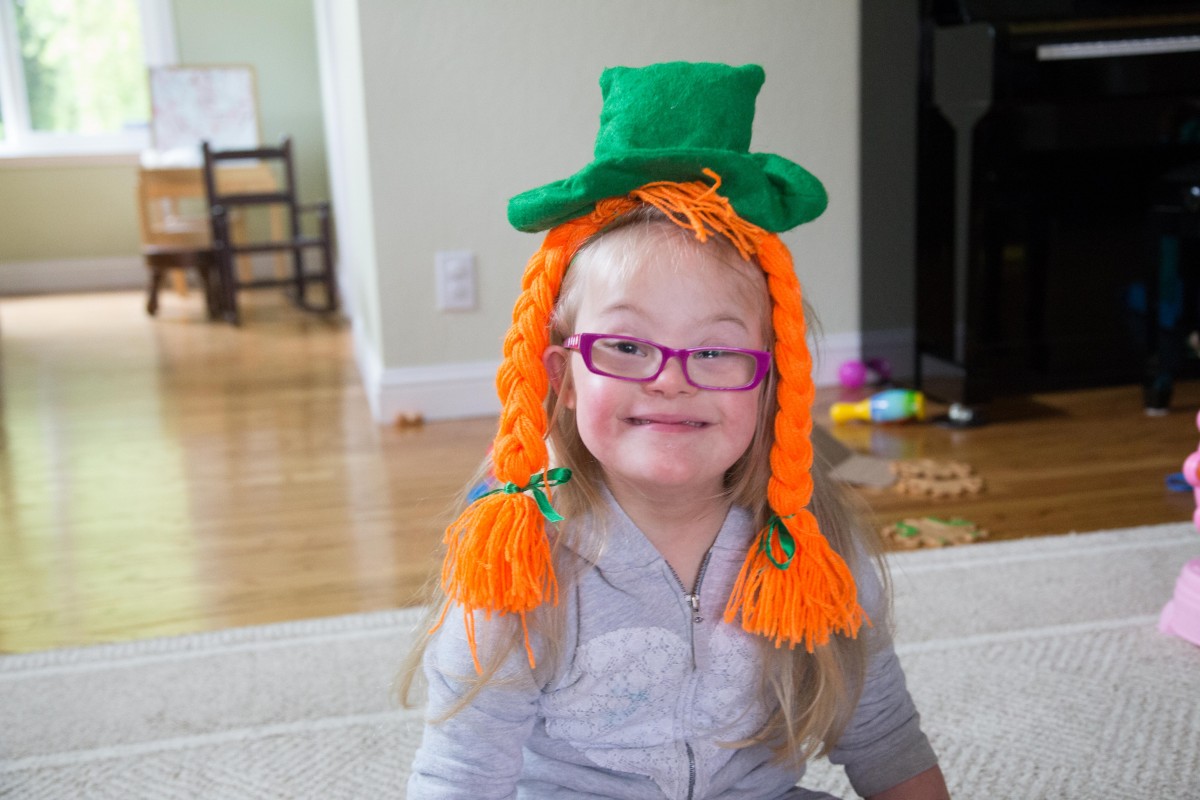 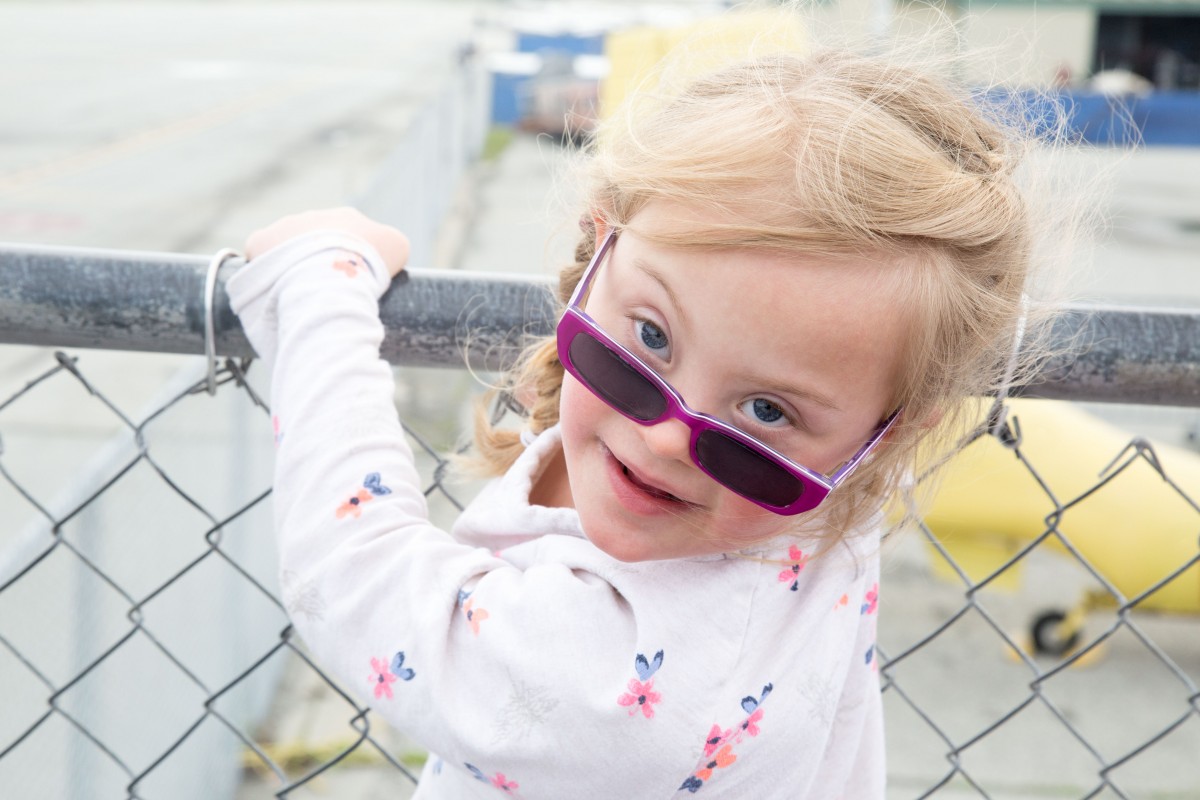 Whitney’s class went on a field trip to the Hiller Aviation Museum.  Her favorites might not have been the same as the docents who led the tours, but she sure had fun running around. 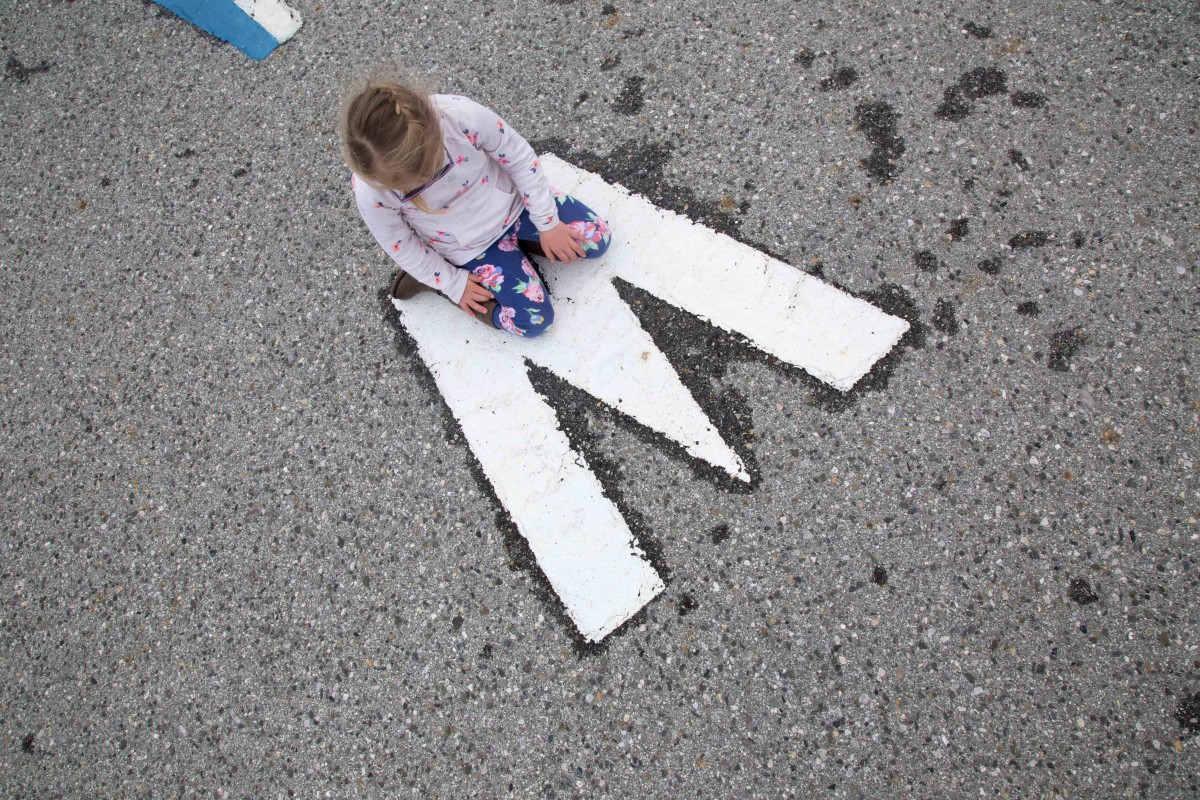 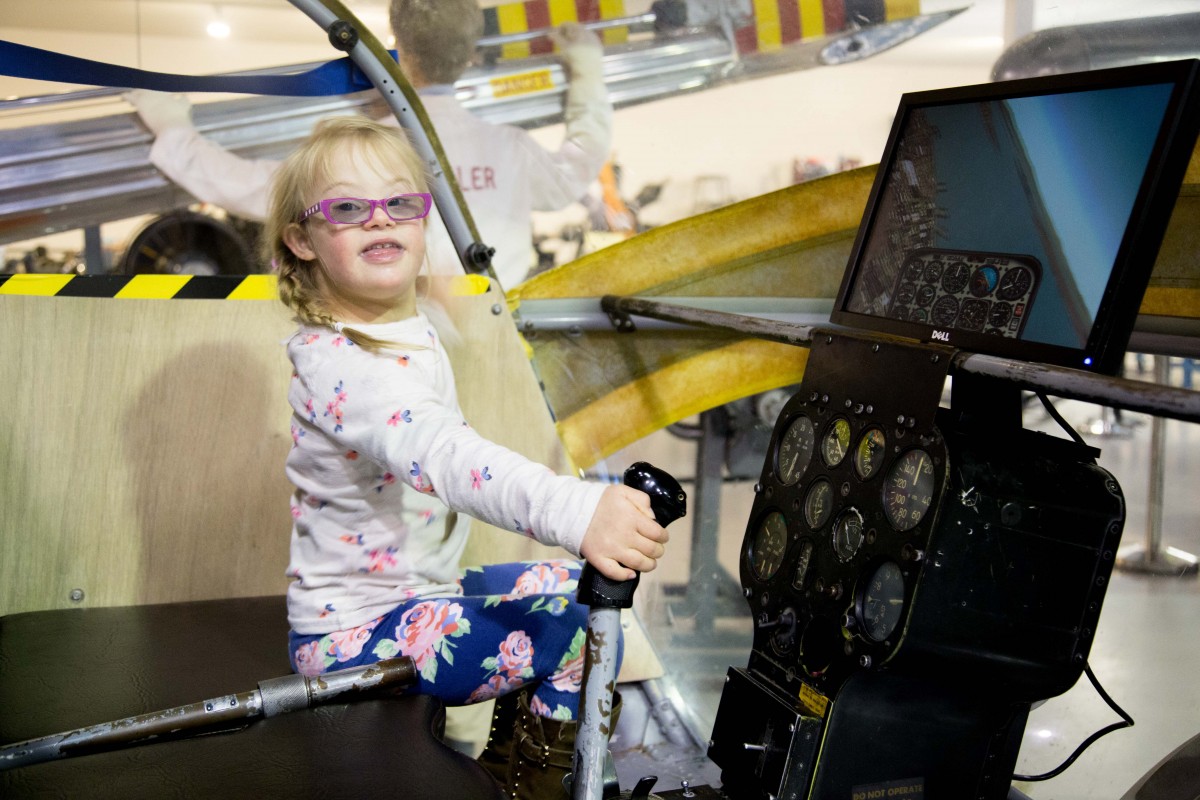 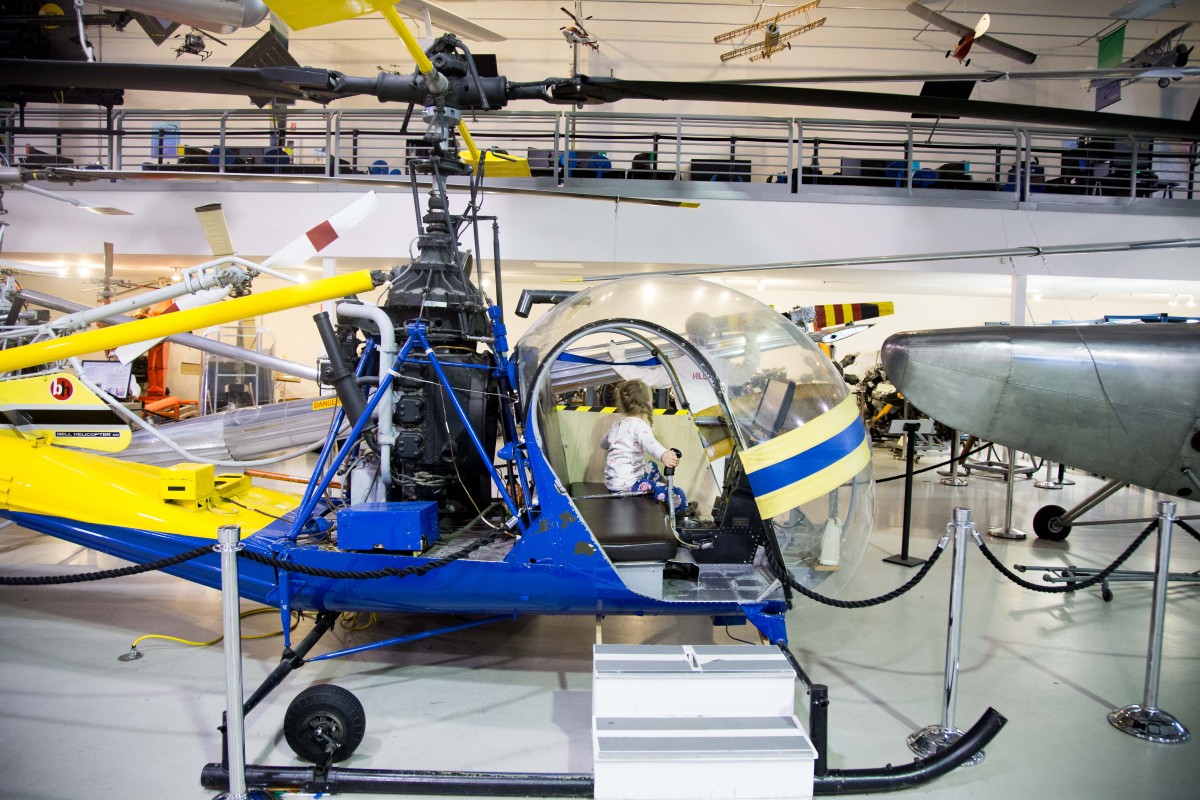