Non-parents forgive me, it doesn’t make sense and is probably not very interesting, but I am all-consumed and can’t help but sharing that it’s Nap War II around here (not to be confused with Nap War I: the crib escape). The Dude has all but given up his nap…and has been fighting bedtime as well.  He used to sleep at least 12.5 hours out of a 24 hour period, but for the last three weeks it jumped abruptly to 9. Translation: frustrated parents.  I have to check myself because my mood so easily sways with sleep success – probably because my time to sleep and/or do anything personal I enjoy coincides with their sleep.  I’m readjusting to 3.5 less hours of discretionary time and wrangled in to a lot more crying, begging, and unsuccessful bribery (please, will you sleep? If you sleep I’ll give you a gummy worm!).  Lord, help me be more graceful with sleep changes!

In other news…we’ve had a lot of fun outside lately, and Tyler and I have been sharing some of the things we enjoy with the kids…something we always looked forward to before we had kids and it’s fun to think that we can start exposing them to new things and teaching them little bits even now.

Sunday afternoon we played at the track…ran bleachers, attempted to teach the concept of staying in lane lines, and cheered on strangers (thanks, Whitney). 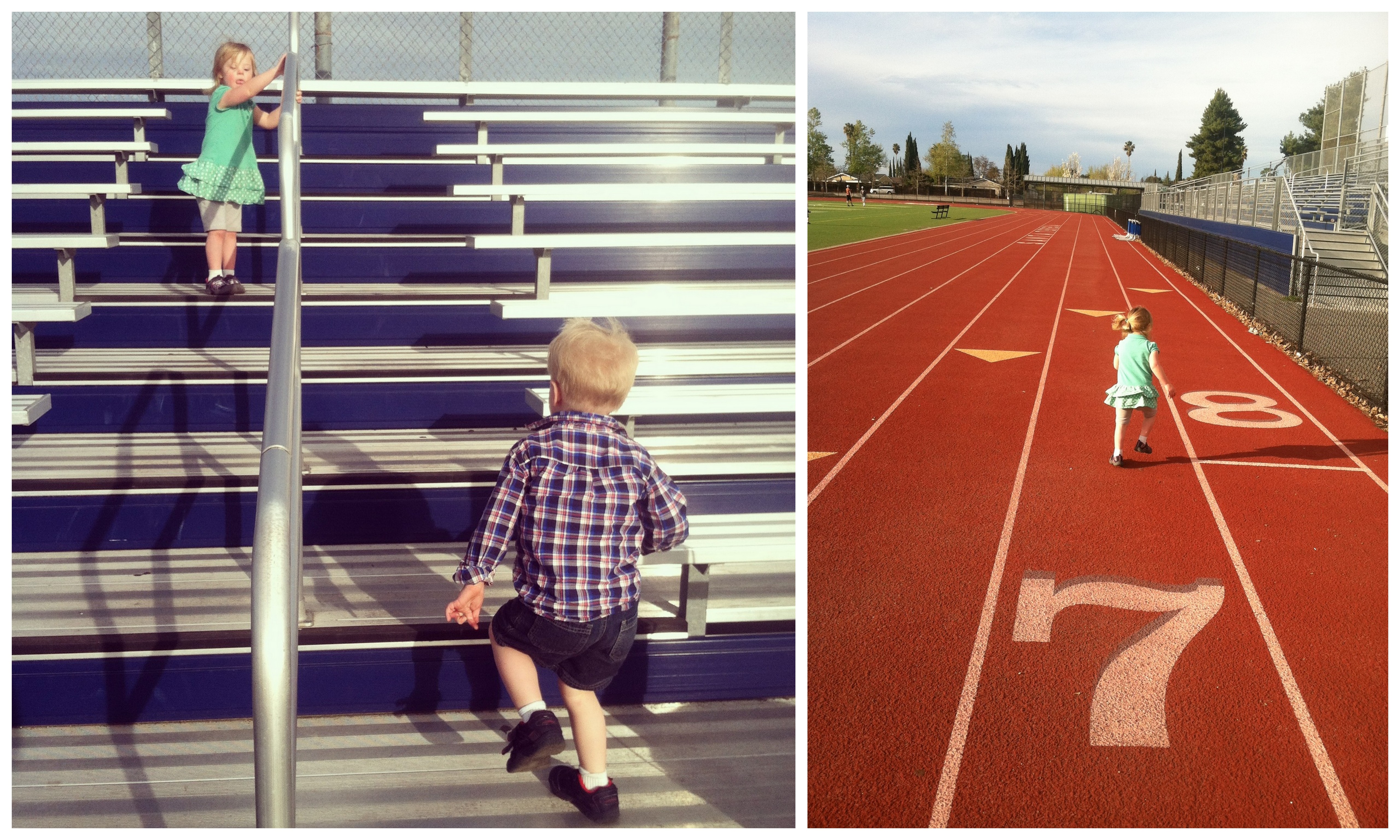 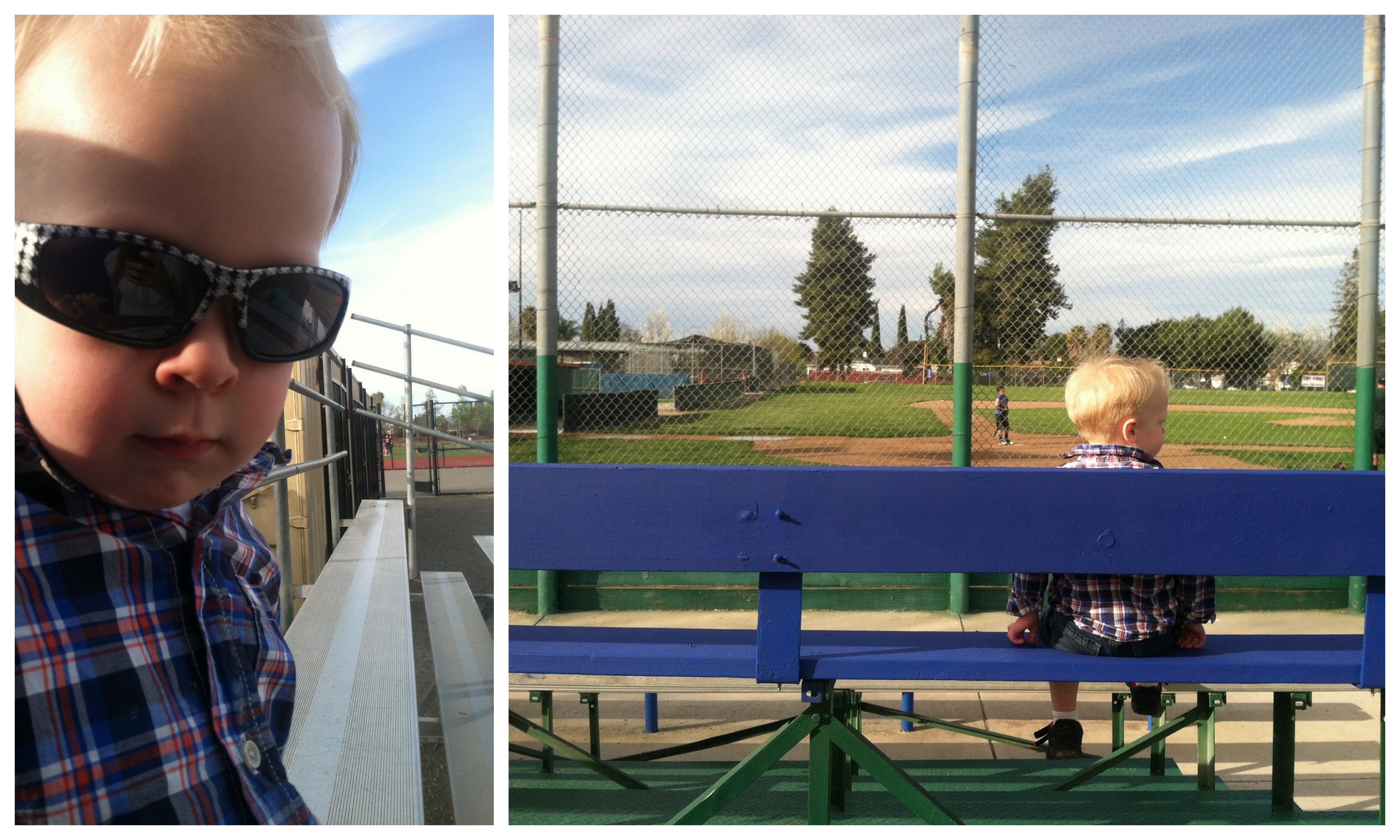 The kids got their first discus lesson. Dylan was proud to show me later how to tuck it under his arm. 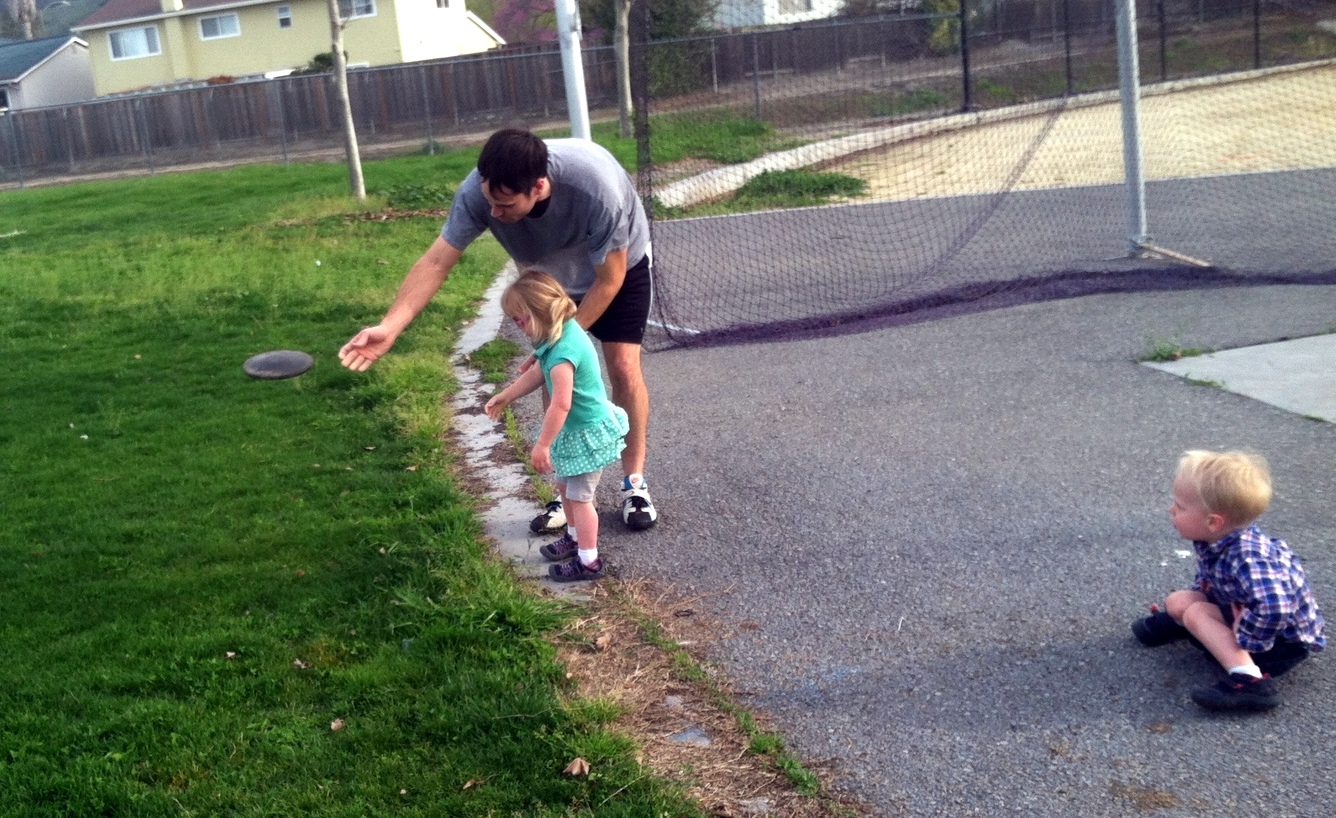 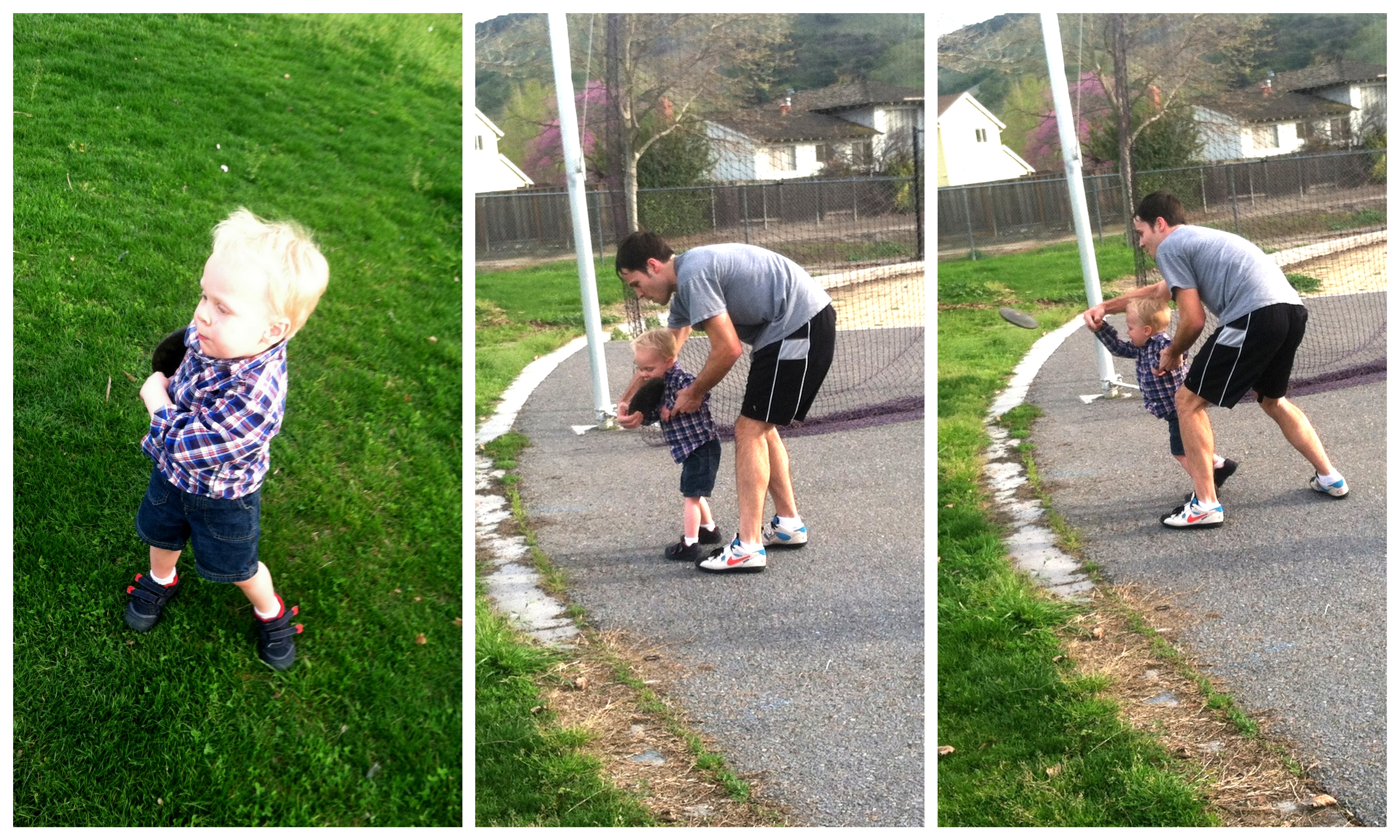 New fascination = the spray bottle.  Dylan is my little garden helper while Whitney is at school, and one day I figured out that I could finish my lunch in peace if I rattle off things they could go spray (the spot on the deck, the fencepost, my toes). They thought it was hilarious and fun. 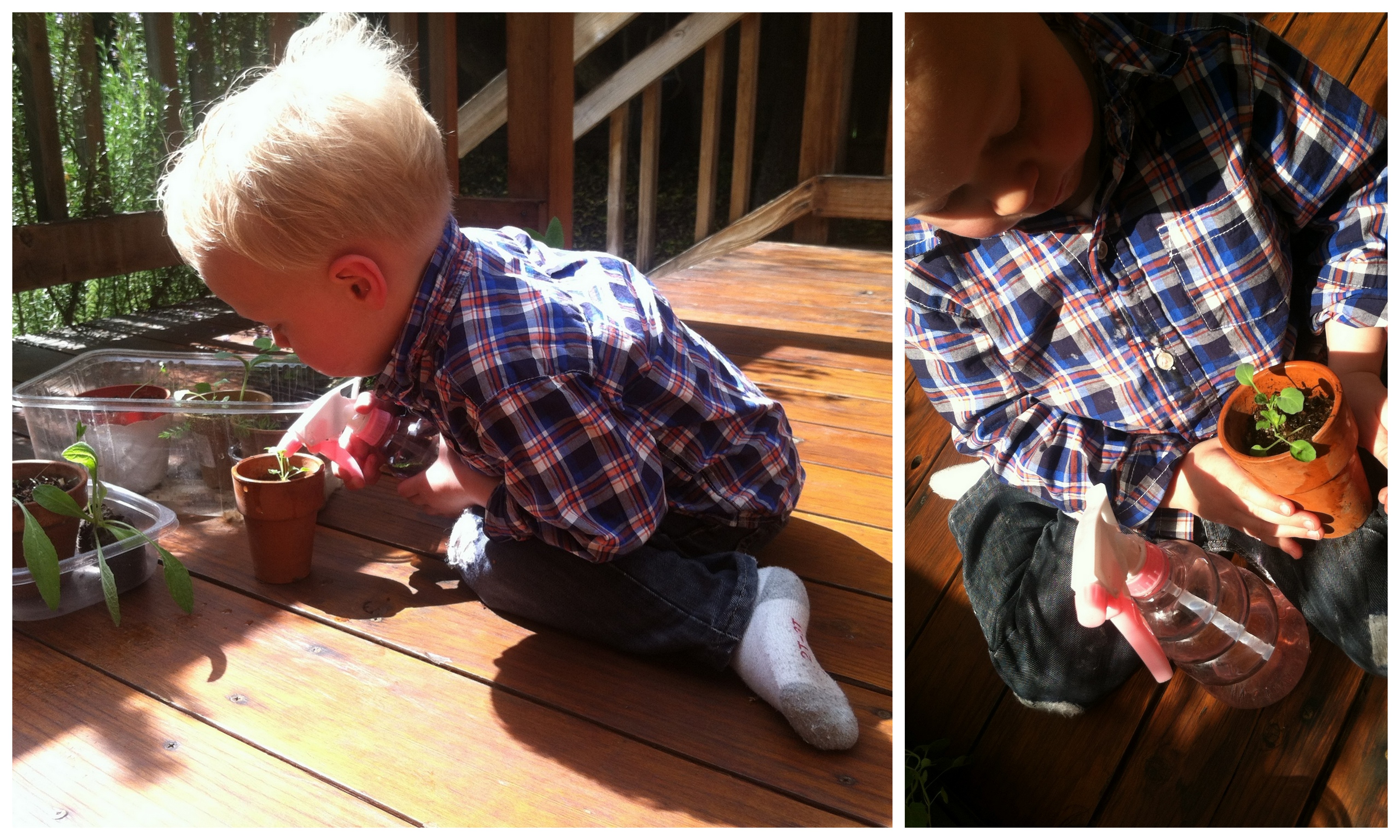 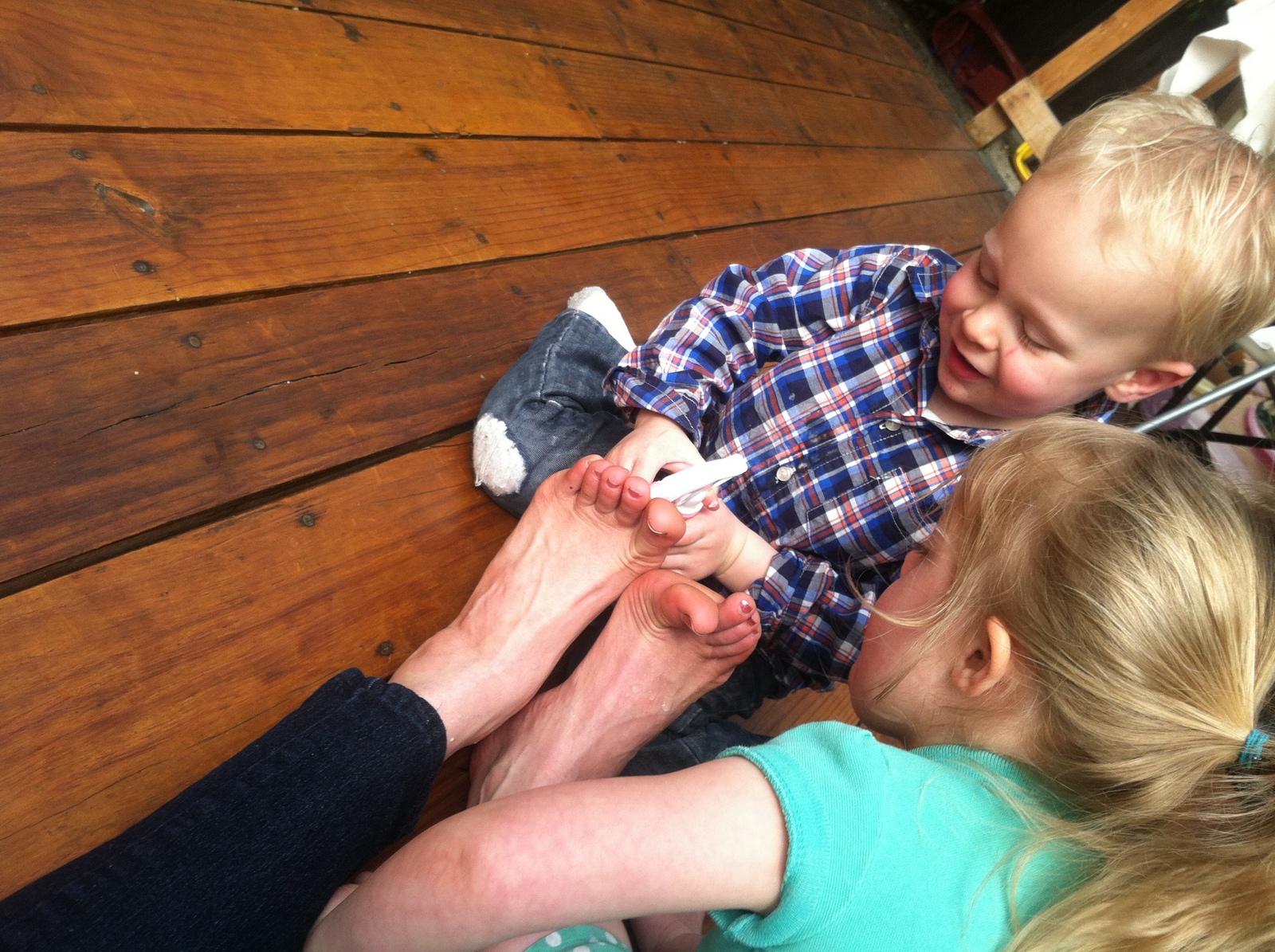 They still hold hands in the car sometimes. I love it. 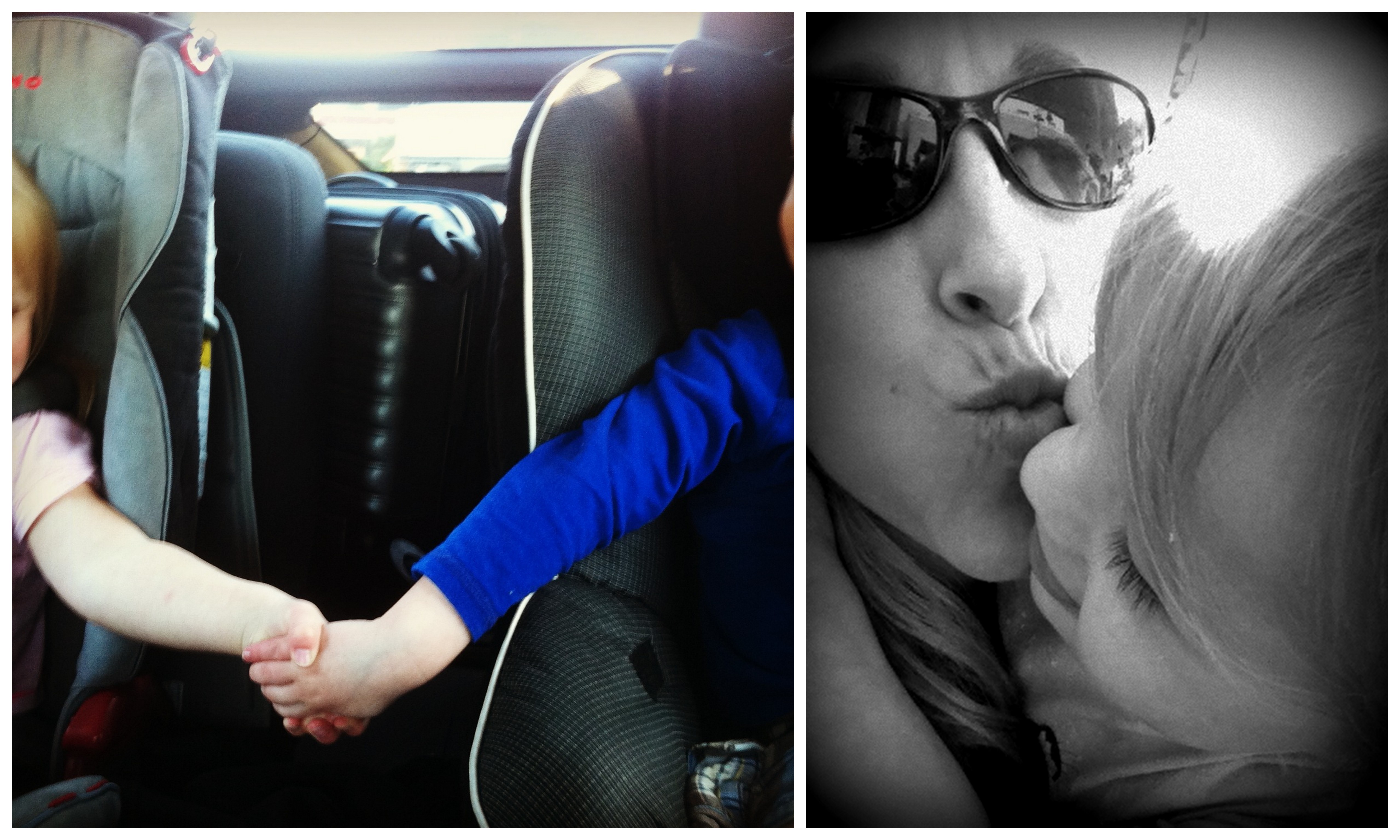 My kids and food. Dylan will eat almost anything – evidenced by taking a bite of the whole cabbage. And they both request “cereal and milk” every morning for breakfast. And check out Whitney’s new specs (picked them up on Monday, we’re still getting used to wearing them – she only lasts a few minutes at a time so far before she hands them back to me). 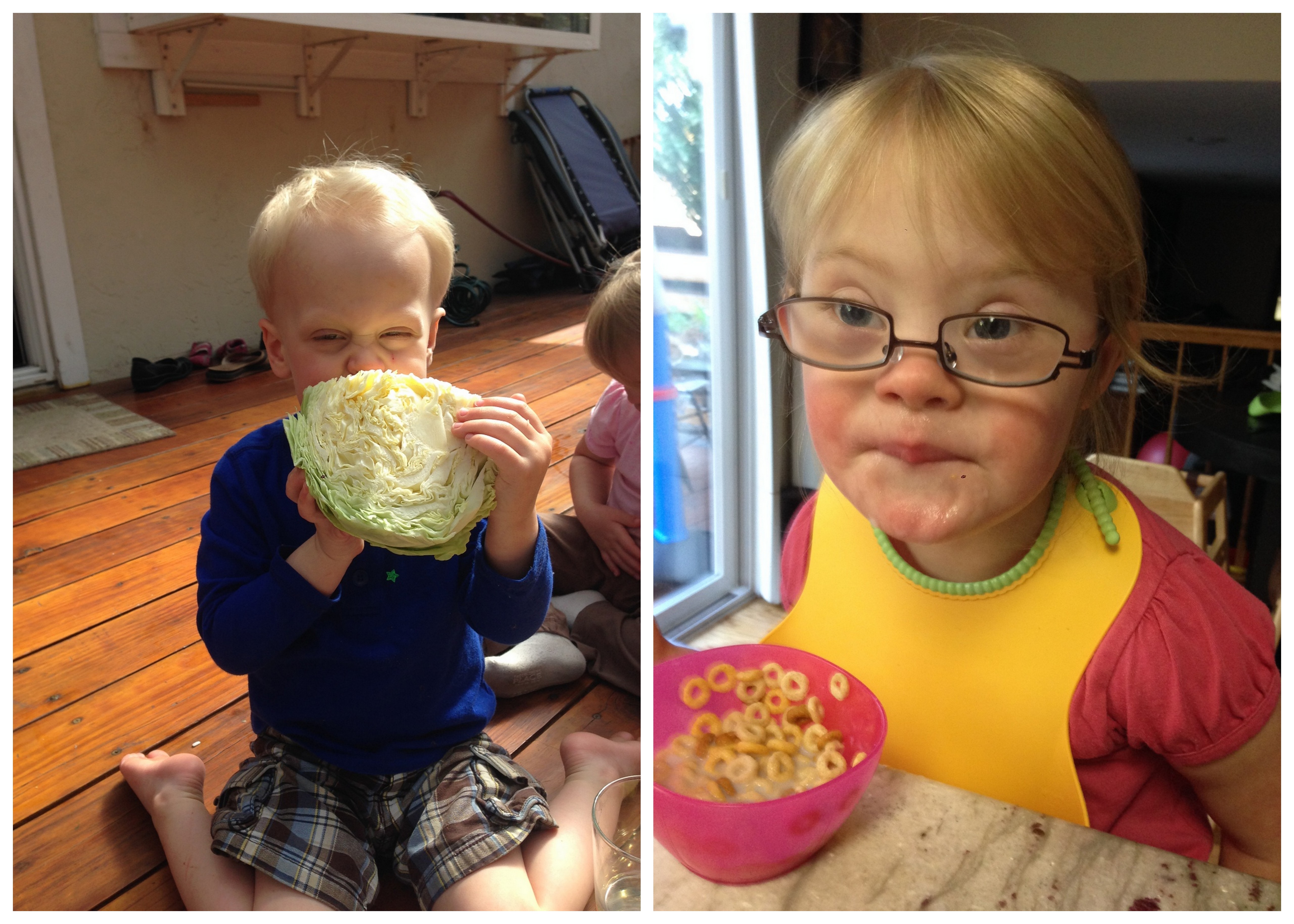 Ballet – it’s coming along slowly. This past week they had an assistant for the class which really benefited Whitney! You can see she joined in for some of the activities (light blue shirt). There was still a large chunk of time she was making faces in the mirror and oblivious to everyone else, but having the assistant repeating directions and encouraging her to come back to the group really helped. I continue to over-think everything, but it’s been good for me to work out all my thoughts that have come up about integration. 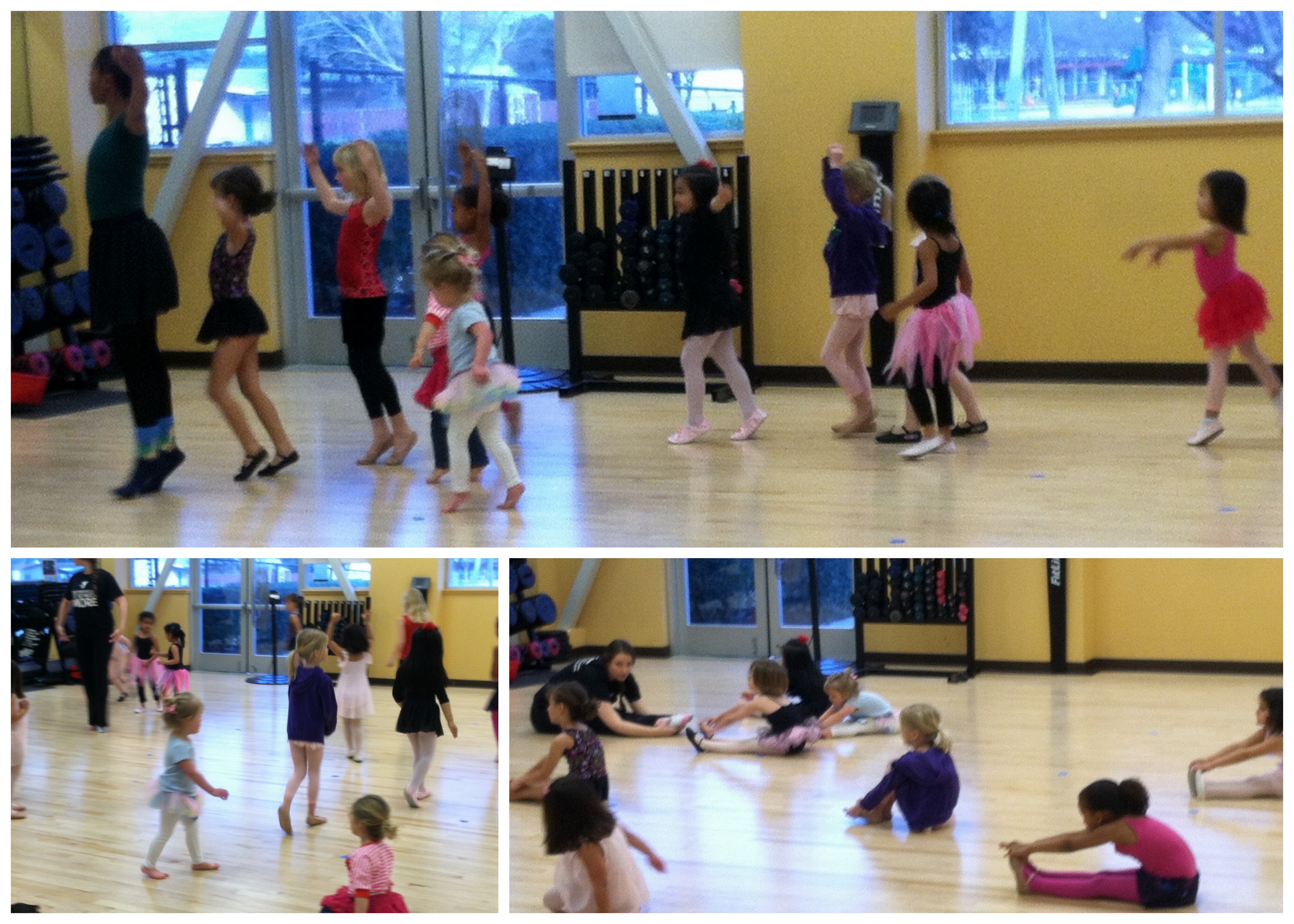 I might be coming out of my mommy-hermit season, as evidenced by multiple trips to the park with both kids solo. I have to assume basketball defense stance pretty much the whole time so I can spot crazy climbing and spring to catch the sneaky runner with her eyes on the faraway tennis courts, but it’s worked out okay. Maybe my tolerance for crazy has built up, or maybe I just love seeing how much they enjoy the park. Dylan’s interest in picking me flowers helps, too. 🙂 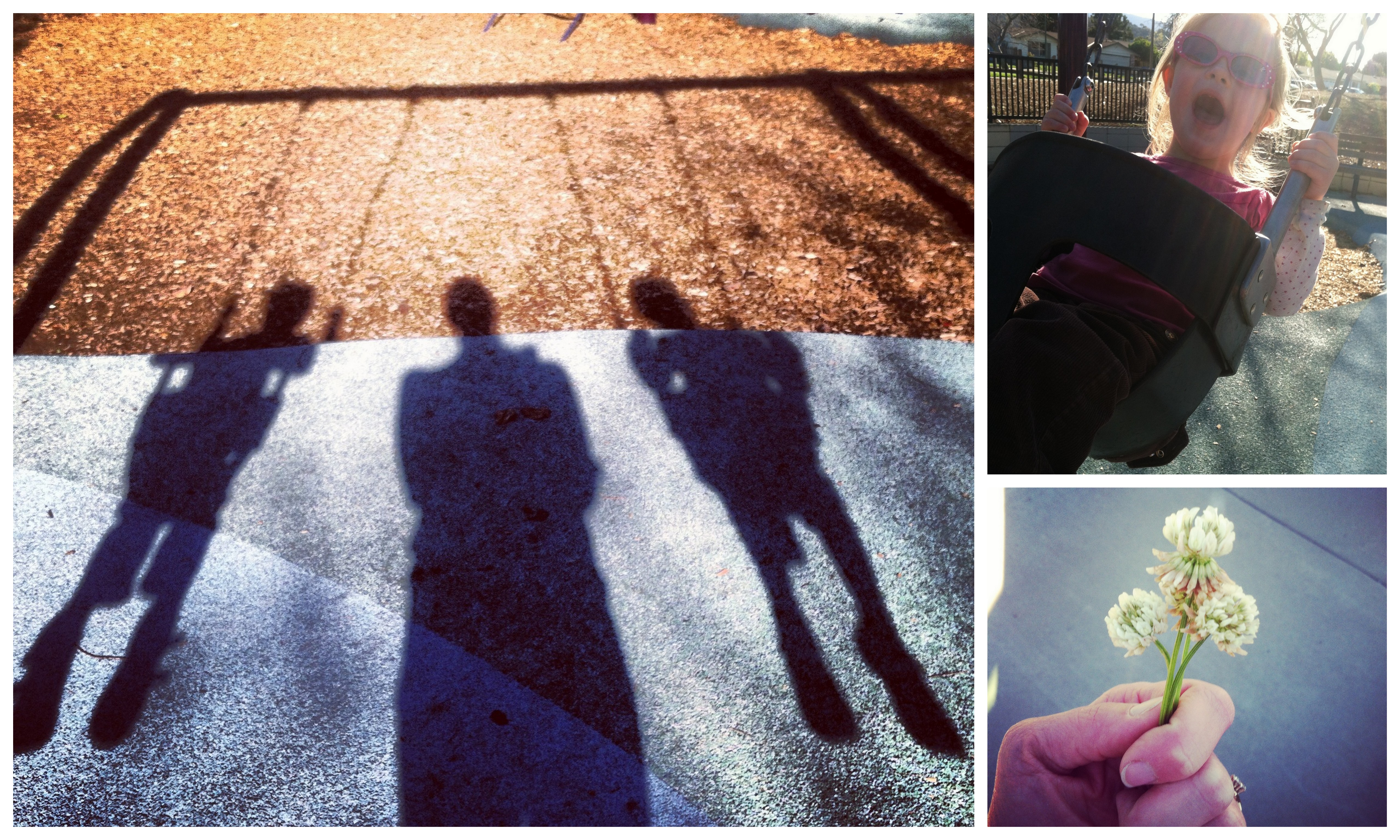 Tyler and I love books, and it makes me so happy to see our kids love them too. At times they’ll sit down and “read” out loud to themselves. 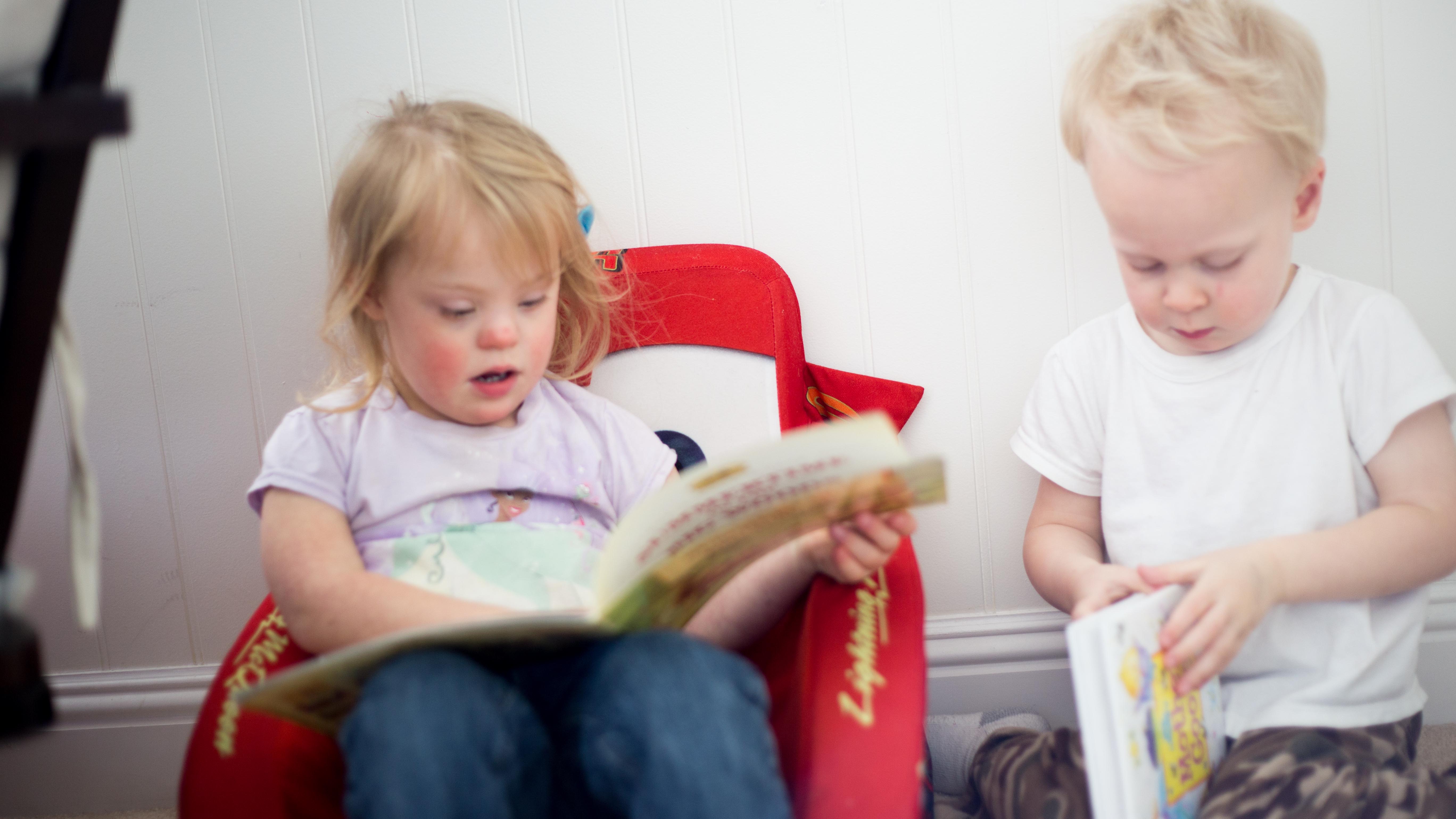 Whitney and her wheels. We’re having a blast playing with our sweet neighbors every so often. They have an older boy Dylan idolizes who is so kind in how he reaches out to Dylan and plays with him (well, both Dylan and Whitney, but Dylan is especially appreciative). Whitney got to ride his scooter the other day. Pair that with getting to “drive” the car while mommy unloaded groceries and Whitney was in heaven. “Drive!” is something she has a mild tantrum over every single time we get in or out of the car..she’d give anything to put on the hazards and grab the wheel. 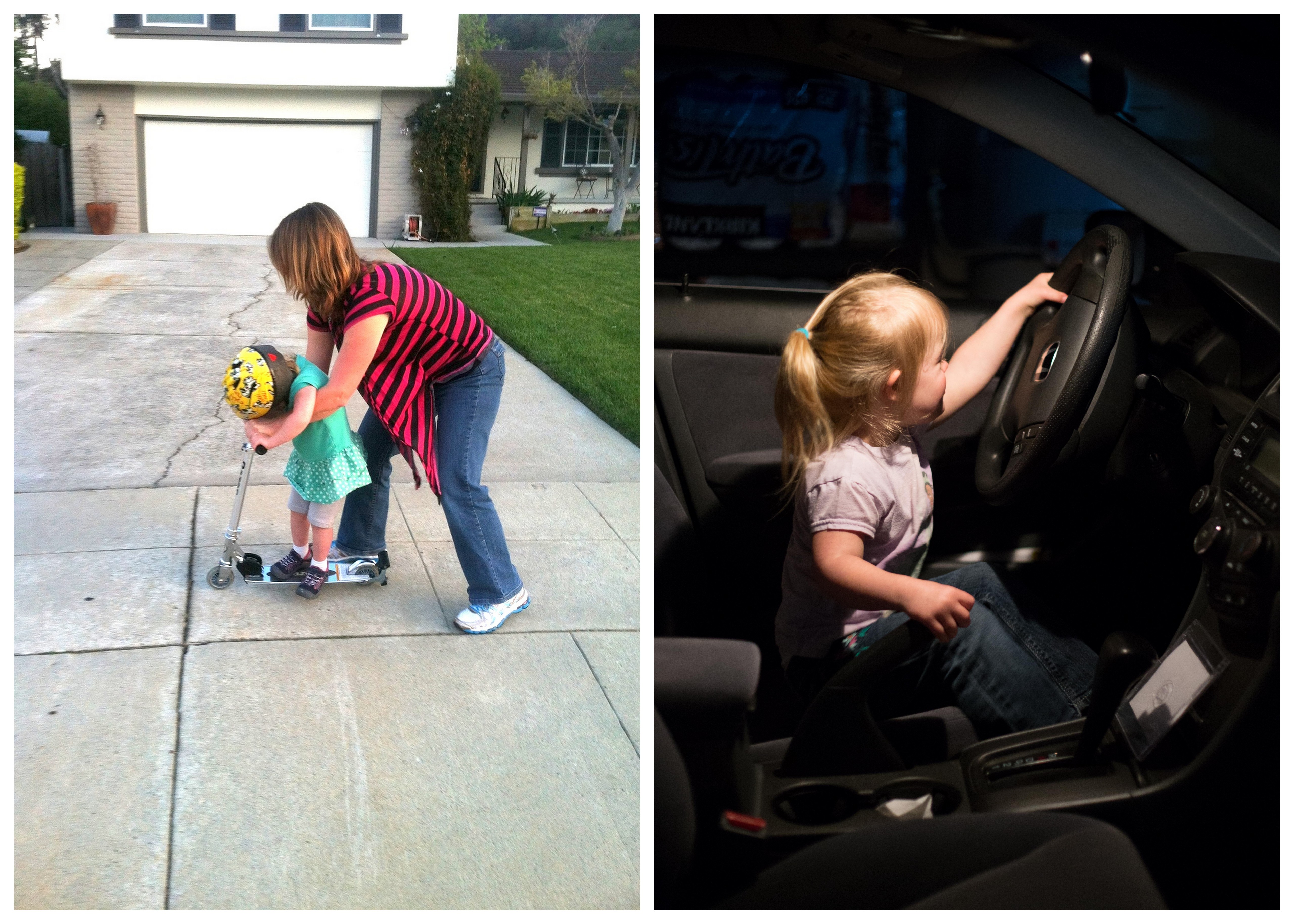