I think of it as THE wedding because it was like none other.  A month later and I am still moved as I go through images and memories thinking of what to share here.

As tempted as I am to share all the tiny details of Nick and Victoria’s day, I realize that much of my experience was privileged.  Being both sister-in-law-helper and the official wedding  photographer, I got to see behind the scenes and the before and after and all the amazing pieces that somehow magically came together (on a crazy budget and in a matter of 8 or so weeks!) to be one of the most beautiful days I’ve ever witnessed.  And I got to be front and center snapping photos for the best parts!  So, much of my experience belongs to them and their private memories…but I’ve picked a few things to share here.

Tyler and I were part of the incredible morning scramble – it was a true DIY wedding with very personal details (and a lot of last-minute work!).  Here’s Tyler carrying the wedding cake to the car, and then a few hours later assembling the 9ft cross he built. 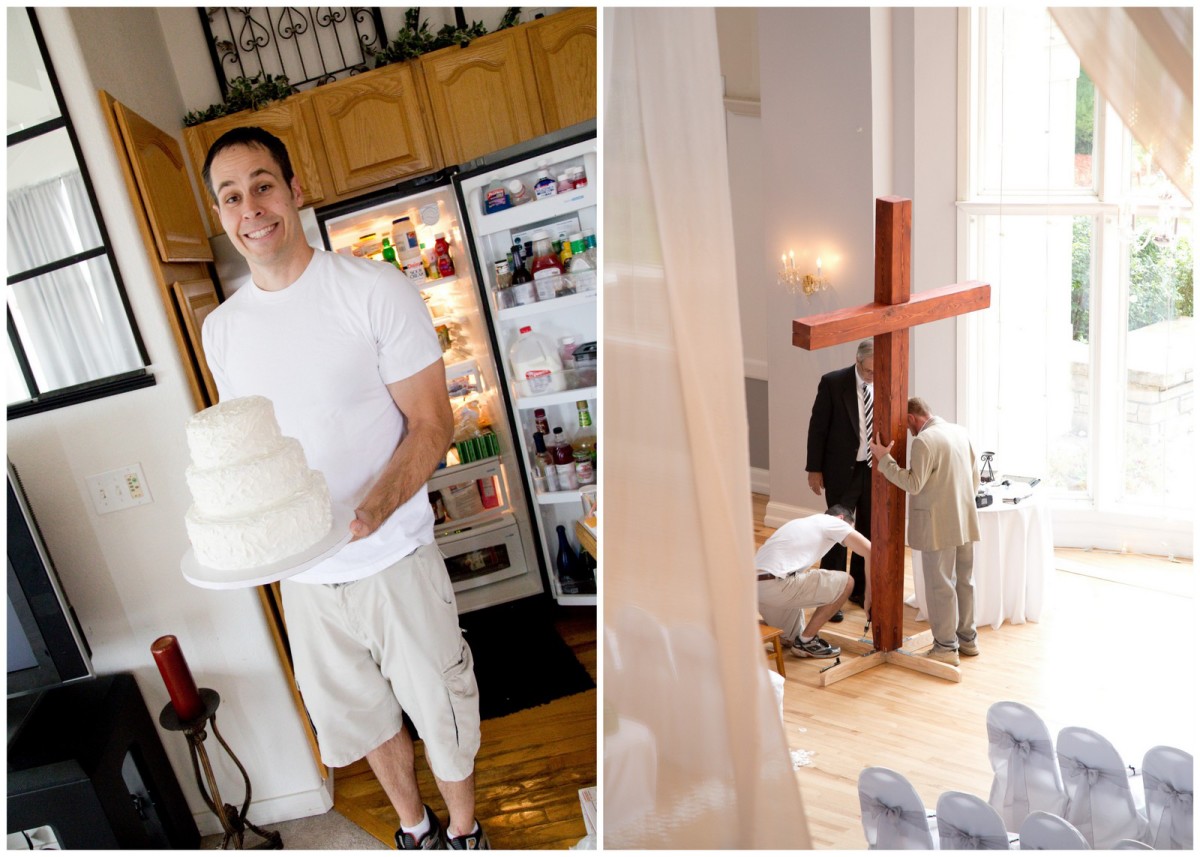 Just an example of my sister-in-law’s incredible skills pulling this wedding together (with Nick, of course)…they ordered, hatched, and sustained live butterflies in their centerpieces – really! 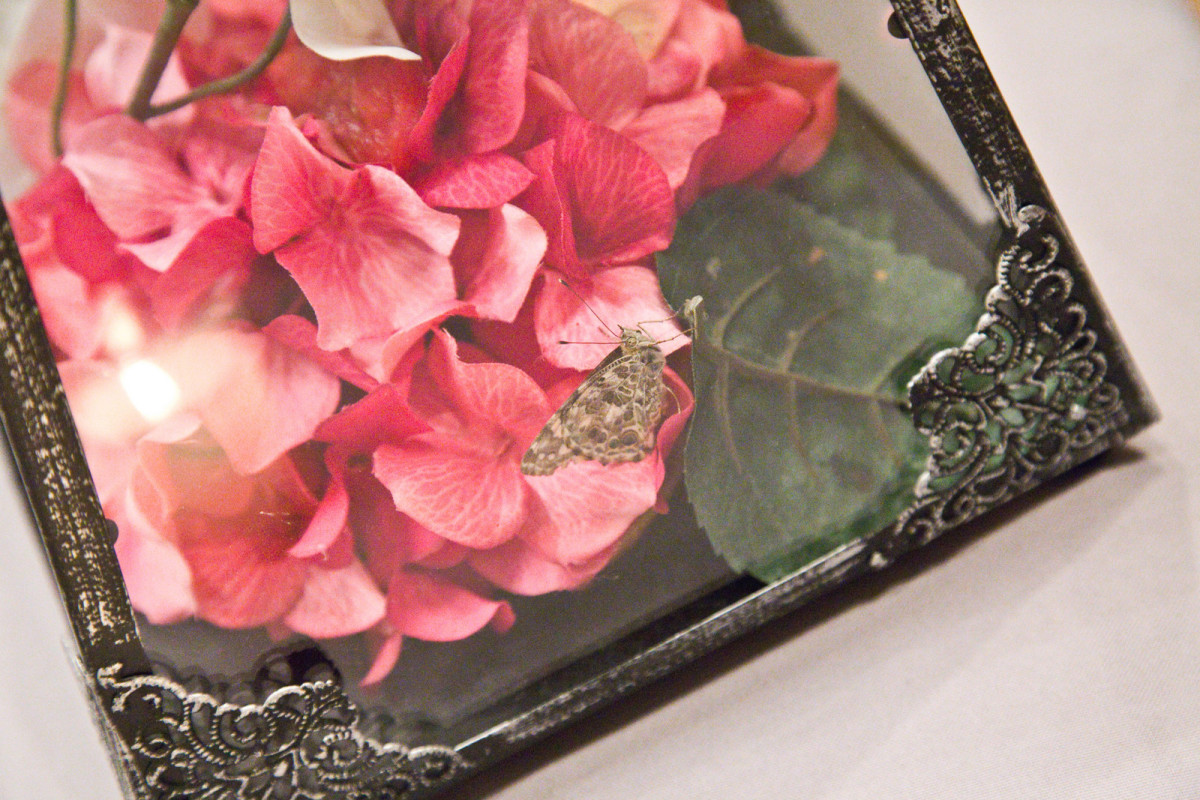 Whitney was the flower girl and Dylan was to walk with her.  It wasn’t Whitney’s debut as flower girl…but it was the first time she ever had any responsibilities (she was flower girl in my sister’s wedding – but she was 4 months old and pulled down the aisle in a wagon).  We practiced “Step – Drop” a number of times in fake wedding aisles in the condo and using leaves out on the grass….and I realized chances were slim she would both get down the aisle and drop any petals. 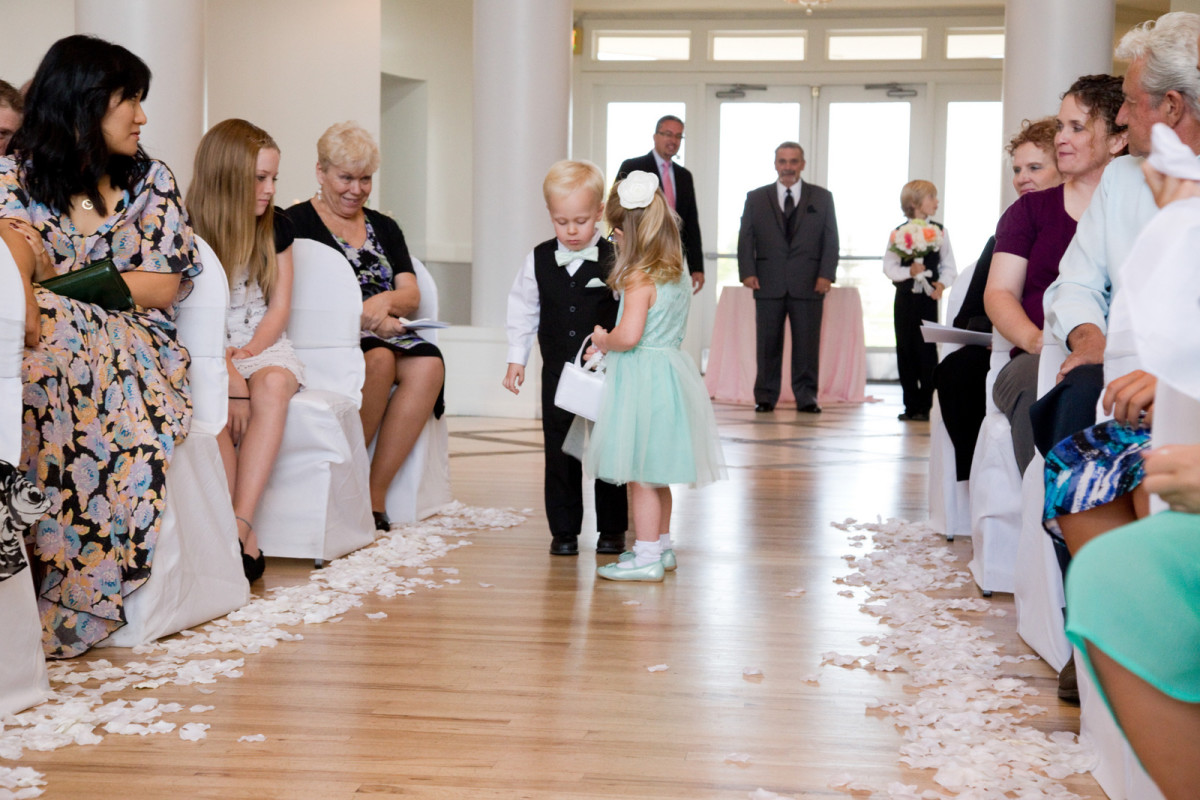 Luckily, she saw a friend she recognized and stopped for a consultation part way and proceeded to empty the whole basket right there. 🙂  I’m calling it a success.  Dylan, on the other hand, took a few steps and then ran the other direction and spent pretty much the whole rest of the wedding in the bouncy-house downstairs or on the iPad. 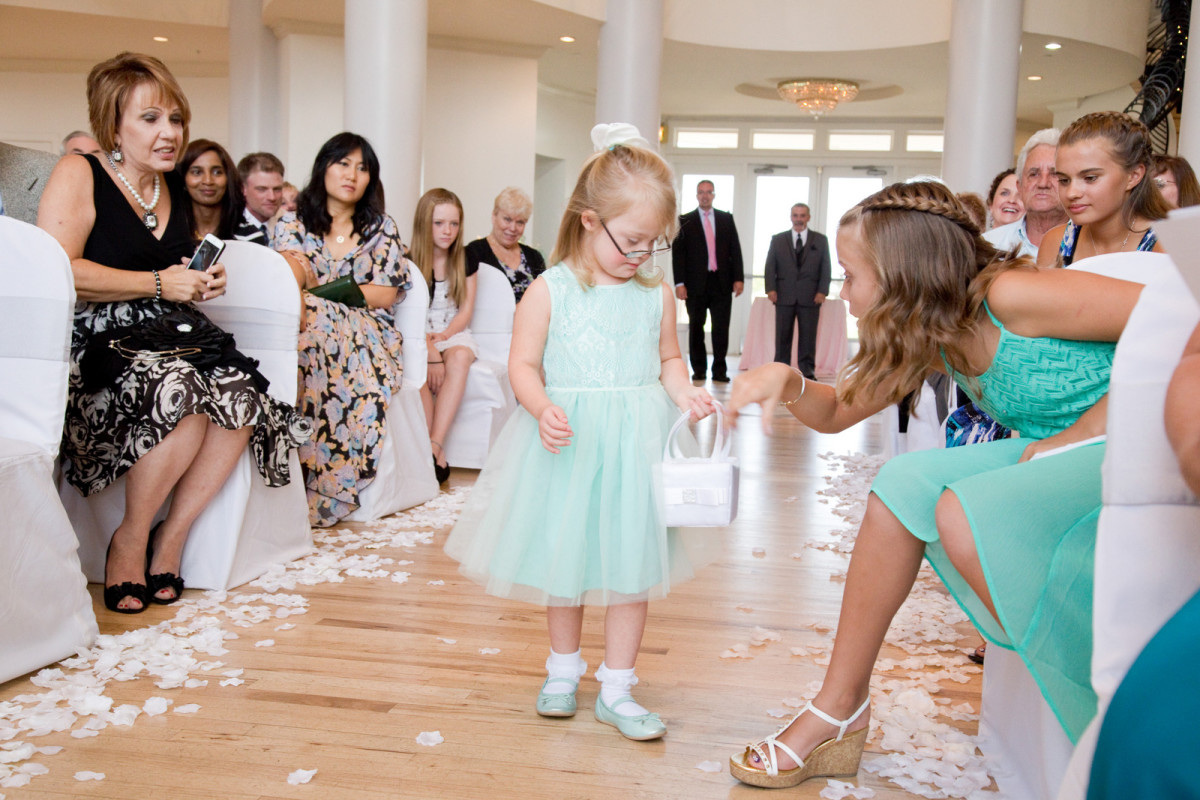 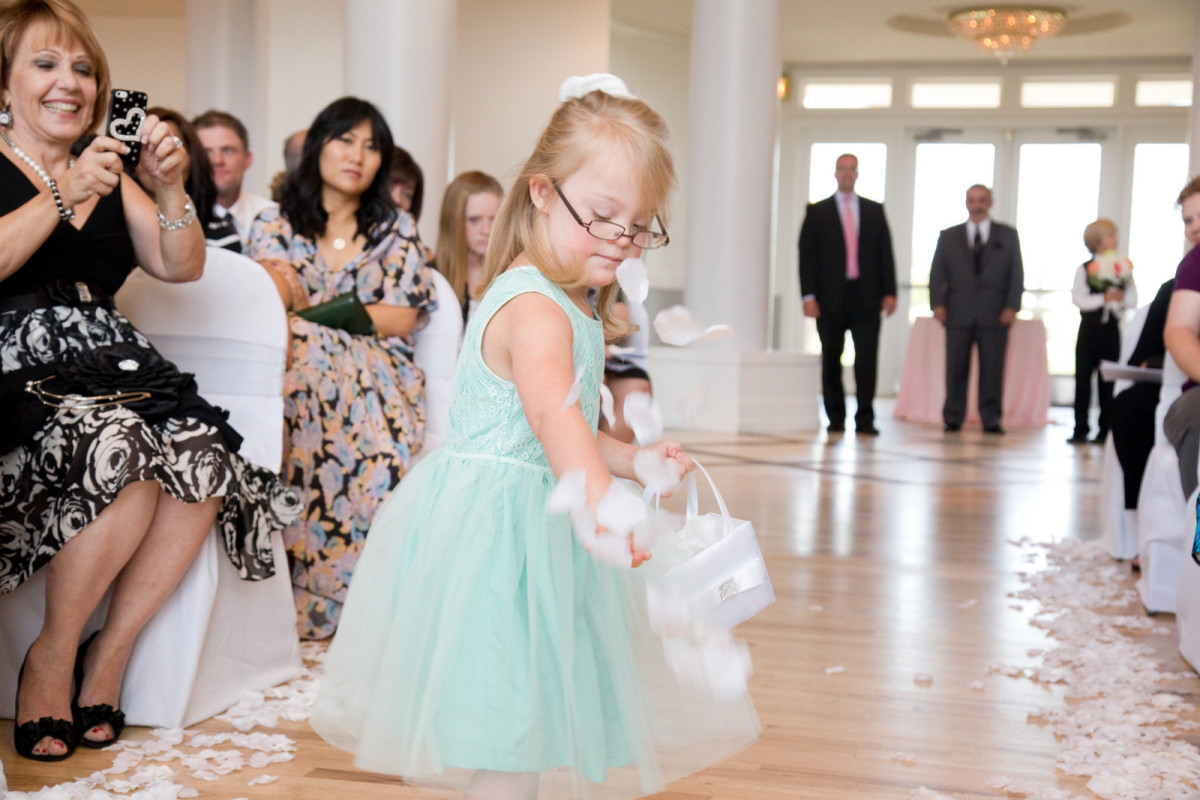 The ceremony itself was very special.  The words they shared in their vows before God, family and friends were so meaningful – much in part because we all knew that their relationship has been through the flames already and they have been made stronger and demonstrated deep and unwavering love and care for each other throughout it all ALREADY.  They were passionate about honoring God in their ceremony with readings, prayers and other acts.  For instance, they washed each other’s feet.  I had never been to a wedding that did this but I have heard of it.  It was powerful to see each of them take a turn down on their knees serving each other that way, and it was such a personal thing to share with the guests, but also helped us see their love and devotion to each other. 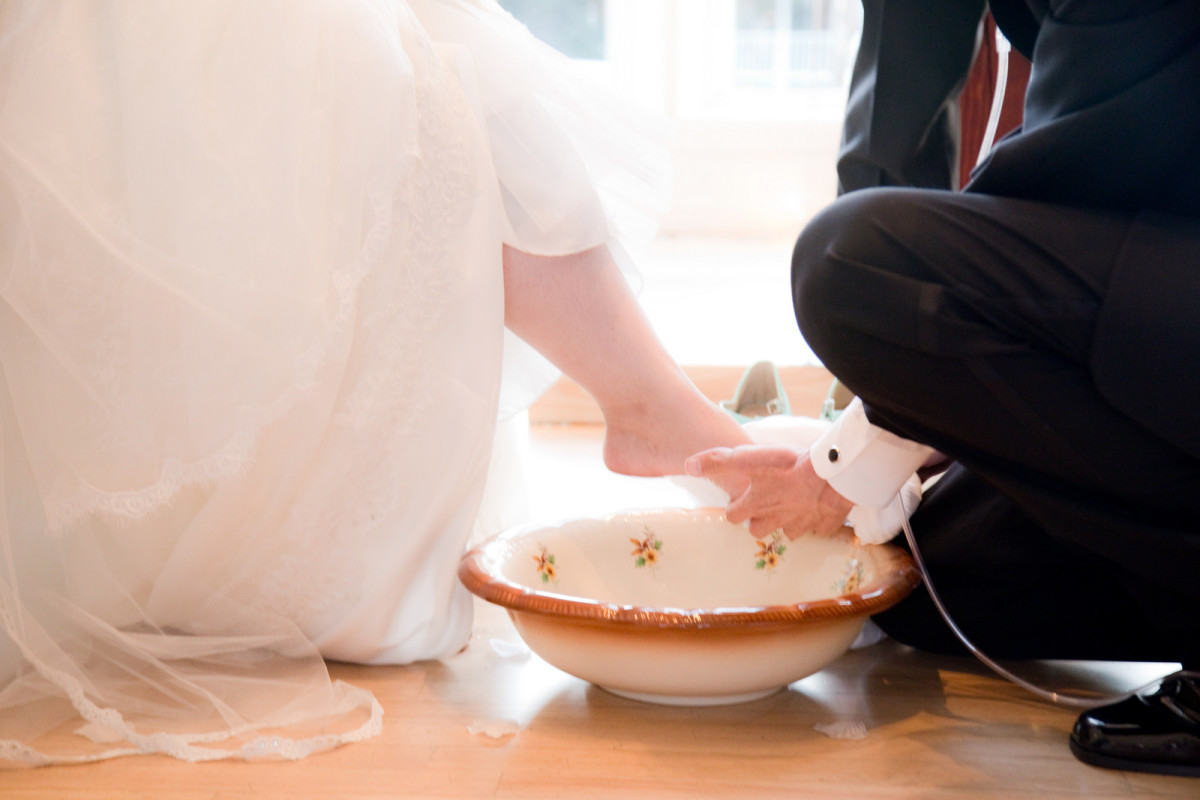 Another thing I loved that I had never seen done at a wedding before is a candle-lighting that involved all the guests.  The fathers lit the first candles, then it passed up through the crowd to the mothers and those candles were the ones used to light the unity candle later in the ceremony. 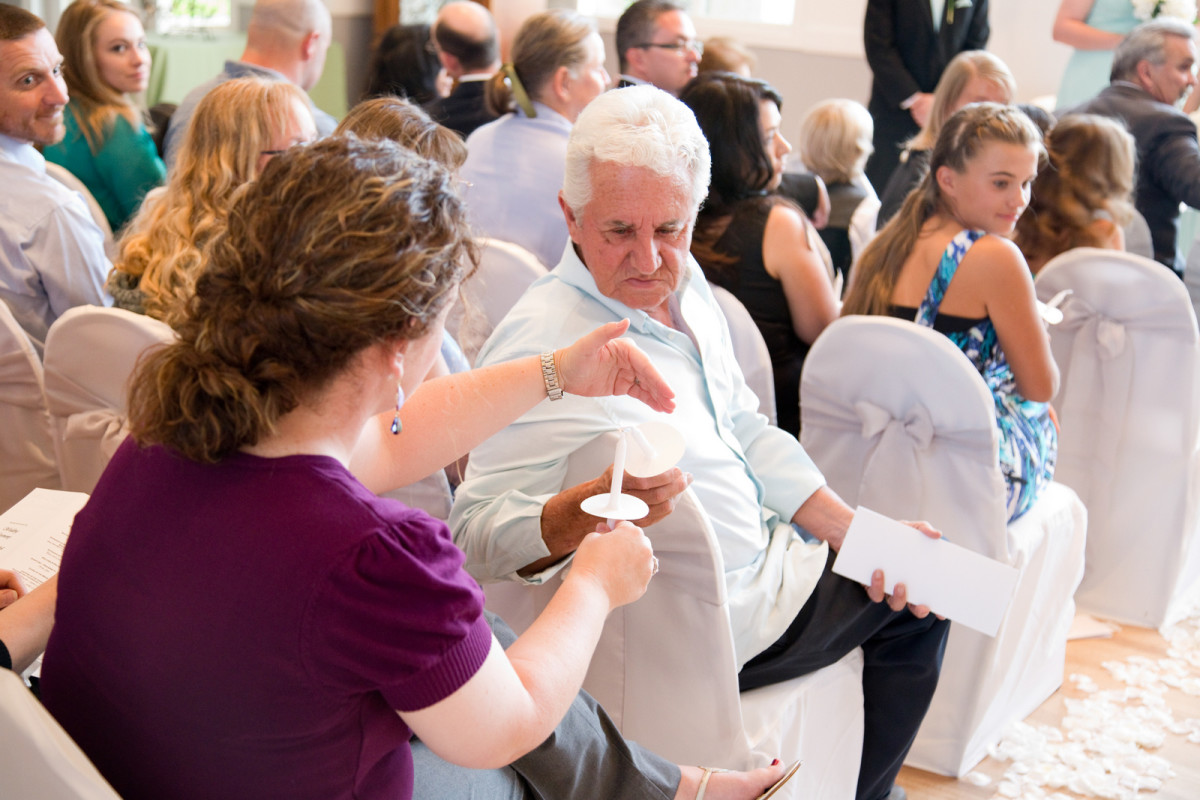 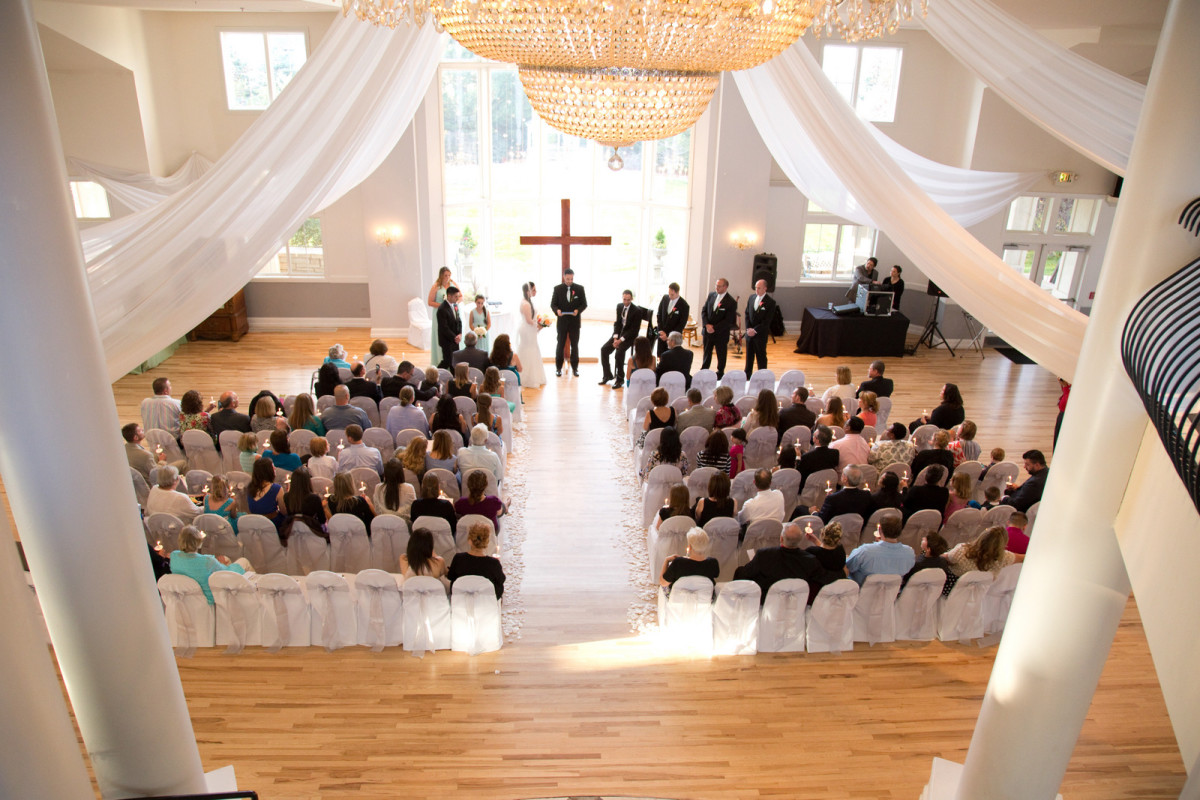 I was running around taking photos of it all and was suddenly stopped in  my tracks when I heard the sound of a song Tyler had played and recorded for Nick a few months ago – they surprised him by playing this song during the candle lighting.  I turned to look at him and saw how moved he was to hear it while standing up there by his brother’s side.  The oldest brother, Jason, actually performed the wedding.  It was very much a family affair and very special the way they involved so many of us in parts of the day. 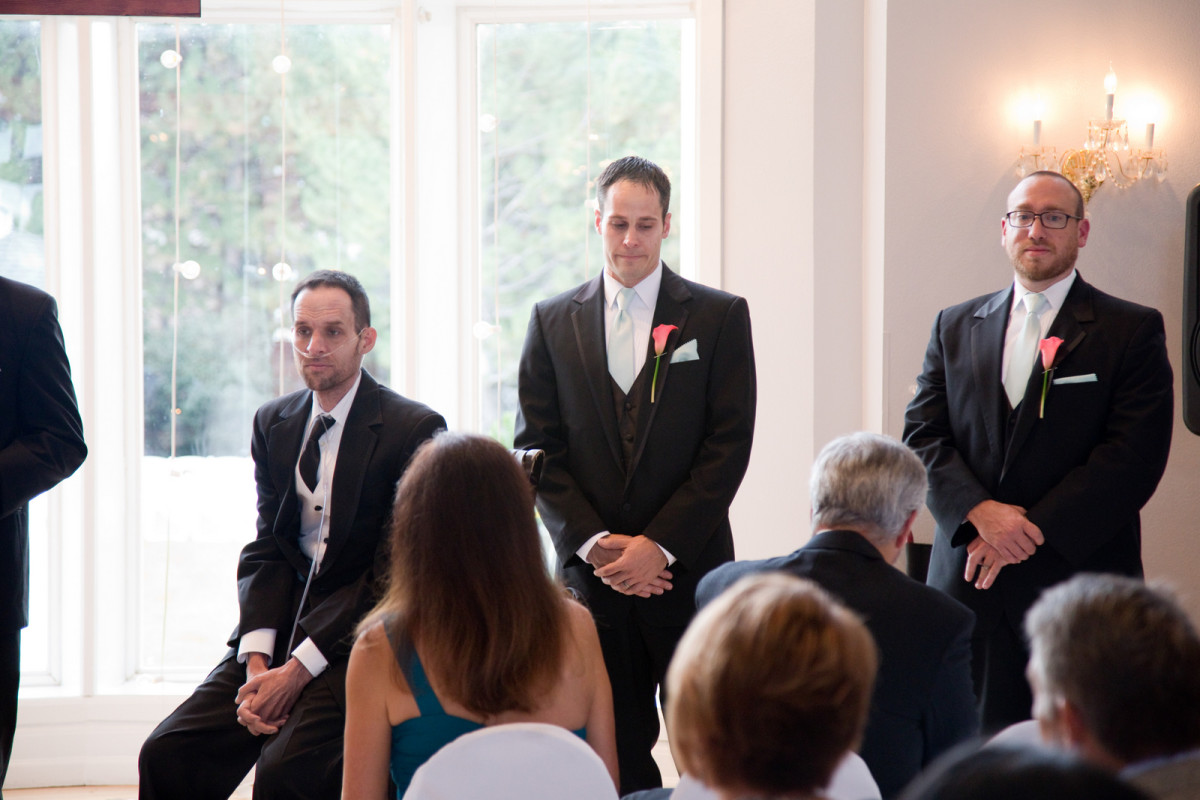 After the ceremony I was busy with photos and eventually popped down to the cocktail hour to see how my mom (bless her amazing heart) was faring with my two crazy kiddos.  Dylan was nuts all night – I don’t know how I would have survived without my mom there. Seriously.  And Whitney was an unstoppable social butterfly.  The moment I entered the room I saw her circling this group of nurses giving each one a hug and a greeting…around and around and around.  I was a little embarrassed at first – um, that’s my daughter, hi, who are you guys?  Sorry if it bothers you that she’s in the middle of your conversation?  Well, I come to realize it’s not just this group of nurses but pretty much every guest of the wedding who has been personally greeted and hugged by Whitney.  Oh my sweet girl. 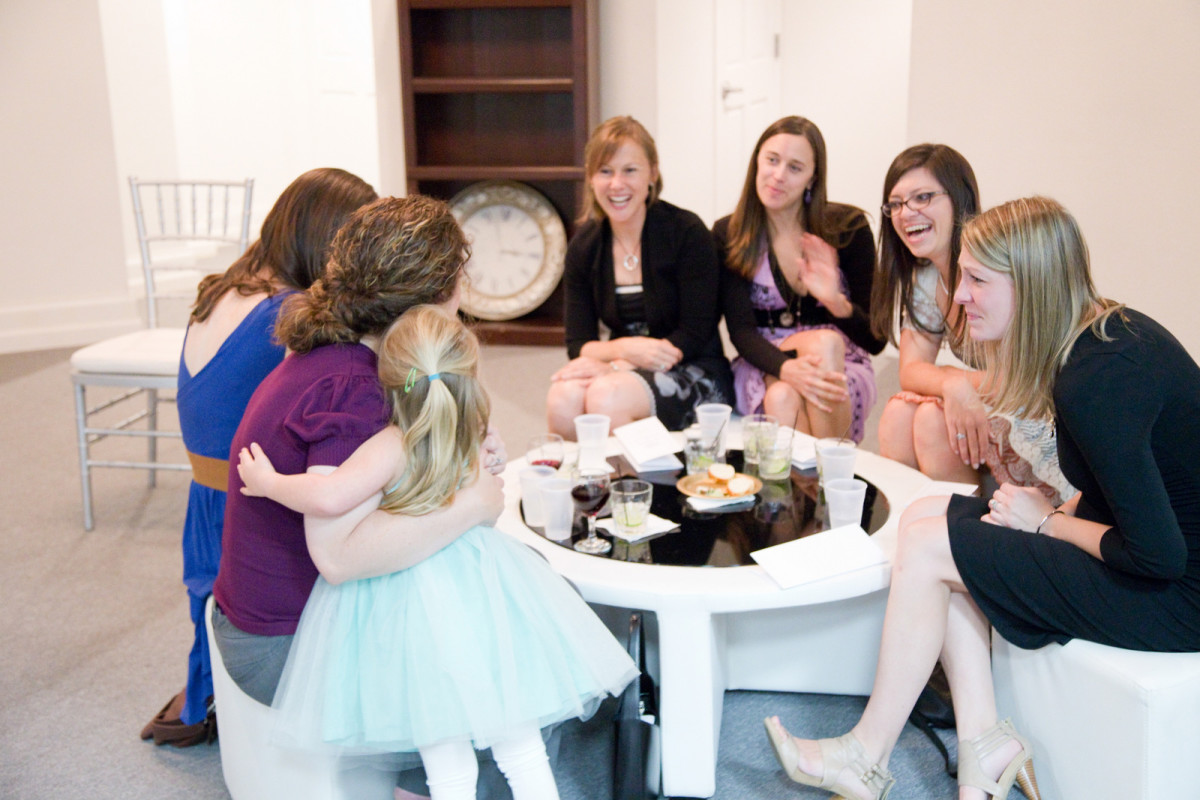 Tyler’s final duty of the night was to deliver the toast.  Wow. I was so proud – it was personal, true, honoring, touching…he referenced/quoted Ulysses and Rilke – I mean, woah.  He actually wrote about his speech (and posted the video) on his own site here. 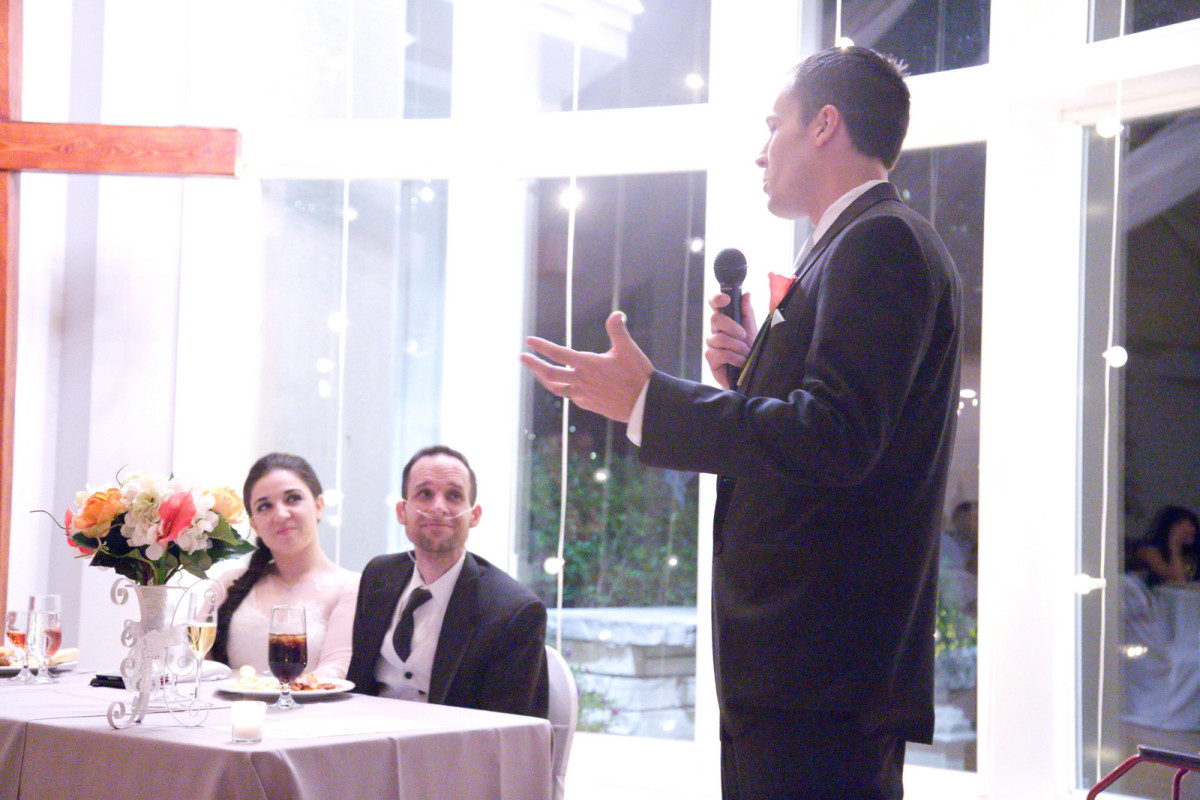 The rest of the night was the party.  It consisted of Dylan on the iPad (my mom hanging on – again, bless her heart), and Whitney continuing to work the crowd – off and on the dance floor (but mostly on). 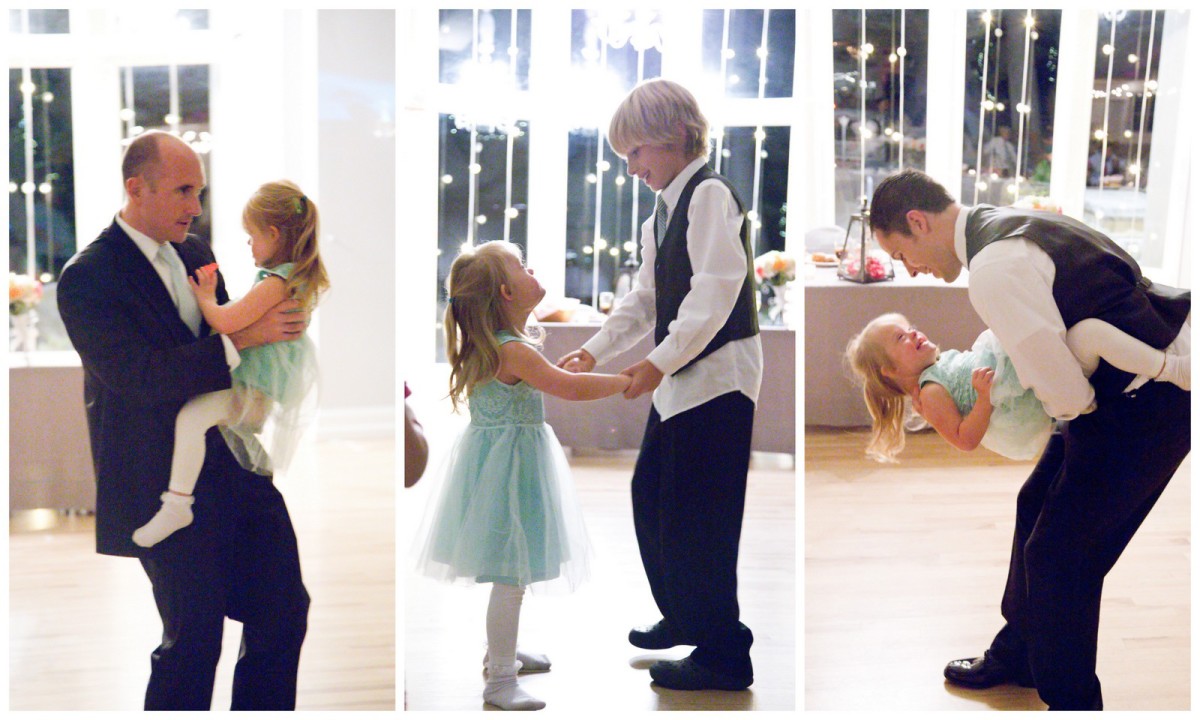 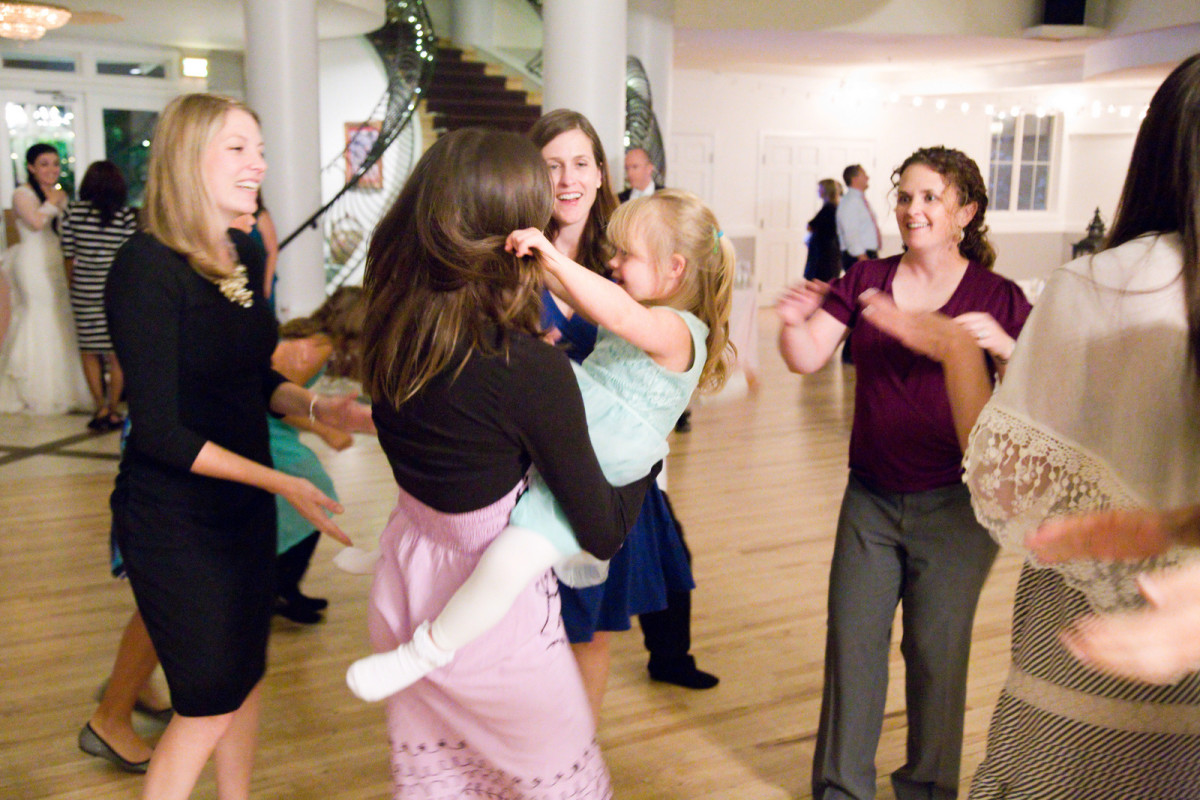 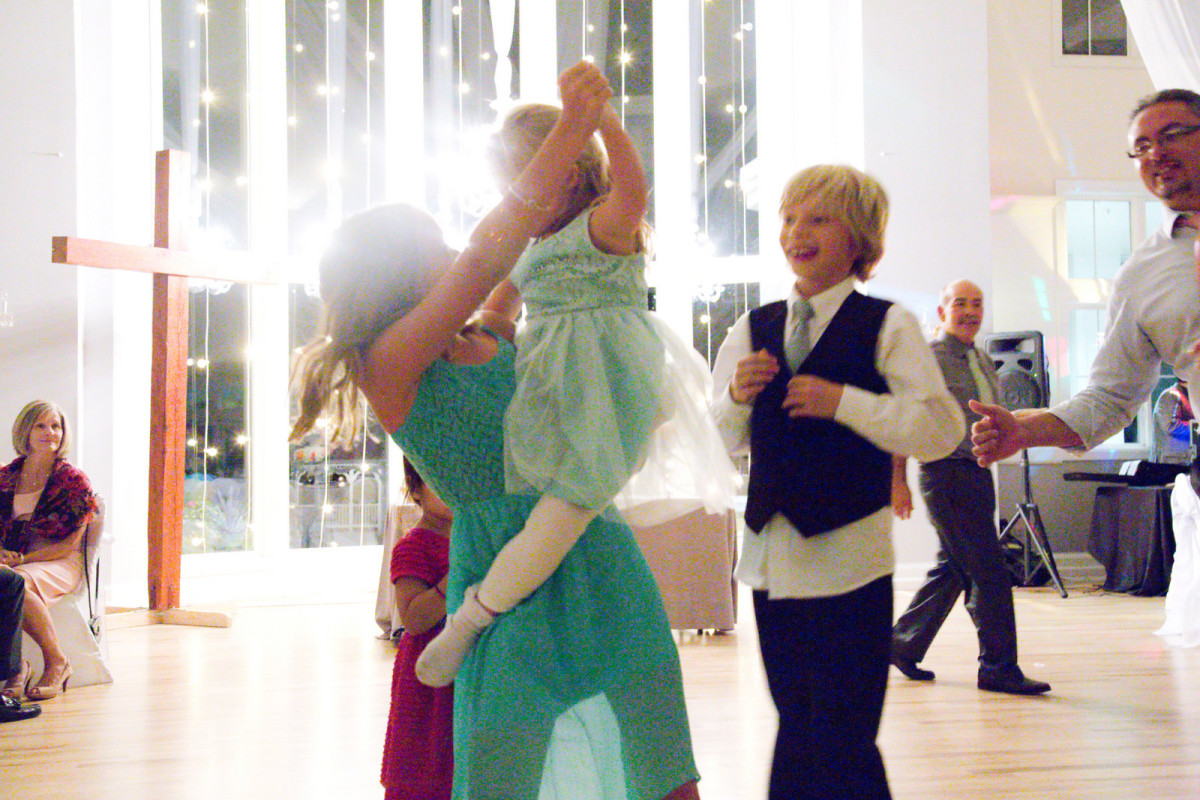 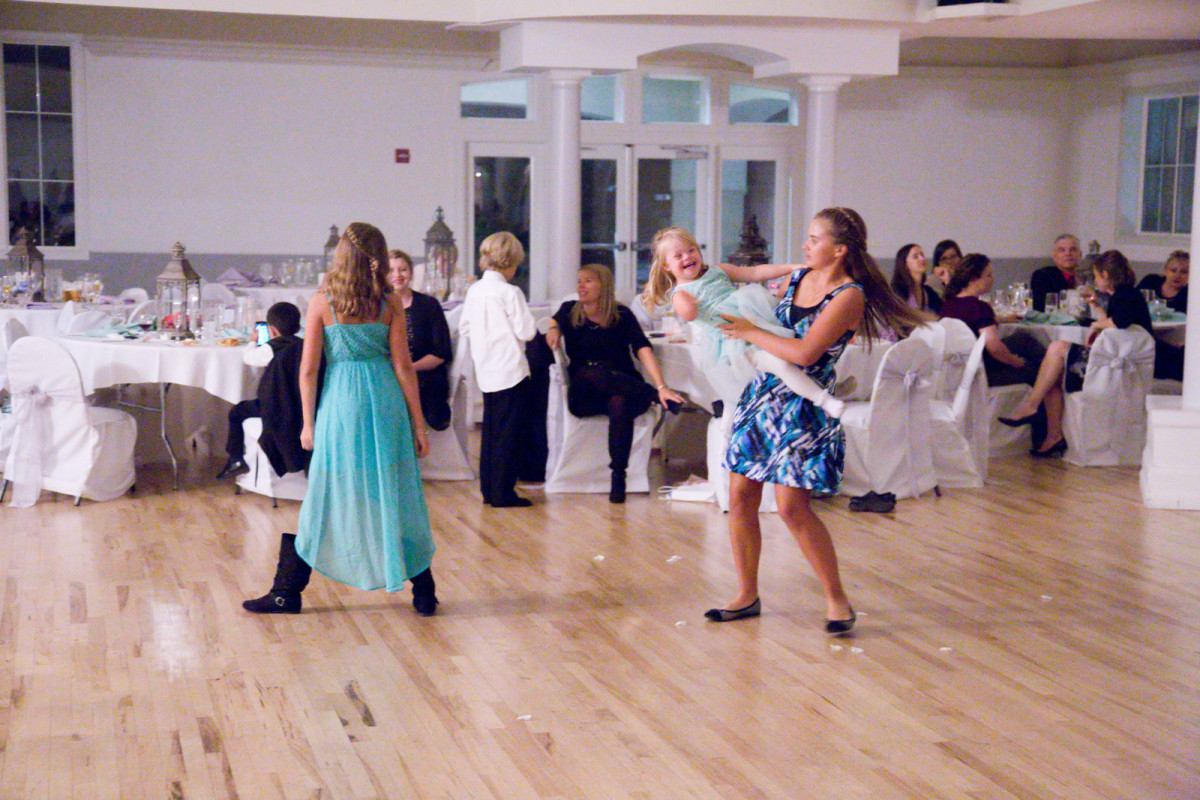 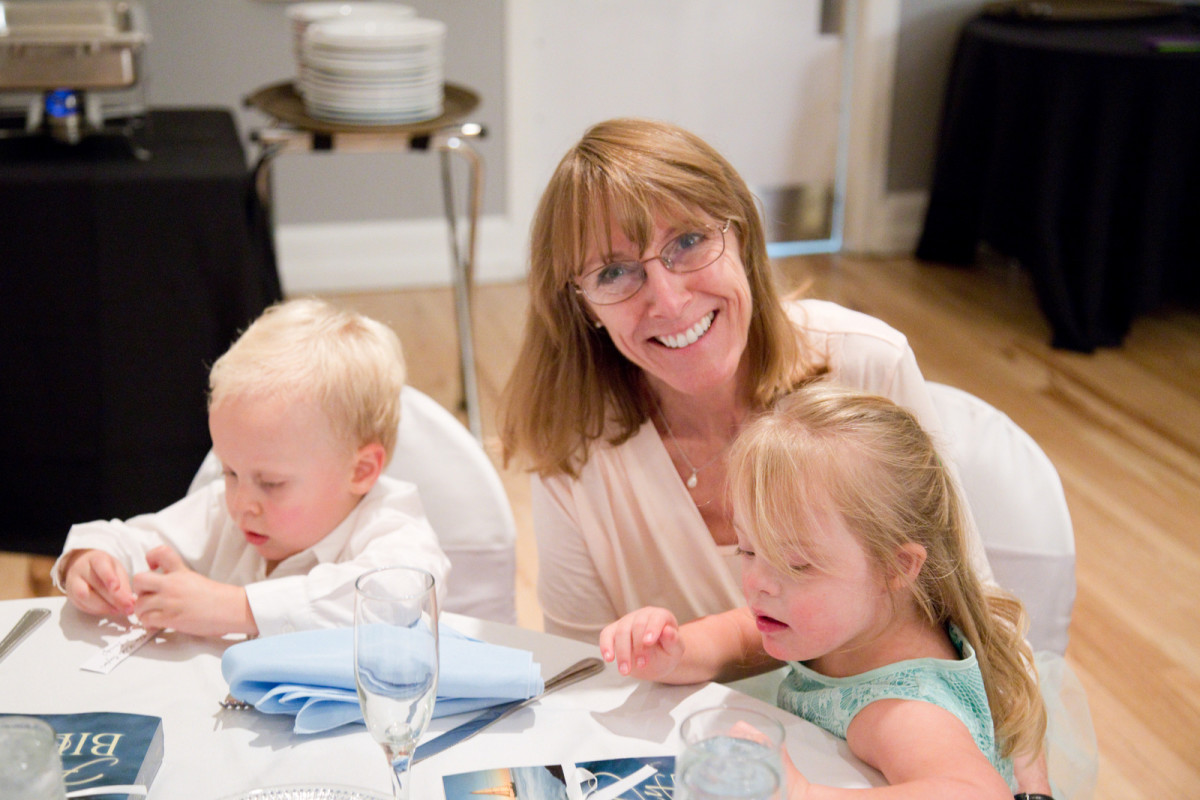 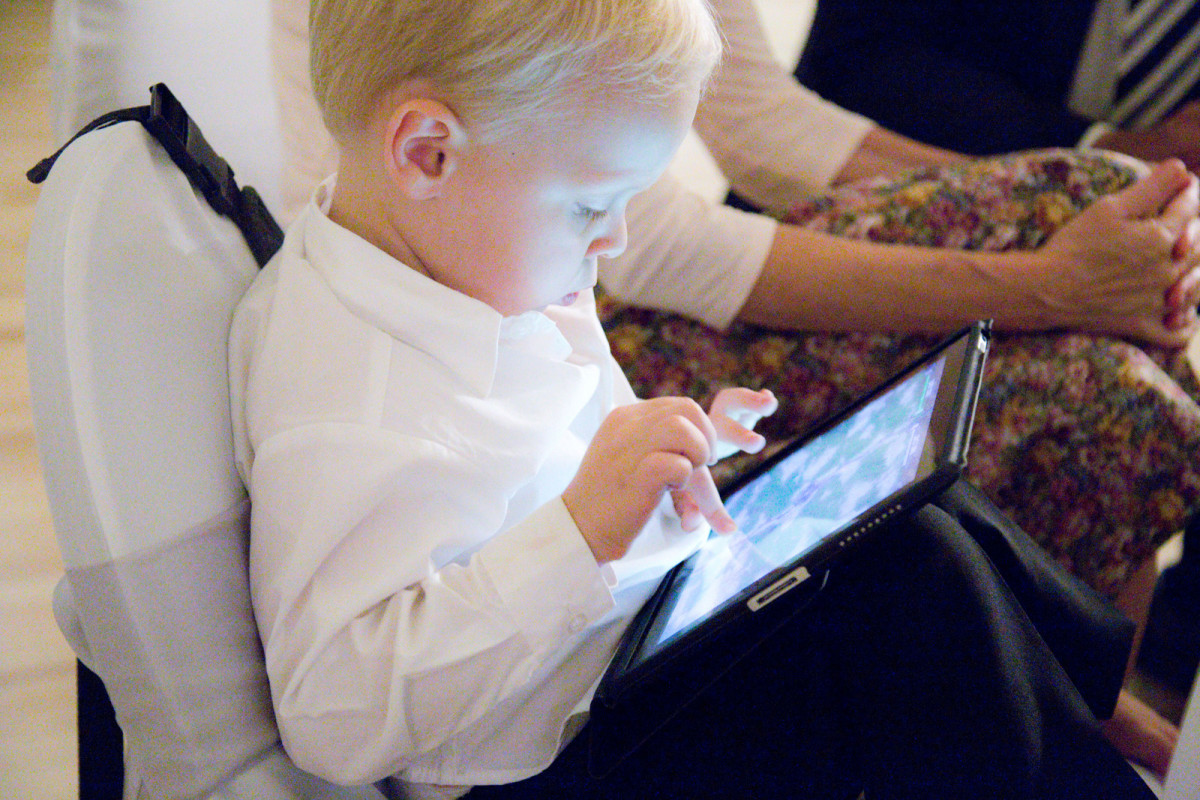 Here’s one of the only pictures I’m in…which was probably a good thing because somewhere in the midst of darting up and down stairs or crouching for a sweet photo angle I heard a rrrippp as the modest slit in the back of my dress lengthened an inch or two pushing me into inappropriate wardrobe territory.  Without shirking my photo responsibilities I spent most of the night tugging my dress down and literally covering my @$$.  Ugh!  I’m afraid to see any photos anyone got of me. 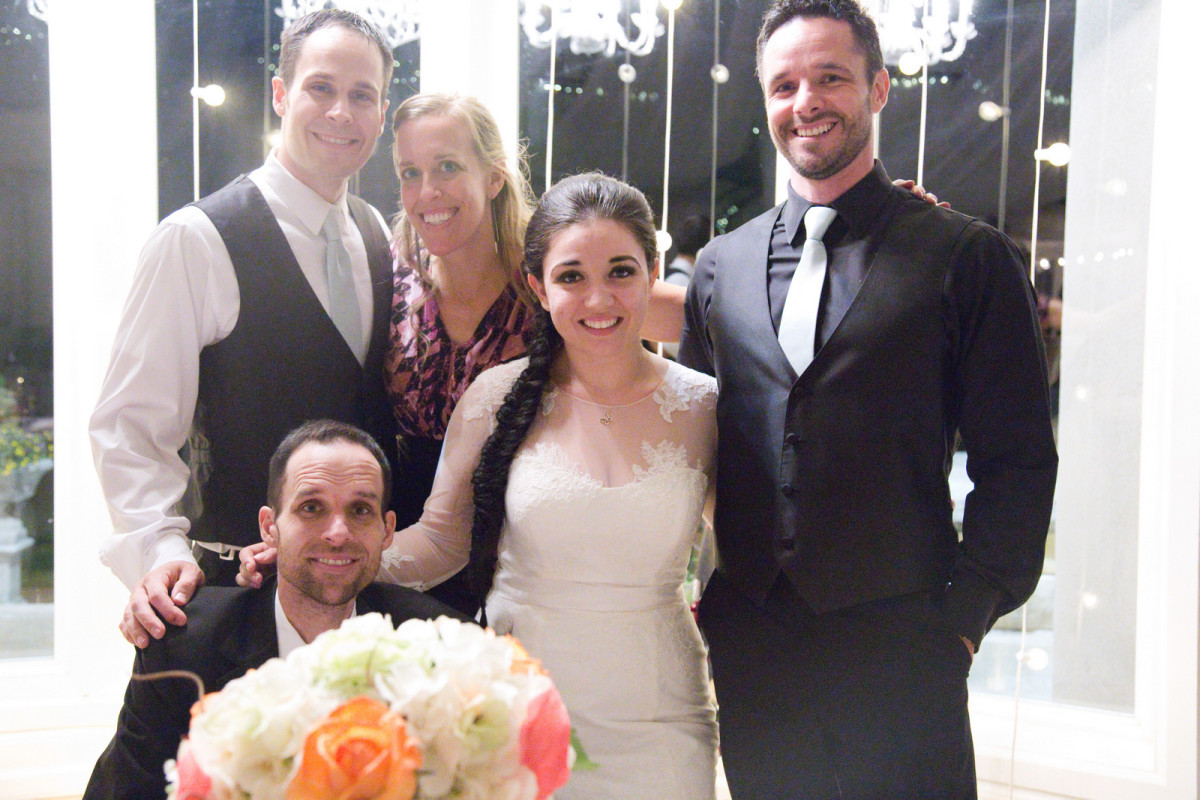 One of Whitney’s last hugs of the night – with her Grandmamia. 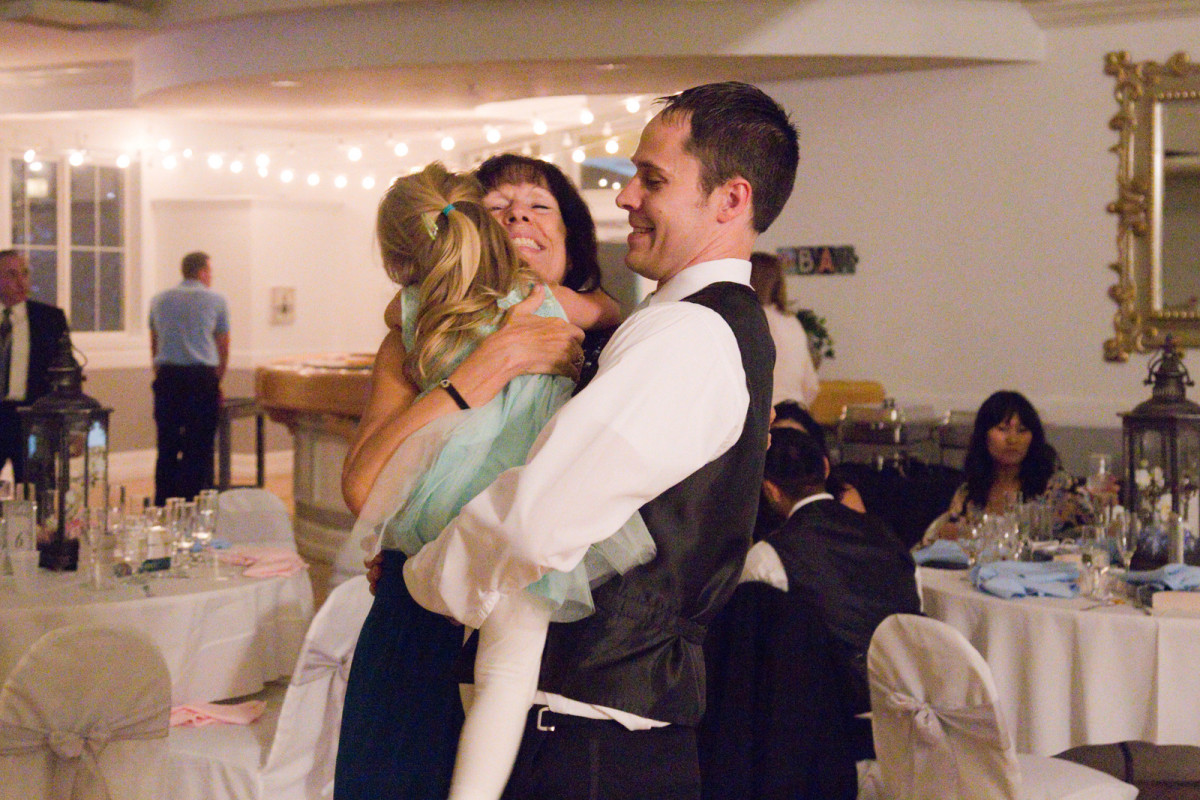 Dylan made it way past his bedtime…not exactly the party animal, but he still looked dapper in his suit so we’ll give him that. 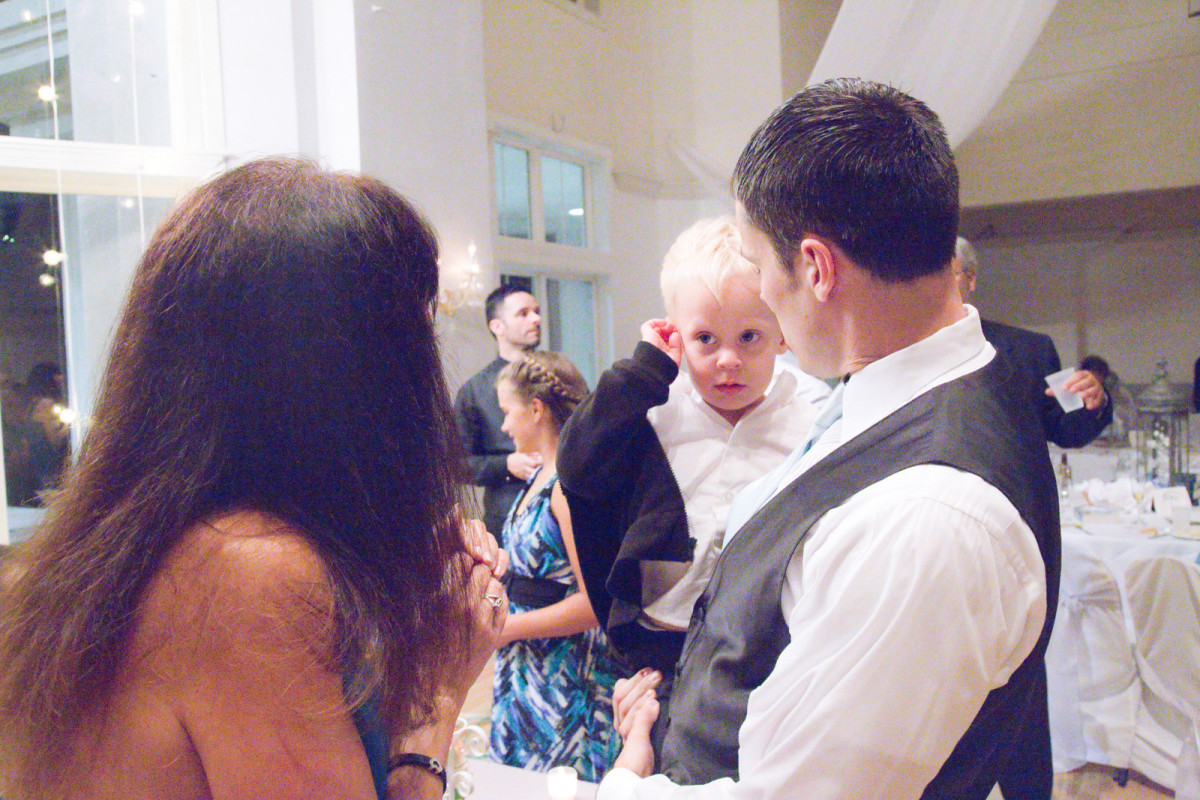 And that, my friends, was THE Wedding.  Happy One Month, Nick and Victoria.  May you enjoy each other richly all the days of your lives.

(we’re working on an update to Nick’s site – good news! – so check there in the next couple of days if you’ve been journeying with us/him).