Posted on Aug 6, 2015 in Big Moments, Down Syndrome, Education, Motherhood, The Fam 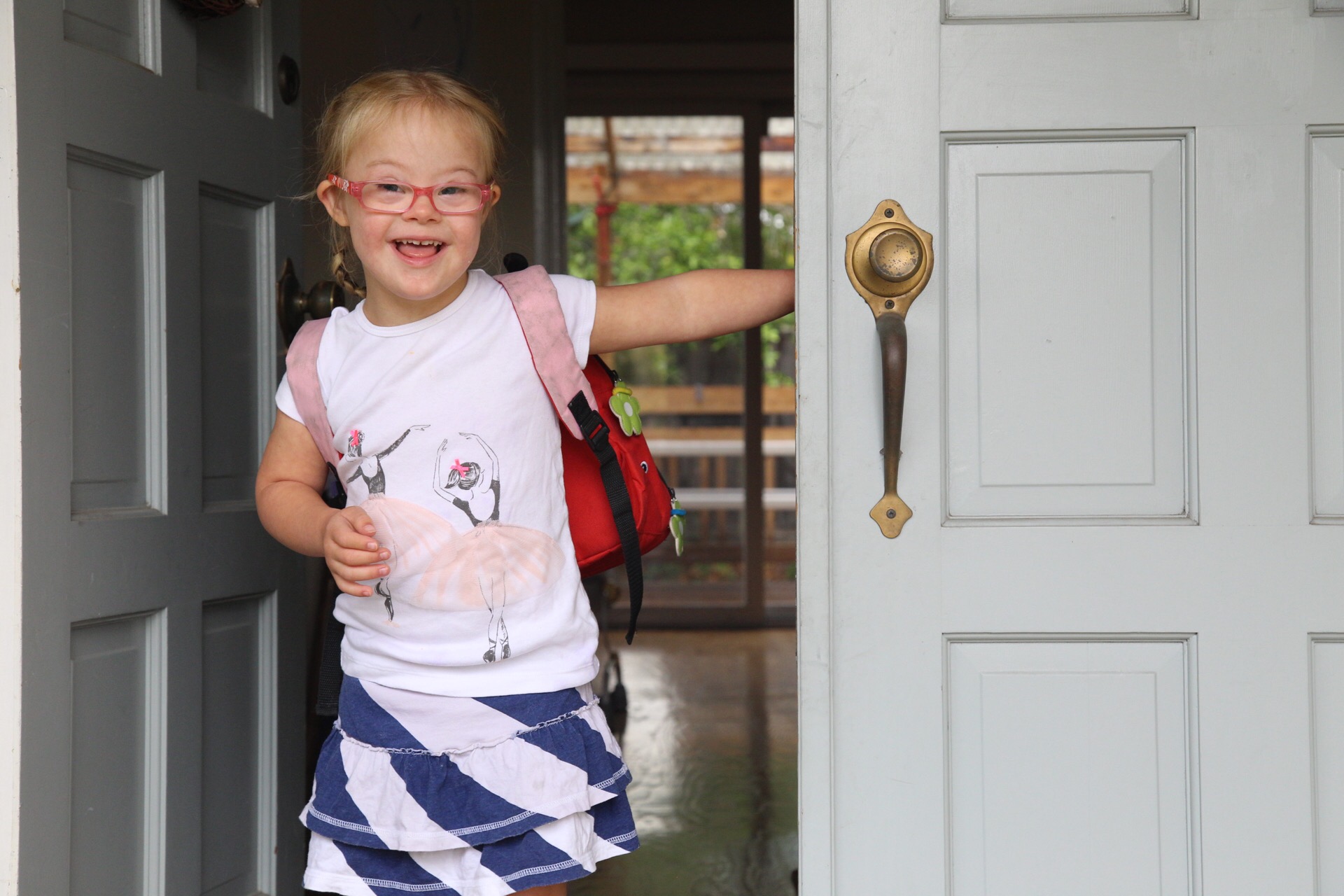 How will she know which is snack and which is lunch?  Is it enough food?  healthy? too messy? what are the other kids going to have?  Let’s practice opening the container at breakfast to make sure she can do it.

Braids.  Can’t have her hair falling out all over the place or dropping in her food or art.

Is this skirt too short?  Gotta make sure she’s got shorts on underneath?  Maybe not a white shirt? They probably won’t paint on day 1, right? I should have gone back to school clothes shopping!?  But we have plenty of clothes as it is.  Oh yeah, back up clothes…better pack two sets just in case.  God, I hope she doesn’t have an accident today.  Wait, when was her last #2?

Yes, folks.  Today I earned my first day of kindergarten badge.  And it sounded like it was a good day for Whitney!  I never posted an update after our IEP meeting about which school we chose and why…but to be brief, we are at the local Charter school and so far there are so many little things that give me the warm fuzzies that it will be a place where Whitney (and Dylan and Leslie eventually) will have fun learning, and will be fully integrated parts of their classroom and school communities.  Some of the reasons: smaller class size (22 kids in Kinder), parent participation, project/play based learning, basically no pressure (no worksheets, no homework, no grade letters), full inclusion of differing abilities – with appropriate support.  The administration proactively called us in for a meeting back in May and asked “what can we do to help Whitney succeed?”  They told us then who they thought would be Whitney’s teacher and we met her.  They had a play date a few weeks ago for kids in her class, and the teacher invited us to visit the classroom – we went earlier this week and checked out the room, and visited the potty.  We also met the whole Learning Center staff of all the specialists (Speech/OT/RSP) who happened to be meeting next door and took a break to come over and get down on the ground and play puppets with Whitney and touch base with me.  Seriously, you guys, there is so much good going on intentionally by this school.  I’m really hopeful our family will thrive here. 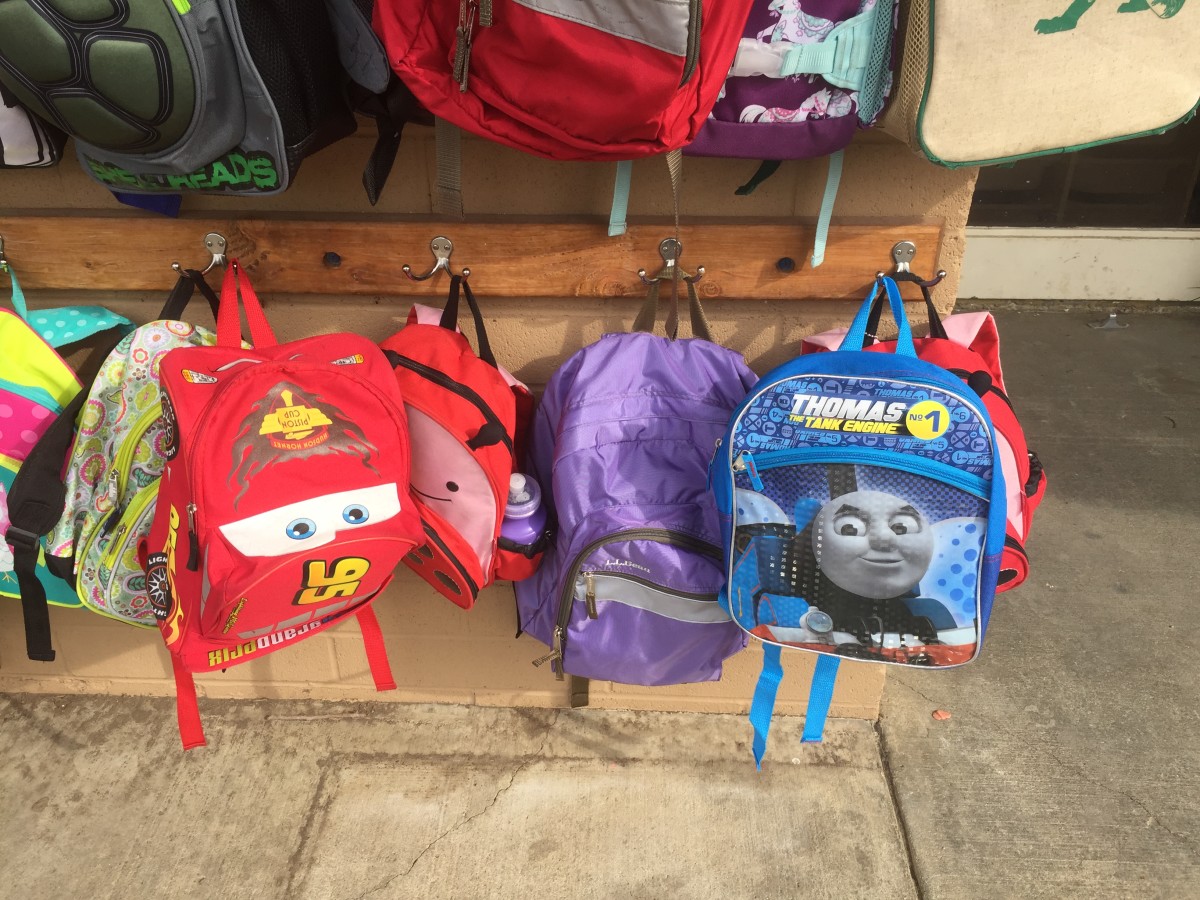 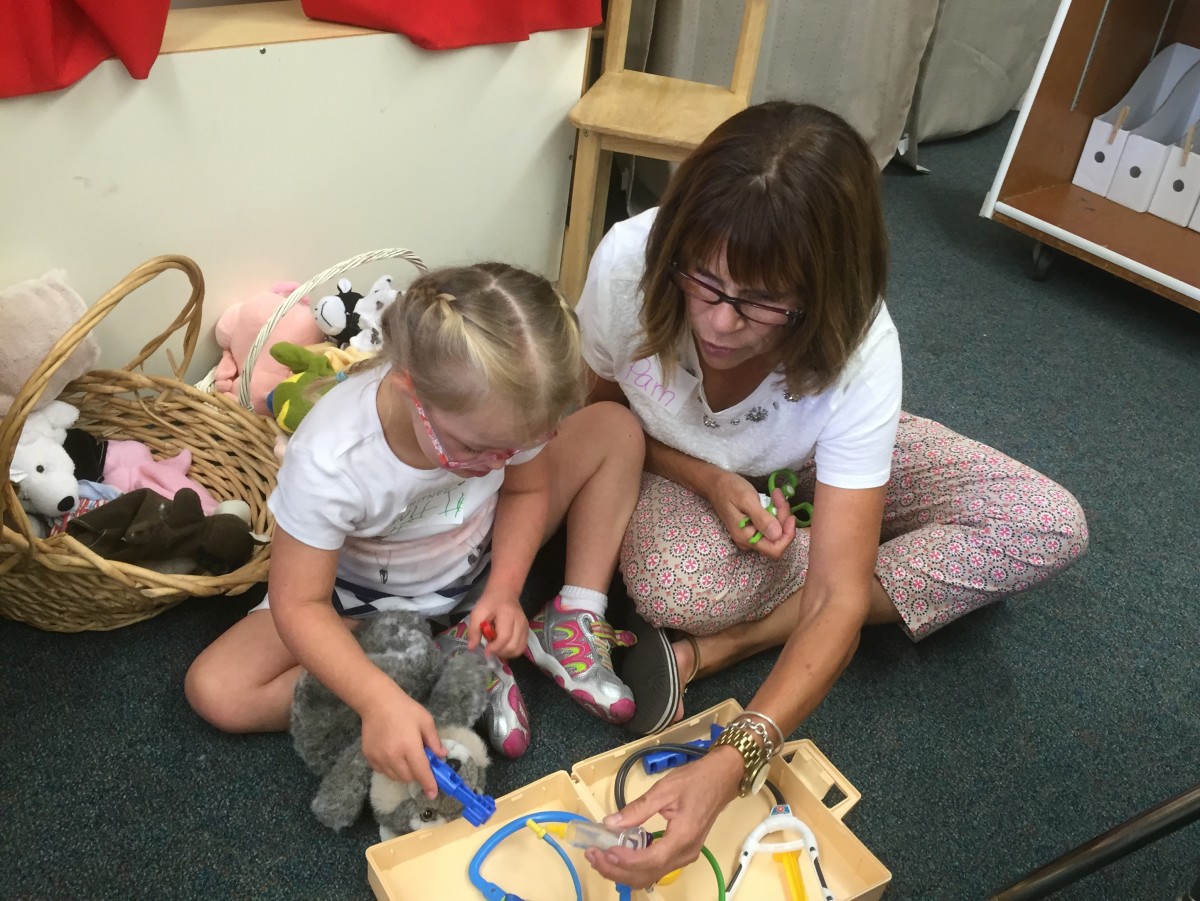 They said she did great.  The transitions came fast and were hard for her (i.e. leaving the playground to come back inside at recess – duh, not a surprise), but that will come as she gets used to the routine.  And of course they told me “She’s so cute!  We’re in love with her already!” (but they tell everyone that, right?).  Her teacher showed me a picture she took of Whitney holding hands with another girl and running through the grass. and then another one of her sitting playing at a table with kids all around her.  It was so exactly what I wanted to see!   When we picked her up she was pink in the face and sweaty from playing so hard, and she was happy and energetic and SO excited to see us – but especially her baby sister, who promptly got smothered in greetings.

…and here’s the photo of the daughter picking up the grand daughter on the first day of Kindergarten. 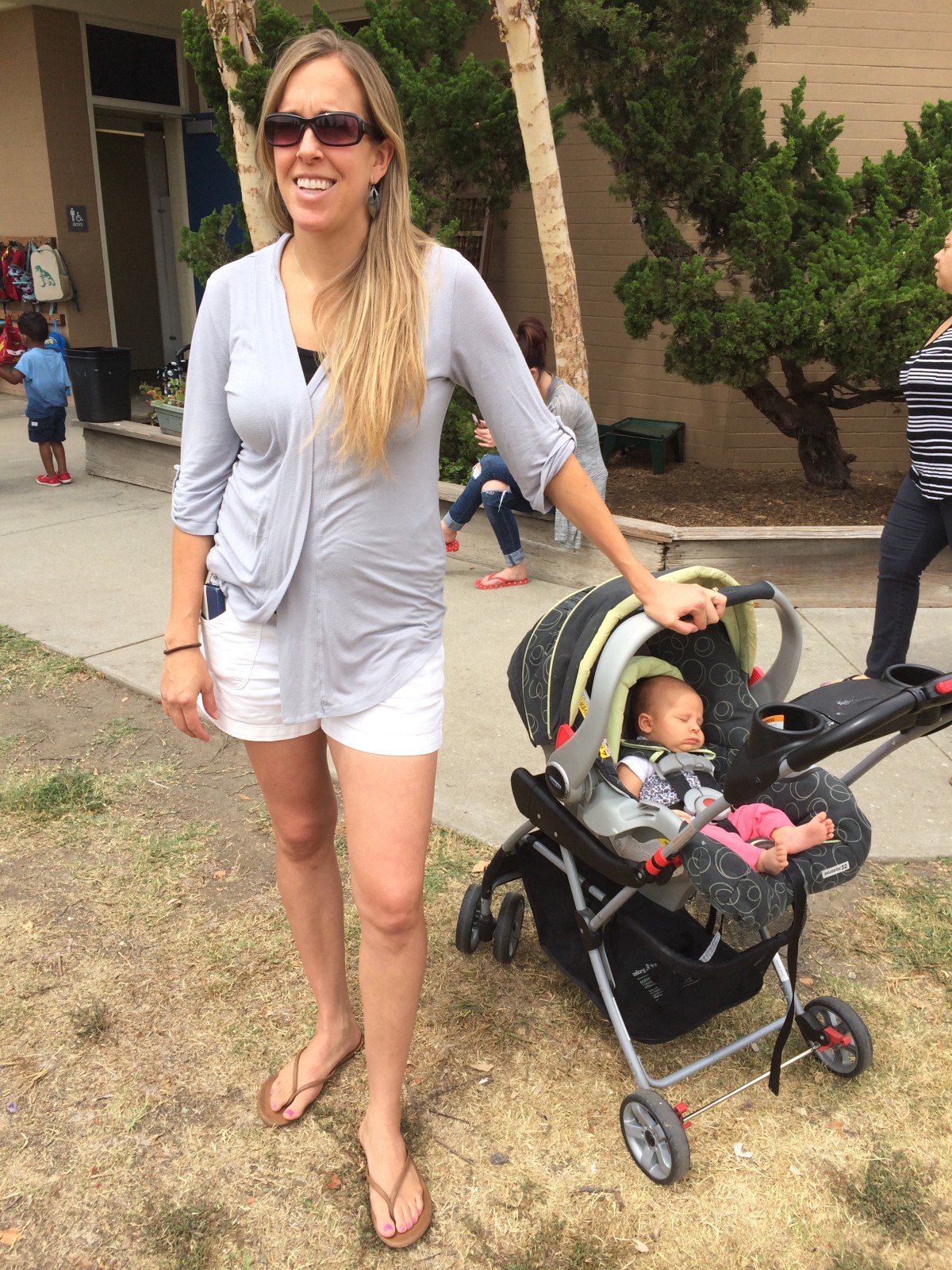 This is half way home – walking until we were rescued by Tyler and could go back and get the car. 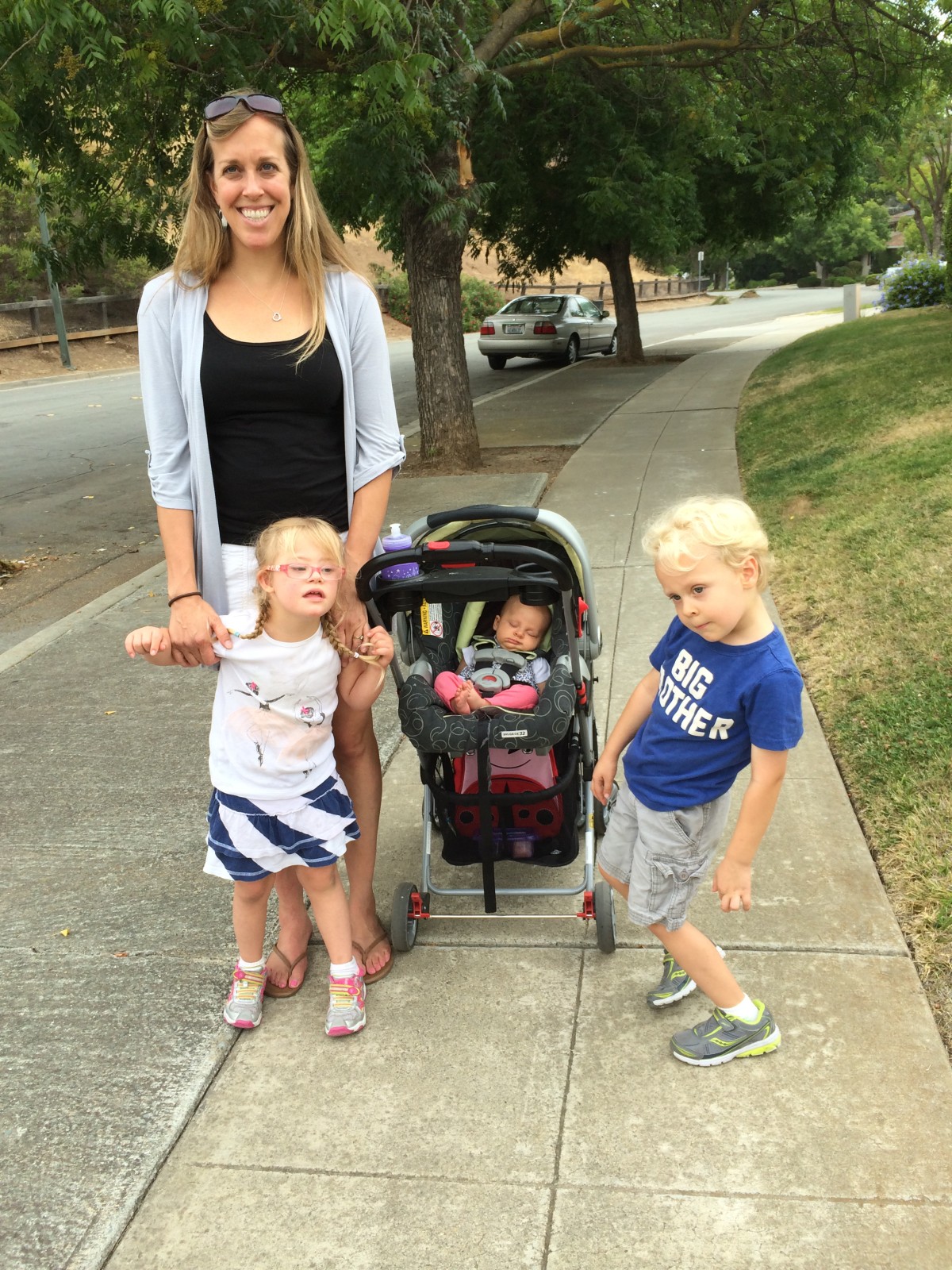 Dylan’s posing for the first-day-picture…although his first day isn’t for another month.  (p.s., his go-to outfit criteria is uni-color now…green-green, blue-blue…I’ve decided to let him shine his own light at least for a little while before having a style-intervention). 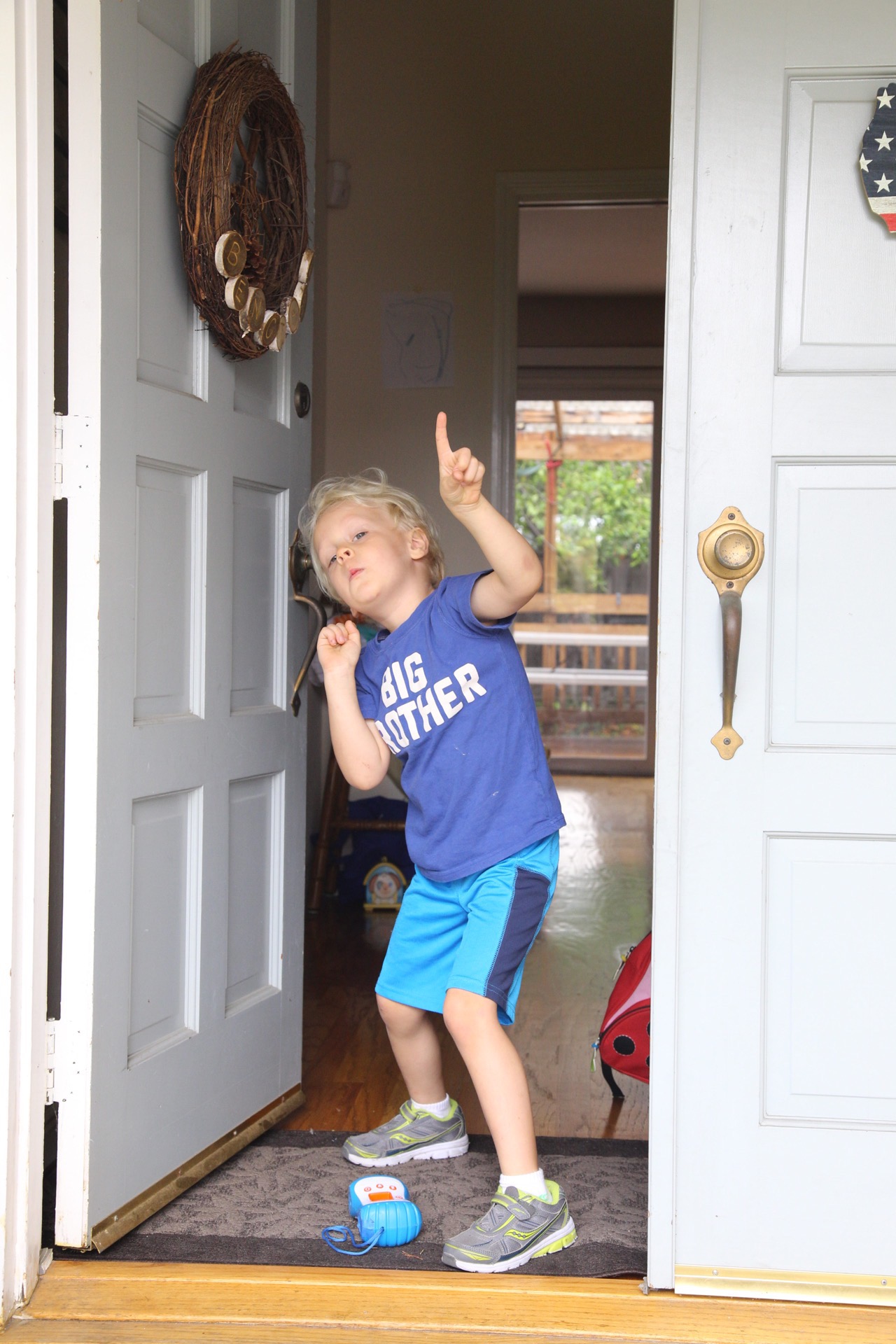 In other news…with my mom back in town and helping with the kids we got to have a re-take tonight on our failed date night.  Much better! 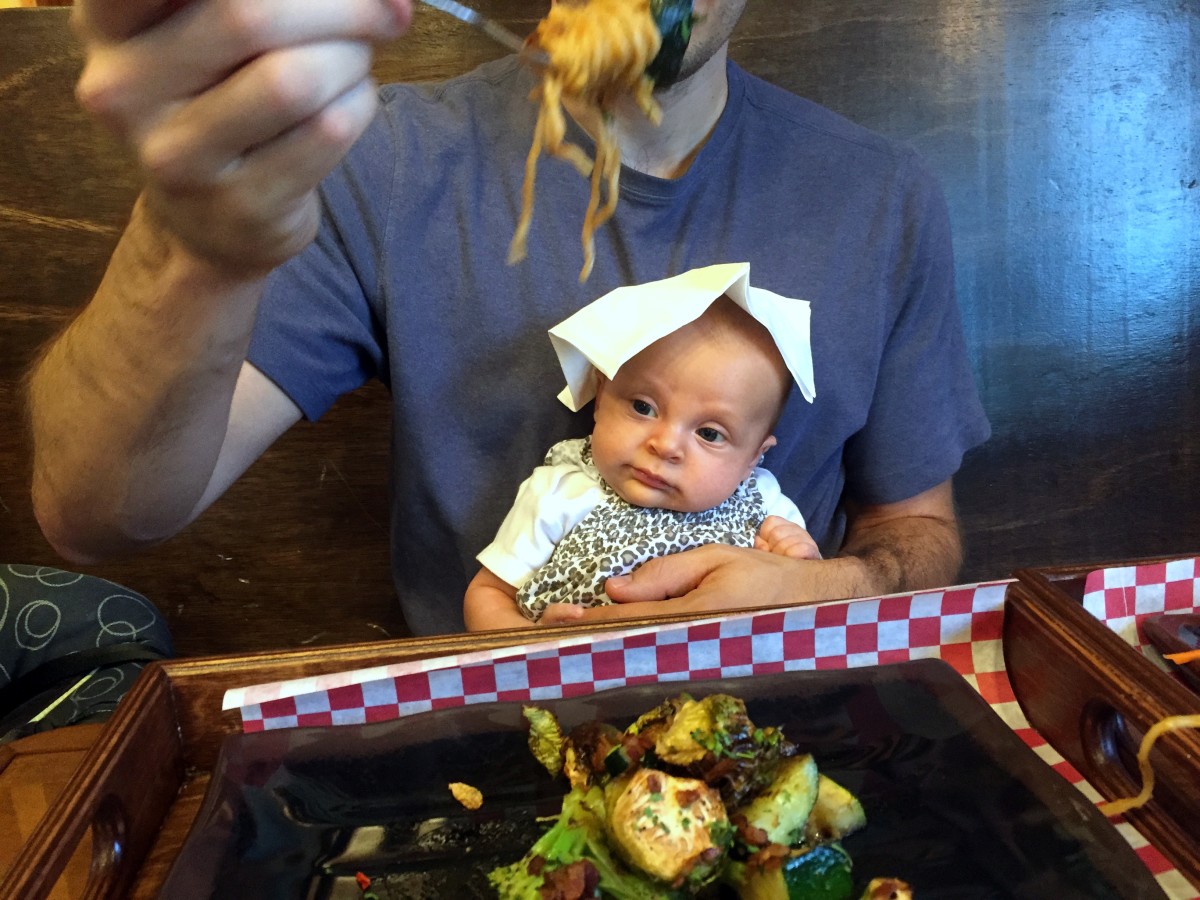 D: “look mom! I made a guy holding a popsicle!” 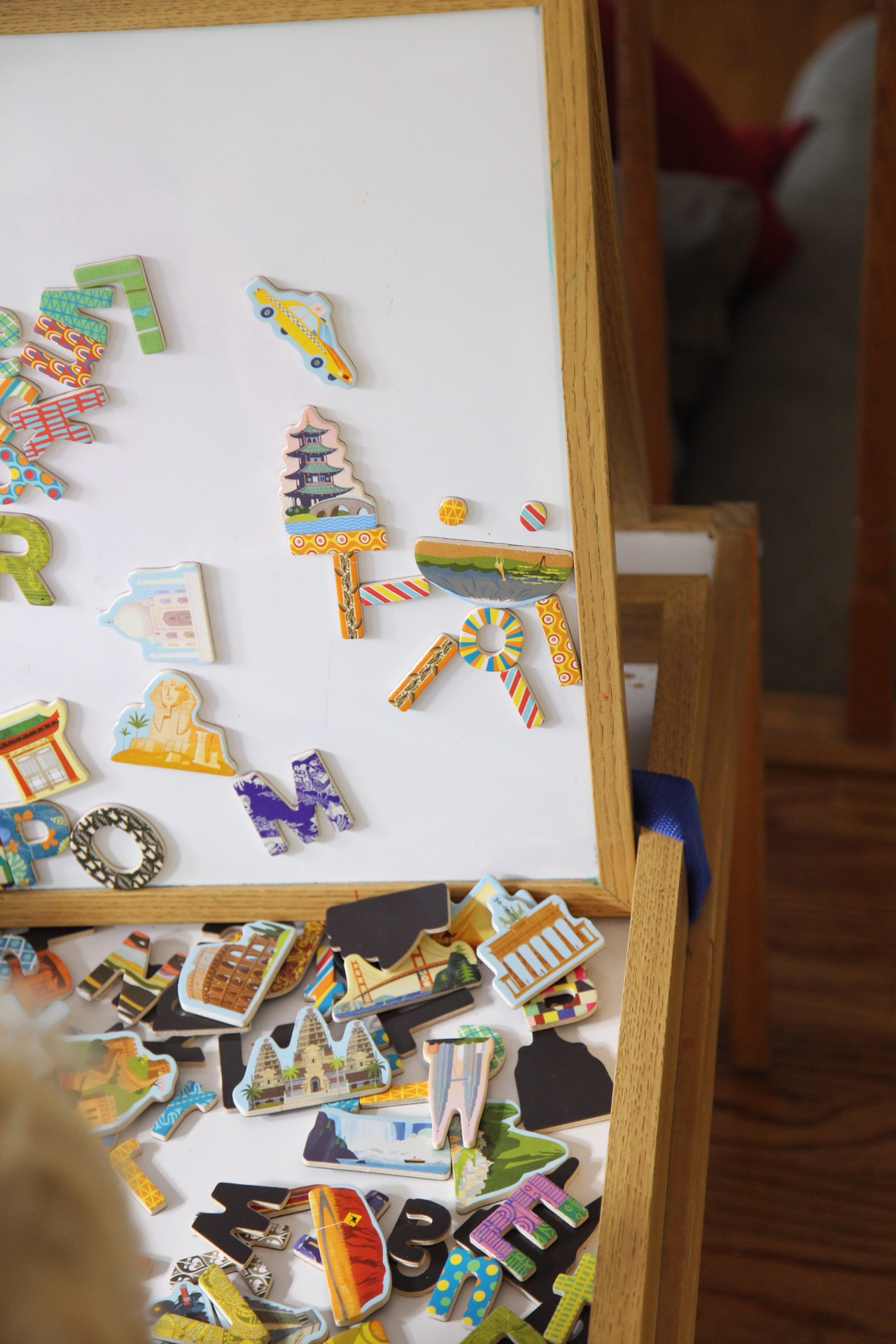 And I couldn’t resist this series…floor/tummy time=smother the baby time.  Leslie is their favorite. 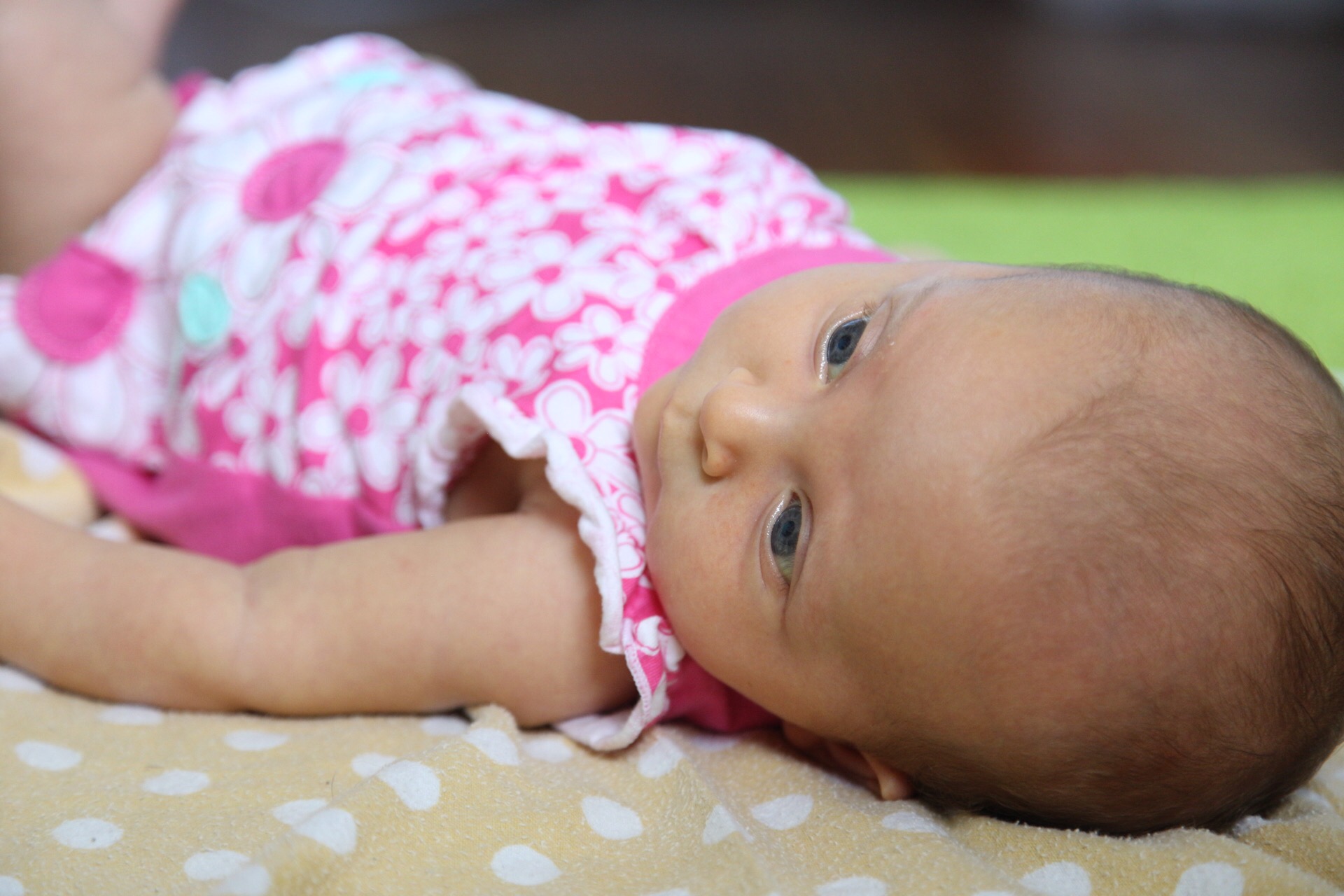 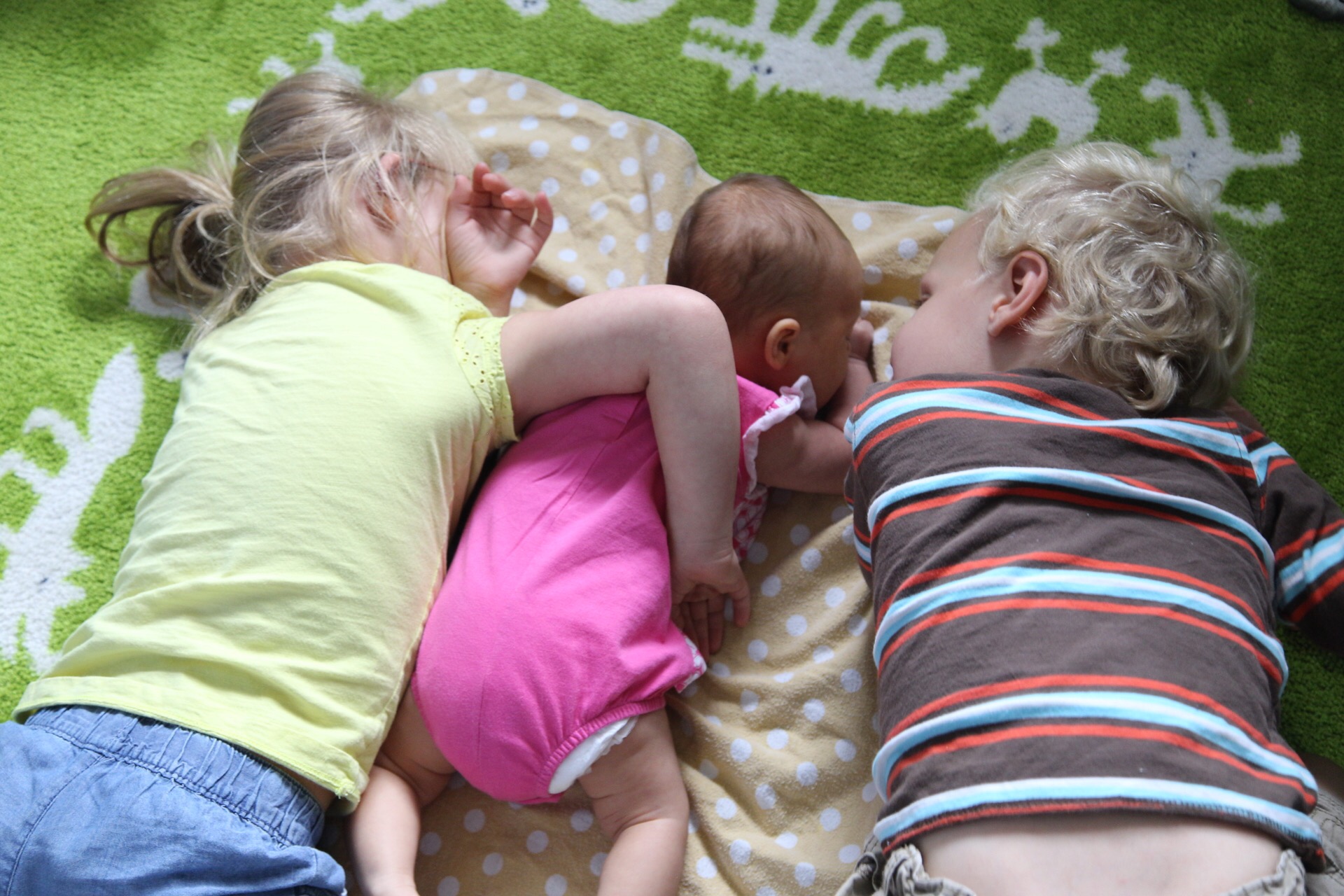 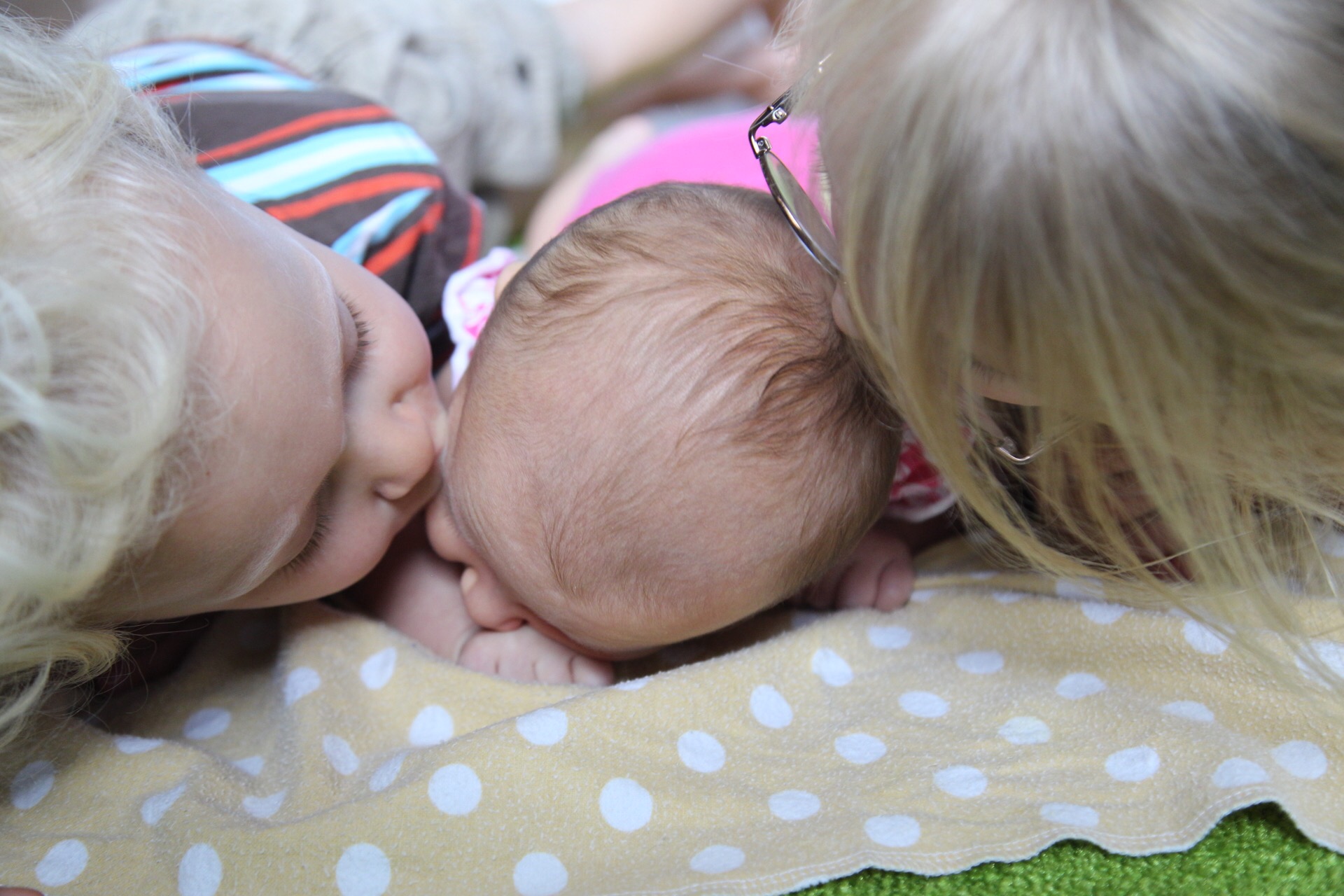 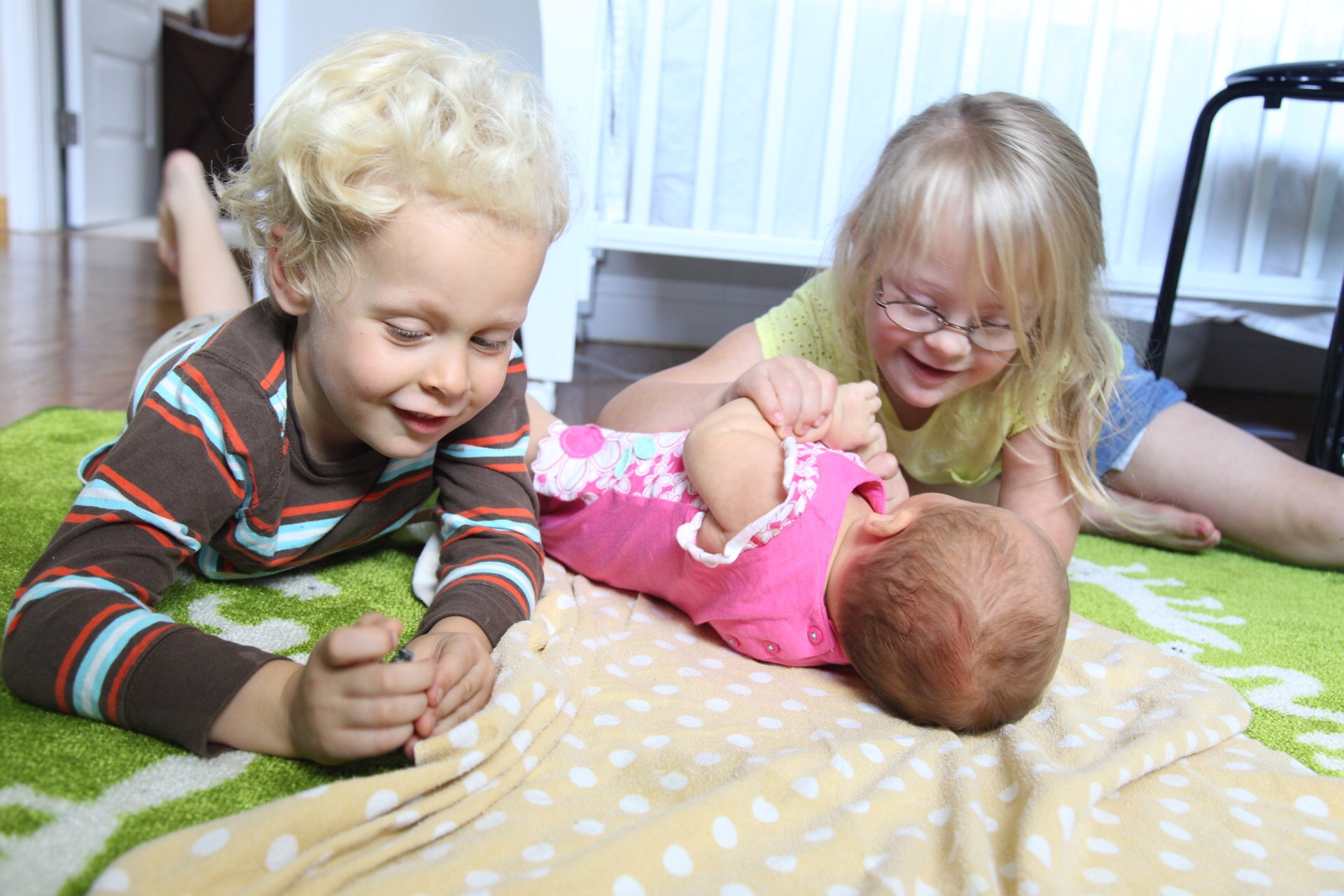 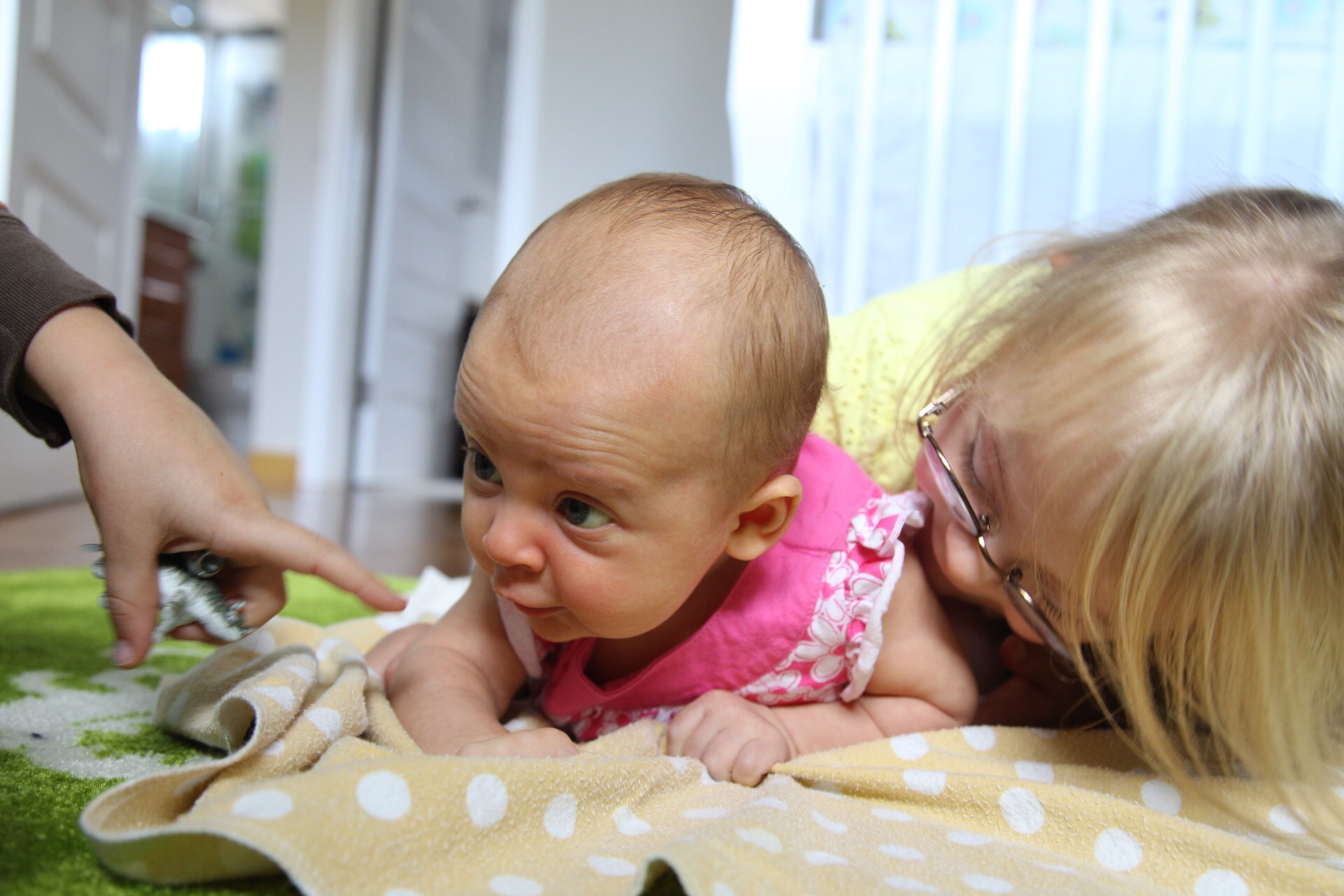 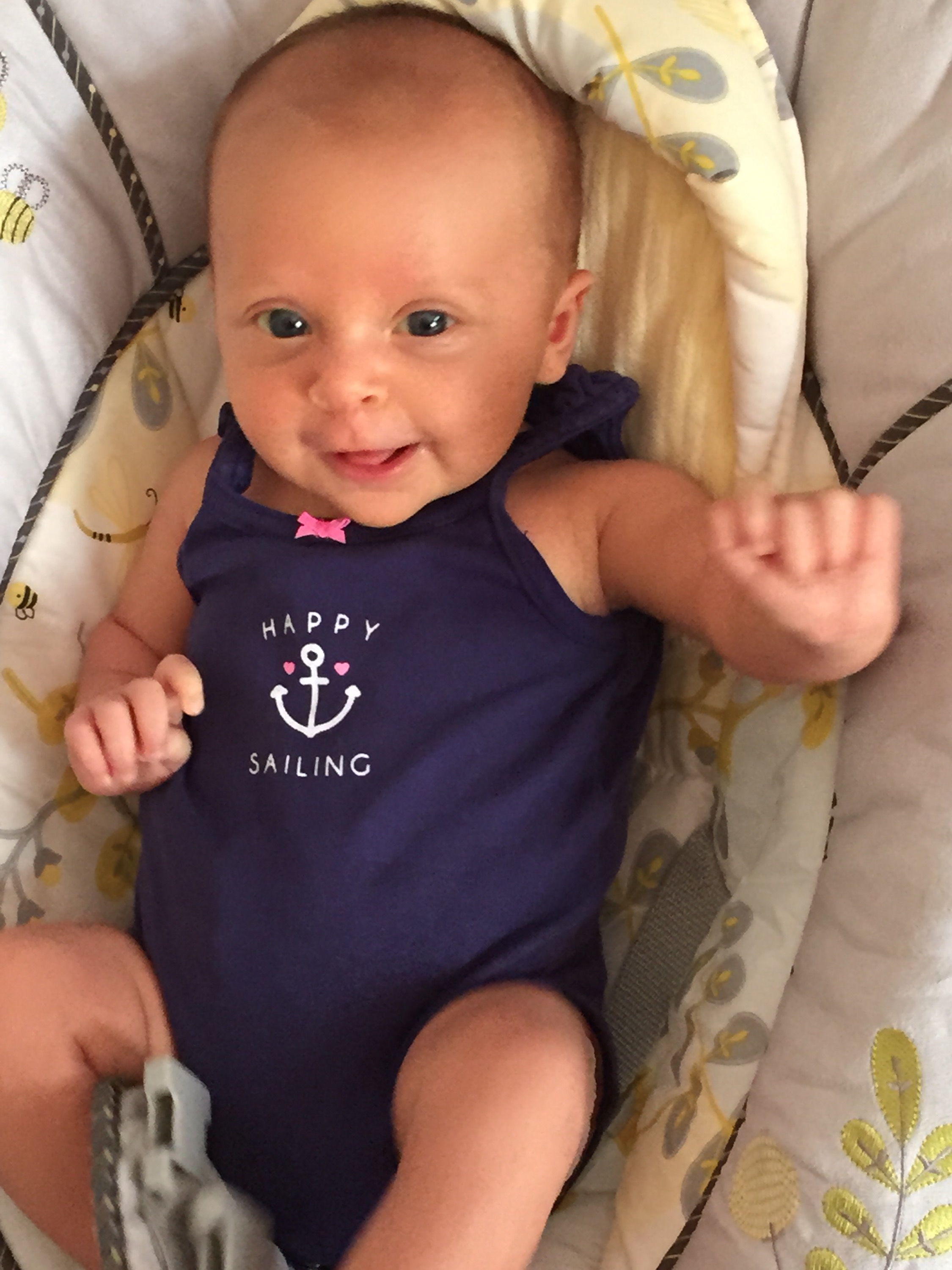