Glasses for Down Syndrome

The day is here.  Whitney needs to get glasses. 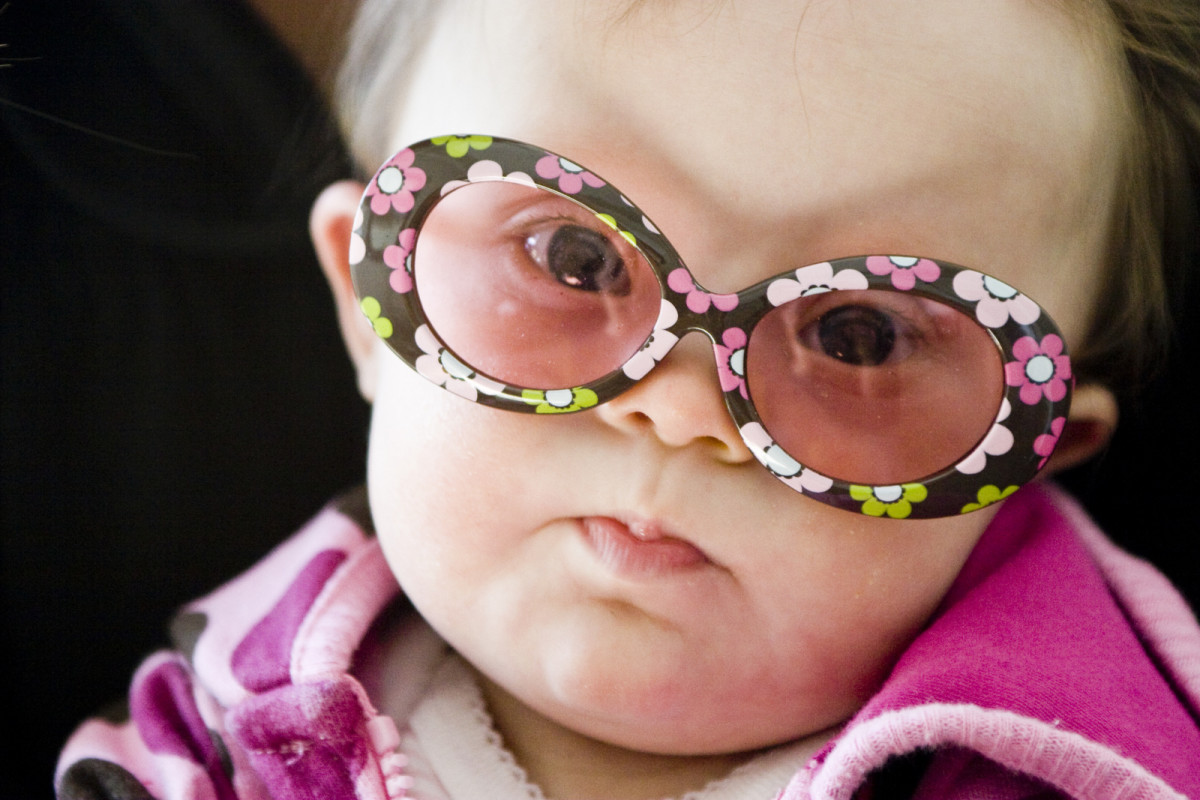 She’s far-sighted and has astigmatism.  Actually, her vision hasn’t changed since last year, but her optometrist said that with the amount of school she’s in and her activity at this age her eyes are working really hard and glasses would alleviate extra strain the eyes are going through.

Seeing clearly is important.  People with Down syndrome are often visual learners, and we notice this to be true.  For Whitney, her unilateral hearing loss and the fact that she periodically gets fluid in her ears means she relies on her eyes even more.  The doctor said that far-sightedness is common for toddlers and that it’s possible her eyes will correct themselves as she continues to grow.  I’m guessing even if they do, she is probably doomed to poor vision again at some point considering my abysmal vision and complete dependence on corrective lenses.  It’s just happening sooner than we expected.

So now we are on the hunt for glasses.  I have my reservations about glasses – will she keep them on? will it make her stand out even more? will the lenses glare up when I take pictures?  (I know, I know, what a silly concern).  And seriously, which frames?  So far all of the children’s glasses we’ve tried on (at our Optometrist and Costco) have been SO big on her – the lenses come off the side of her face!  I’ve been hunting online for some options.  Google image searching for toddlers who look cute in their glasses.  It’s crazy the wide range of options and styles out there.

My first thought with glasses frames is why so obvious?  I keep seeing such thick and distracting frames. But then I wonder if I am just dragging my feet and not embracing glasses as a fashion piece?

I discovered that there is a company that has taken on the niche of glasses for people with Down syndrome, “superior precision eyewear for children who are special.”  They are Specs4us. At first I was skeptical, glasses are glasses, right?  They say they manufacture a shape that caters to the smaller nose – a common feature, and now I’m wondering if maybe that is the best route for us?