How they do a Hearing Test for a Toddler

Whitney had her hearing tested again this past week…and it’s amazing to me how they test hearing for toddlers.  If you’re like me, you remember hearing tests in grade school where you put big headphones on and lift your finger to point to the ear where you hear the beep.  Well, you can’t do that with the little ones.  So are you wondering what they do?

Before leaving the hospital these days all newborns are screened for hearing deficiencies.  A lady rolled a computer cart into our space and stuck a thing on Whitney’s forehead and headphones over the ears and ran a program that checks for responsiveness in the nerves in the brain.  For Whitney, they ran this test over and over and then had us come back in a week later to run it again because Whitney’s right ear kept failing the screen. 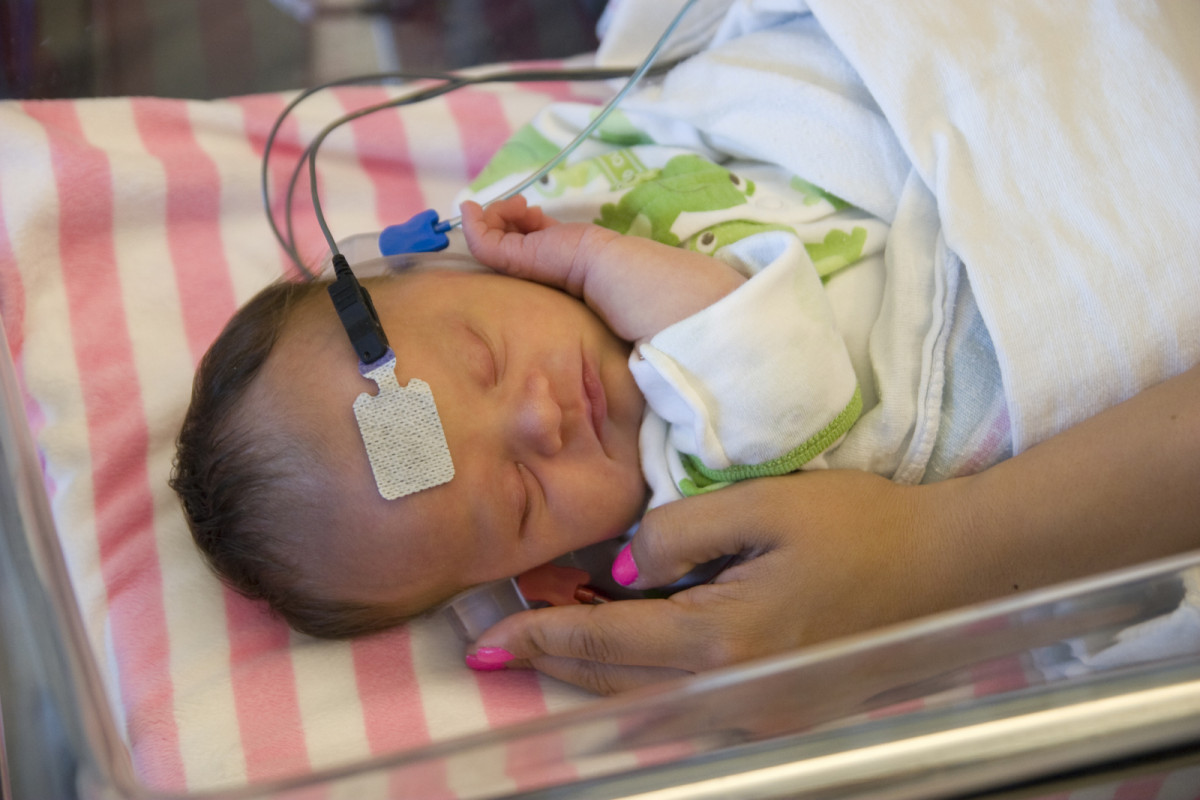 The next type of test we had was a more extensive version of the screen called an ABR, Whitney was 3 months old and they had to lightly sedate her.  This test confirmed that she is deaf in her right ear – at the level of the auditory nerve.

Then, a few months later they tried conditioning.  Remember psych class? They would try to teach her to look at a flashy toy that would light up on one corner of the room as a response to sound coming in the headphones, and there was a different toy that would move on the other side of the room.  It took a few visits for this to work for Whitney, she just didn’t seem that in to the toys until this past year.  The audiologist would also be looking for facial clues (change in expression, looking up, head movement) that would also suggest that she was hearing those noises.  This picture was her last test back in April this year. 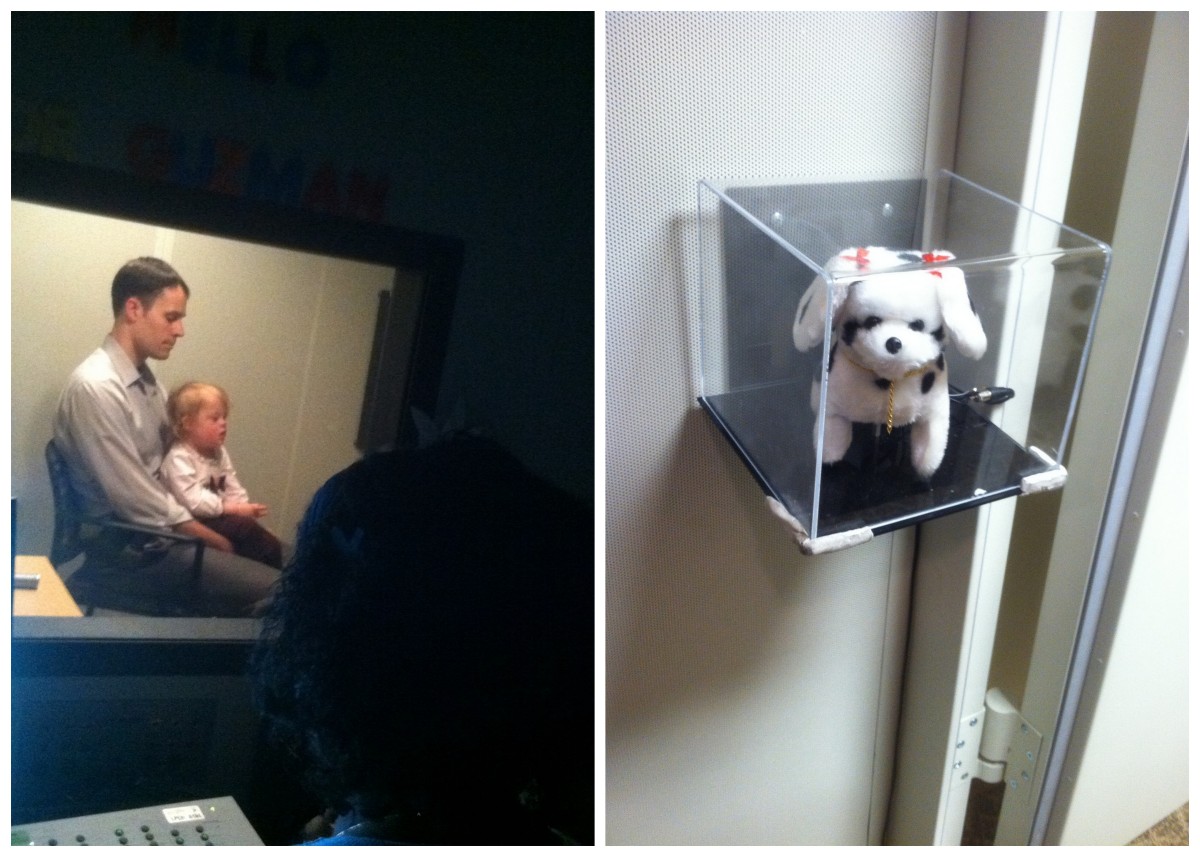 This past week I was pleasantly surprised that Whitney cooperated with an even newer technique.  She wore headphones and the audiologist taught her to “listen for the birdie” and then put a ring on the stacker when she heard it.  And it worked!  I thought there was no way she wouldn’t just stack whenever she felt like or just not stack at all, but she held the ring to her cheek and then when she heard the noise she’d light up and start cheering and put the ring on.  Frankly, I was amazed at the audiologist.  She had Whitney cooperating with this for like 20+ minutes.  When Whitney had had it with the rings she bought more time by getting Whitney excited about dropping shapes in a bucket.  When Whitney started fussing about the headphones she had a different kind to put on that tricked Whitney into even more time.  She got a good read of Whitney’s hearing level and Whitney had fun in the process (and I got to sit and watch proudly). 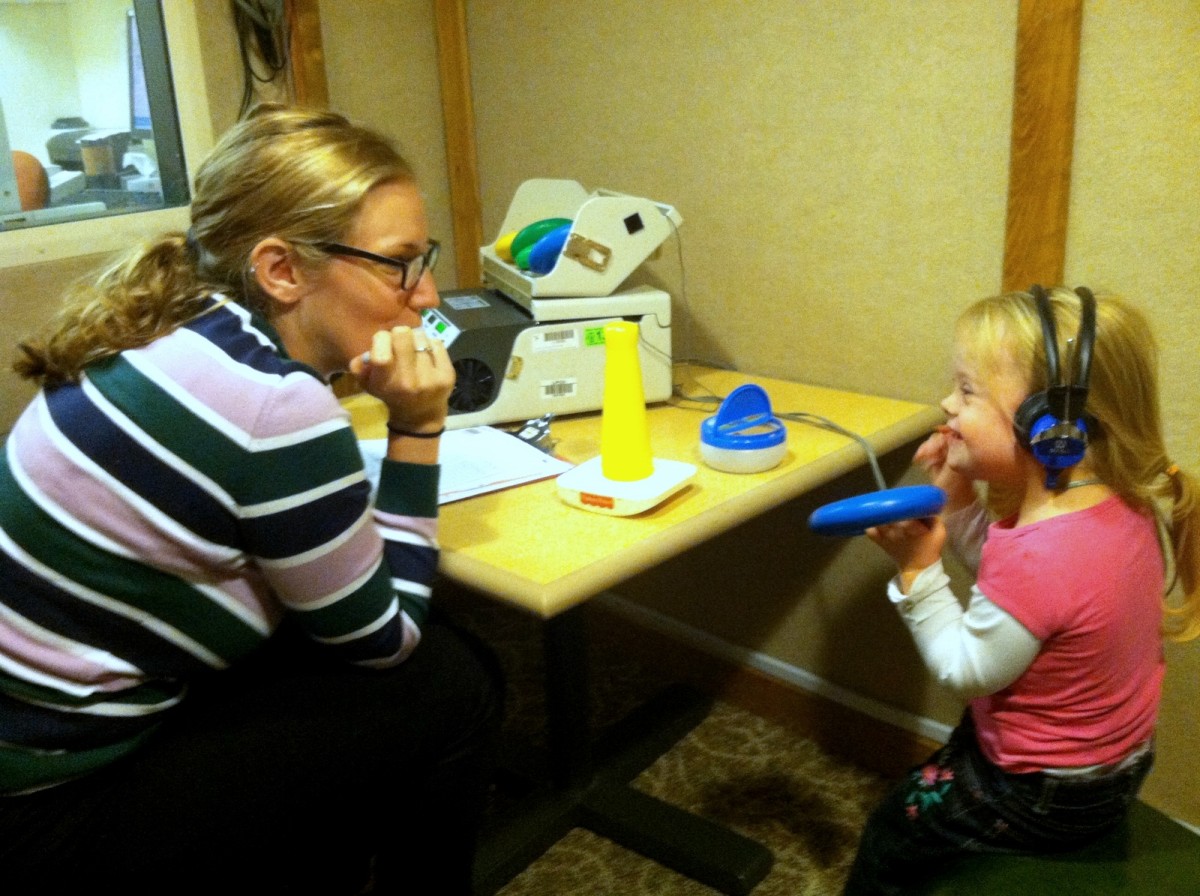 Whitney’s left ear is working well for her.  She can hear all the speech sounds just fine.  We’ll keep testing it every few months to make sure she is hearing as she needs to, but it’s looking good at this point!  Way to go little girl!