Last weekend we enjoyed a beautiful visit with my Aunt and Uncle and spent a lovely afternoon outside at the park with some friends.  I tested out some spots at the lake for an upcoming family session and came home feeling like I had a double shot of espresso because of how energized and excited I felt about playing photography. 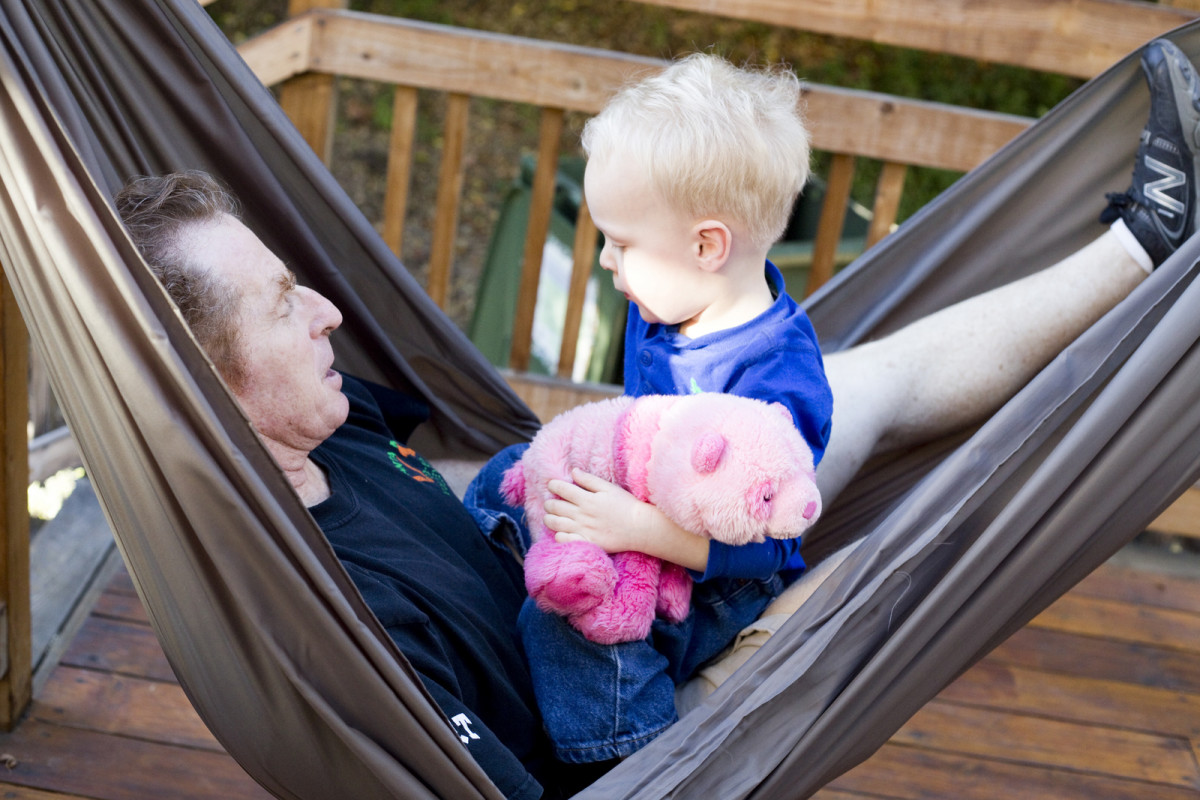 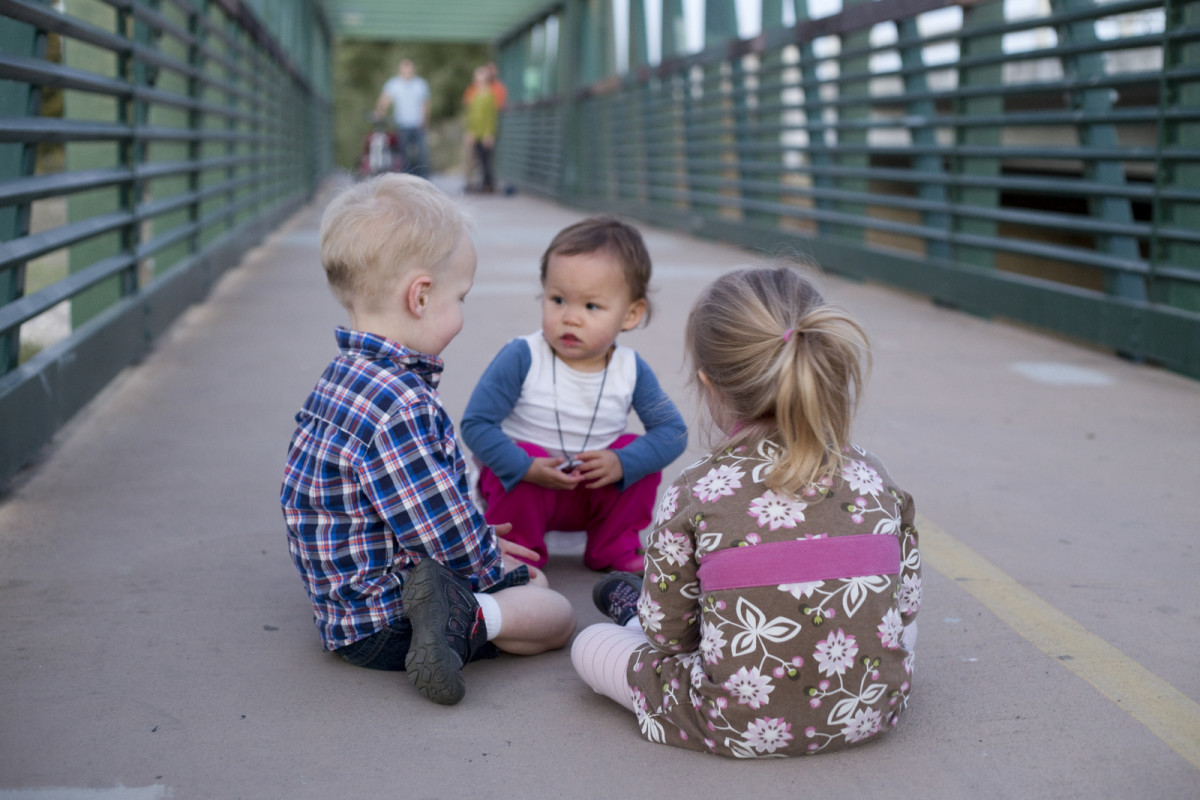 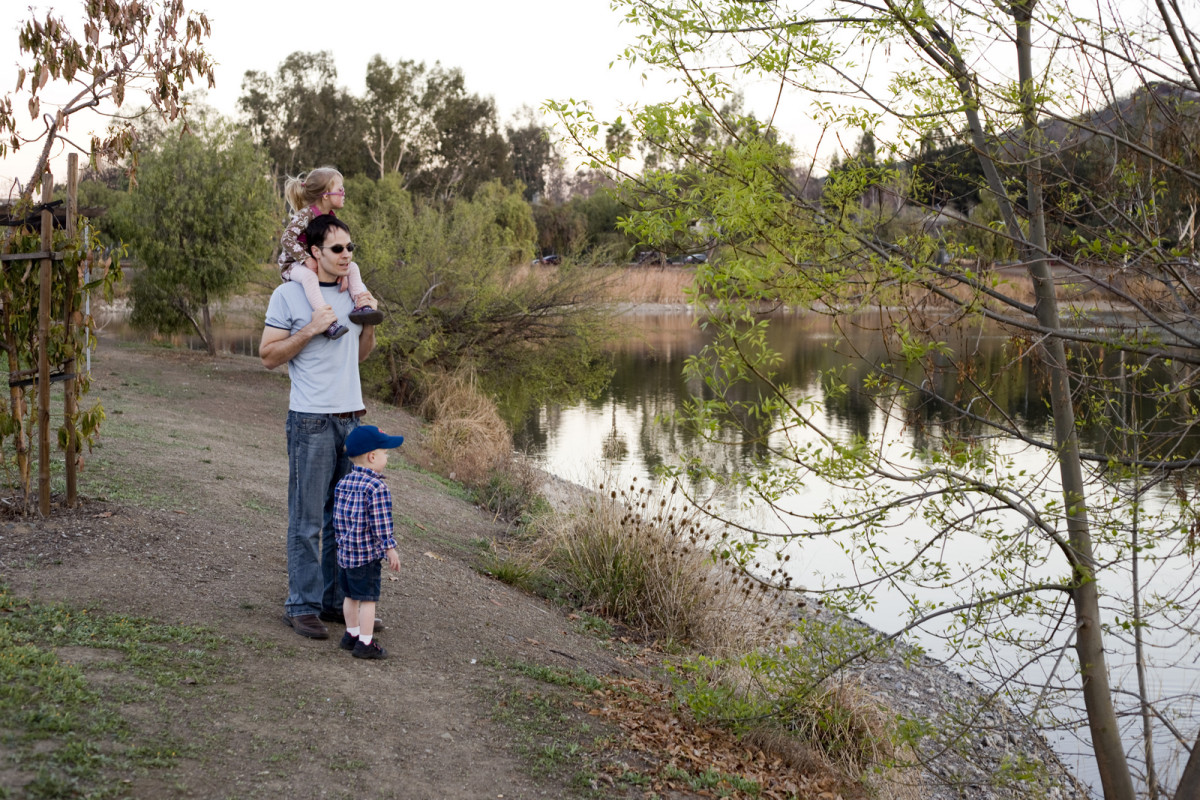 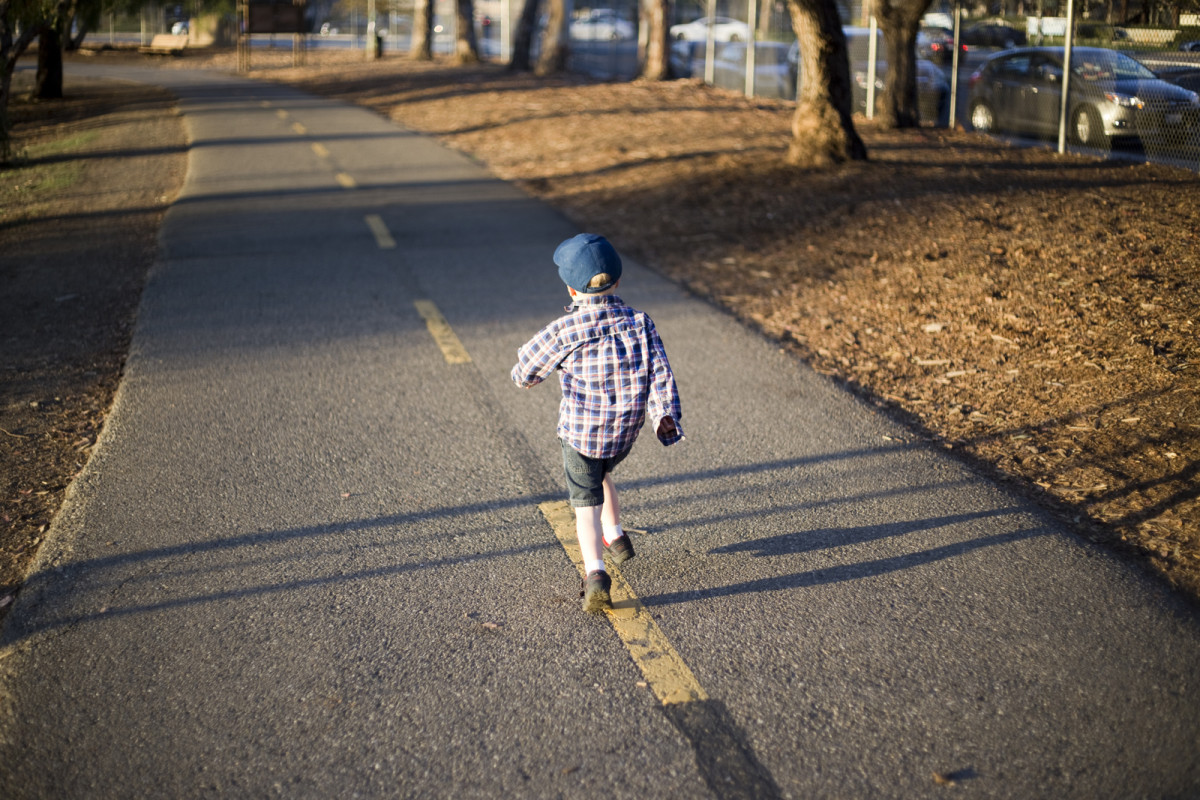 Whitney decided she wanted to join our friends’ family for a photo. 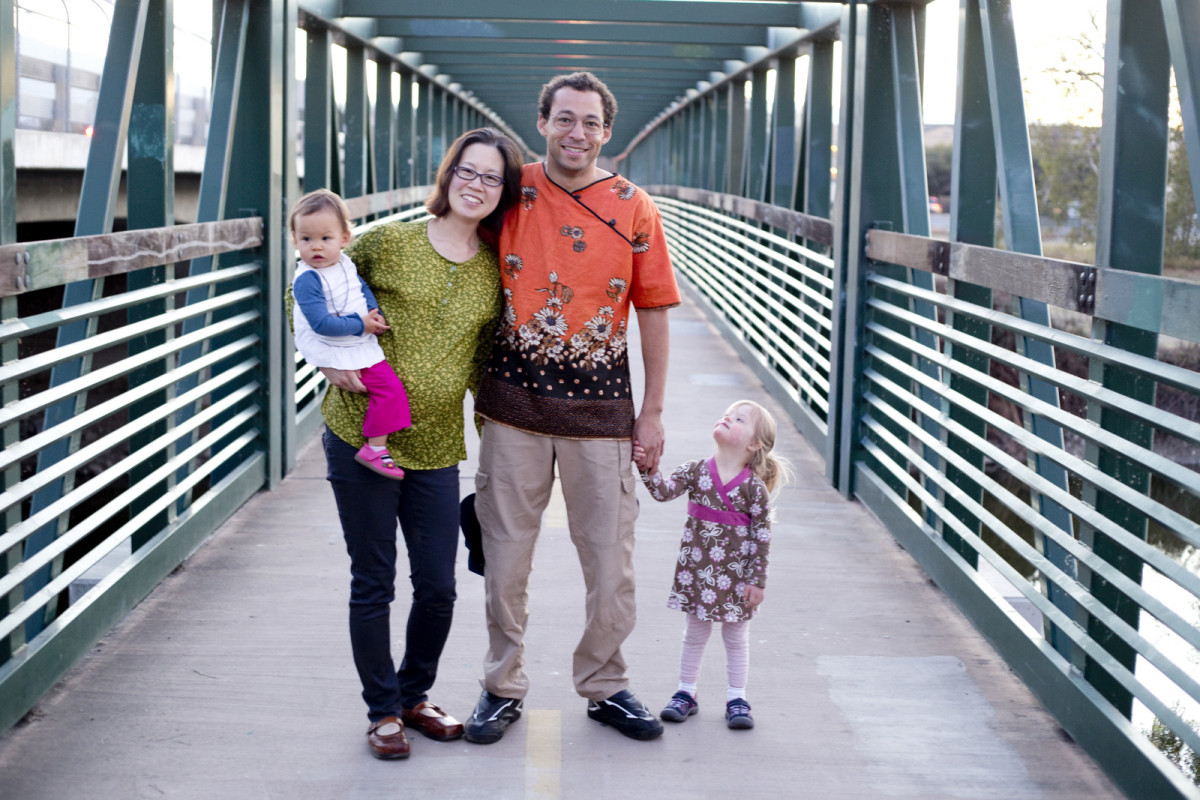 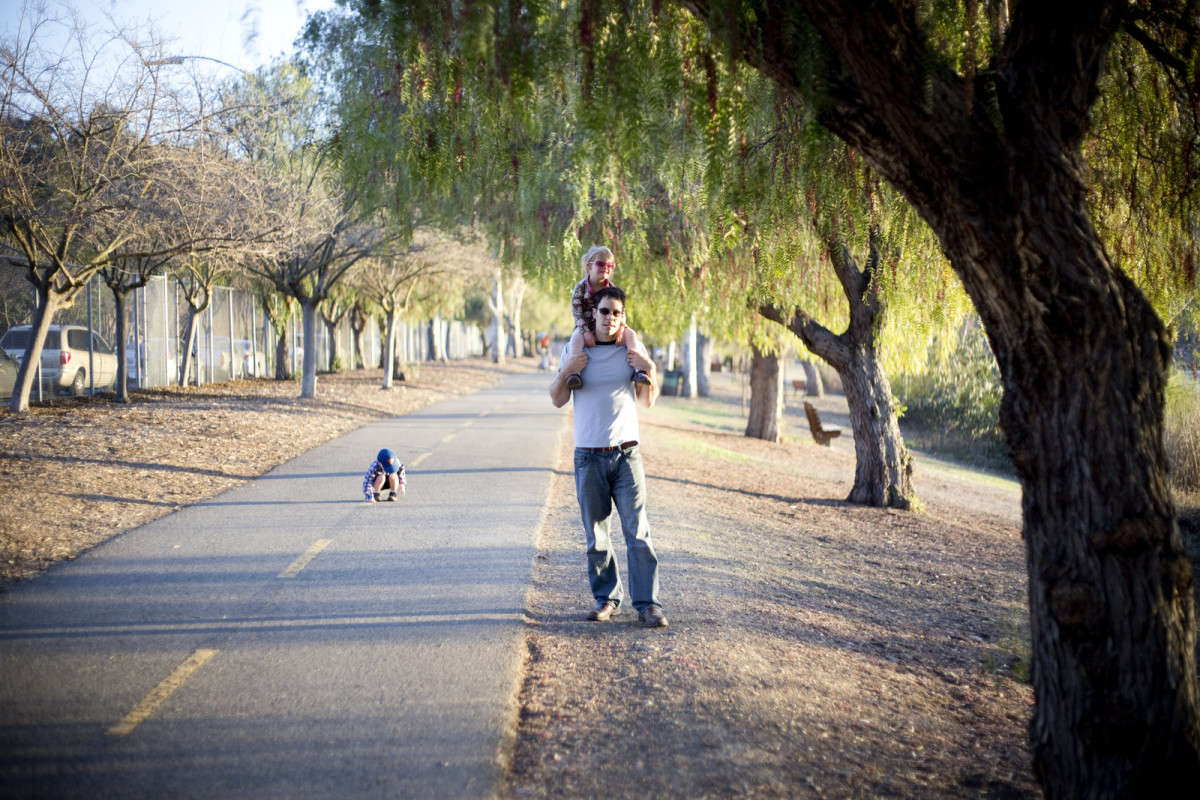 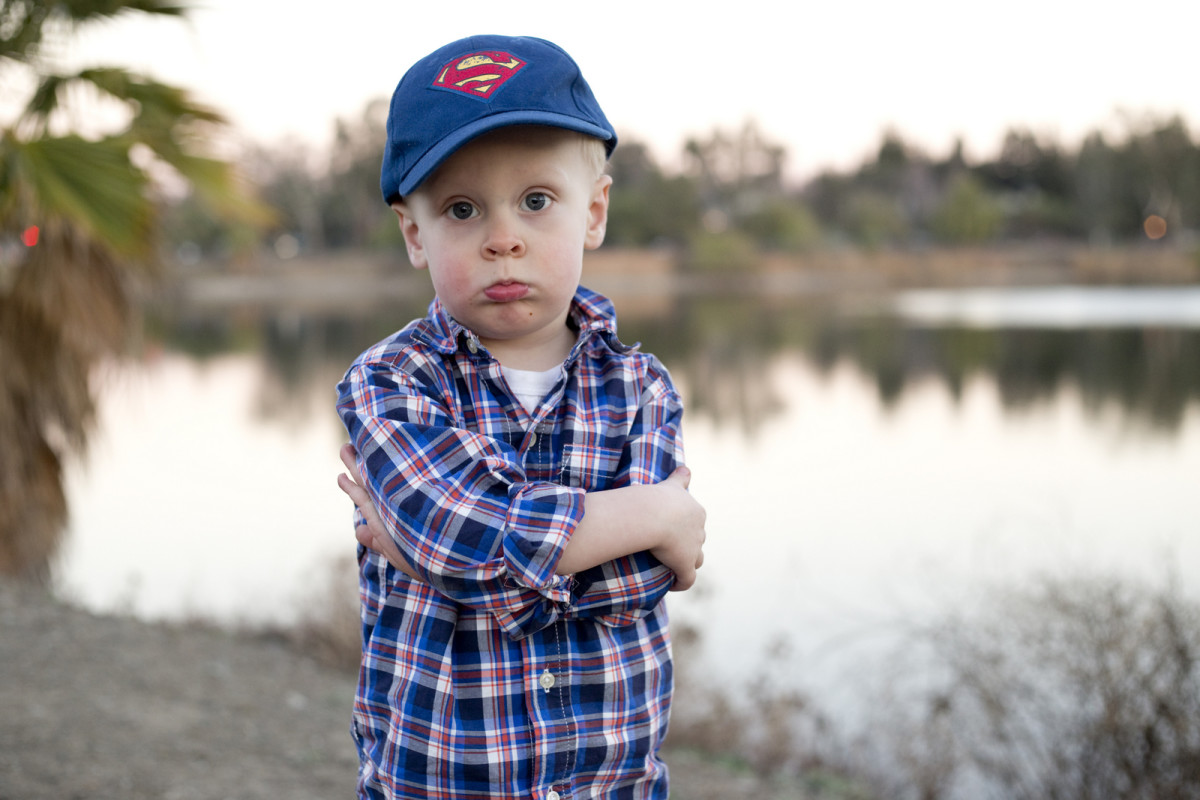 Dylan is climbing like a big boy.  He is fearless on the two-story play structures at the park and has taken up residence in the branches of our lemon tree. He has been quite stubborn and has started to try to get me to go away by saying “Mommy, you go vacuum!” (i.e., when he was playing a game with daddy and I tried to get him to break away to take a bath).  What’s funny is that I really dislike vacuuming and he really doesn’t see me do it very often, so why vacuuming instead of something more realistic like gardening or washing dishes? 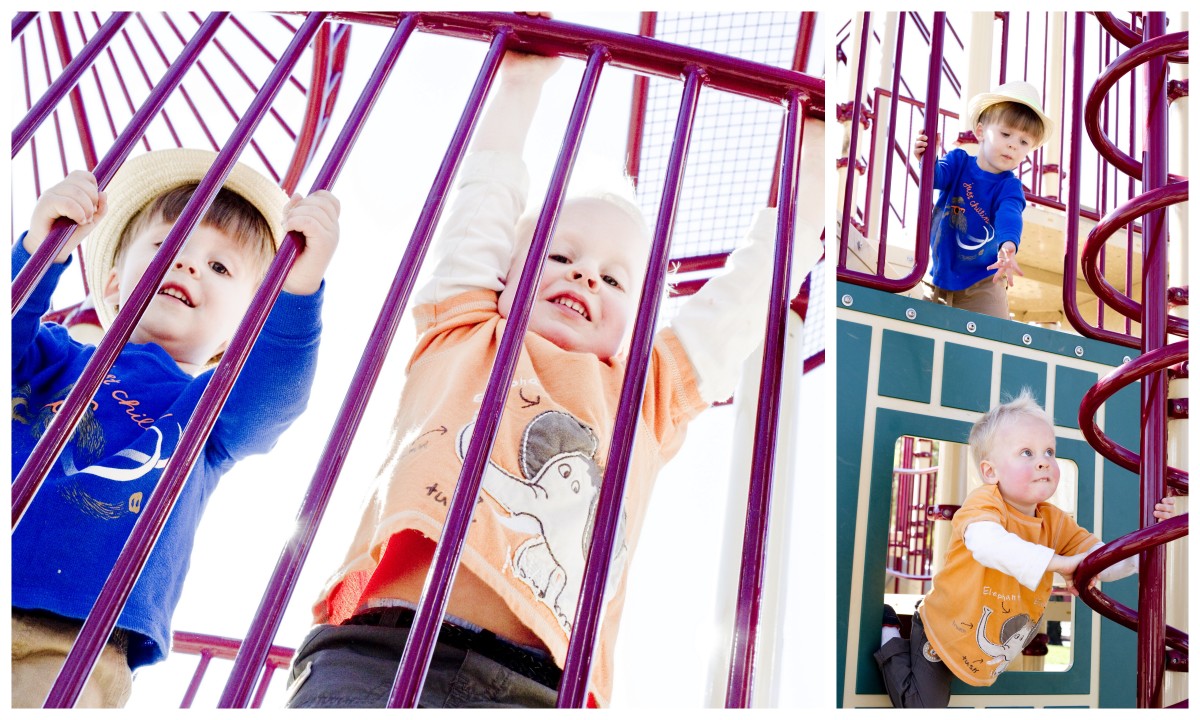 Whitney had her second ballet class (read about the first one here)…she stood in one spot and it revolved around her (while she watched intently), until she saw a parent eating a snack on the sidelines and it was a hopeless cause after that.  Not the progress I was hoping for…but we’ll try again next week.  We ordered her glasses (went with frames from Specs4us – they are designed for people with down syndrome and have a smaller bridge across the nose).  I’m so used to seeing her face the way it is, it seems like it will be hard to get used to her having big spectacles hiding her eyes. 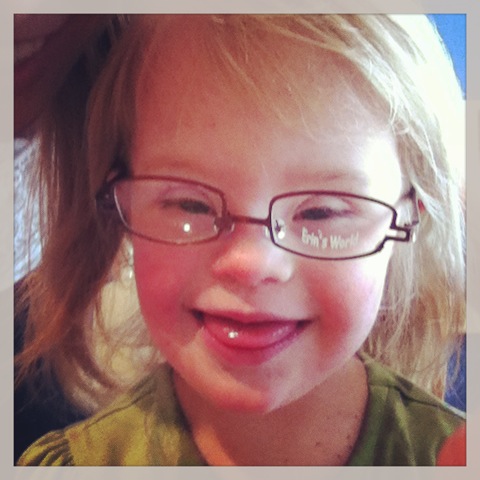 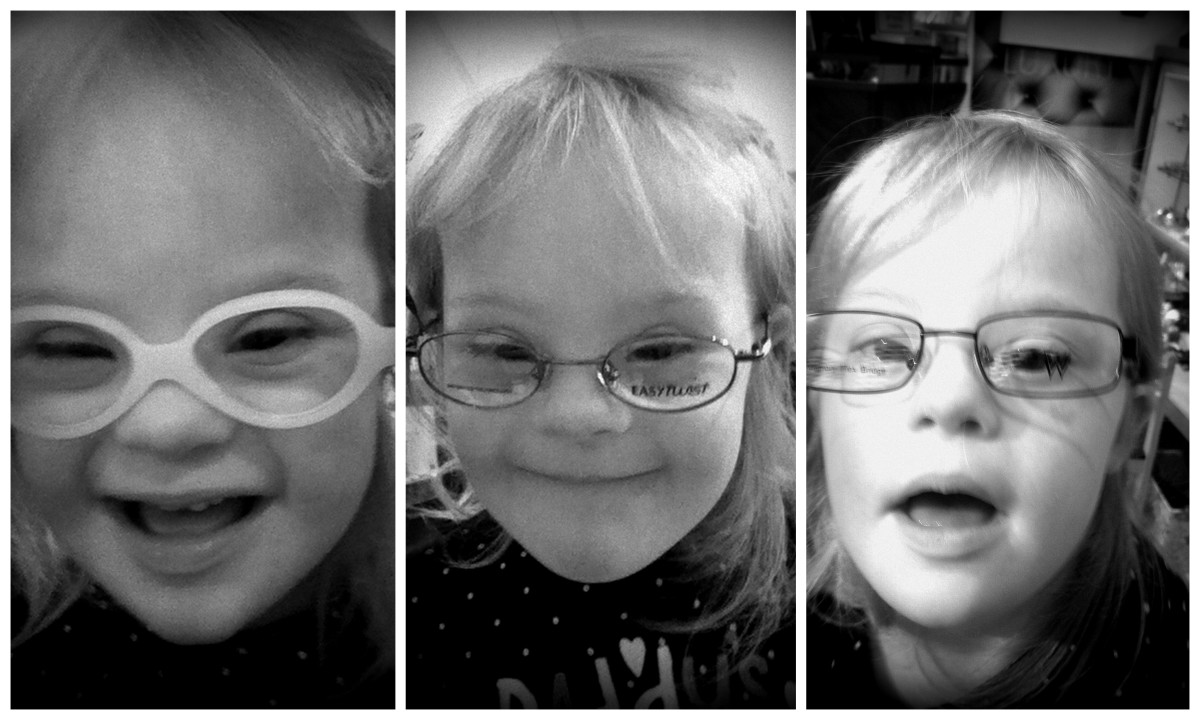 The kids were mesmerized by the fountain a few doors down from the optometrist. Talk about a bribery tool for cooperating! 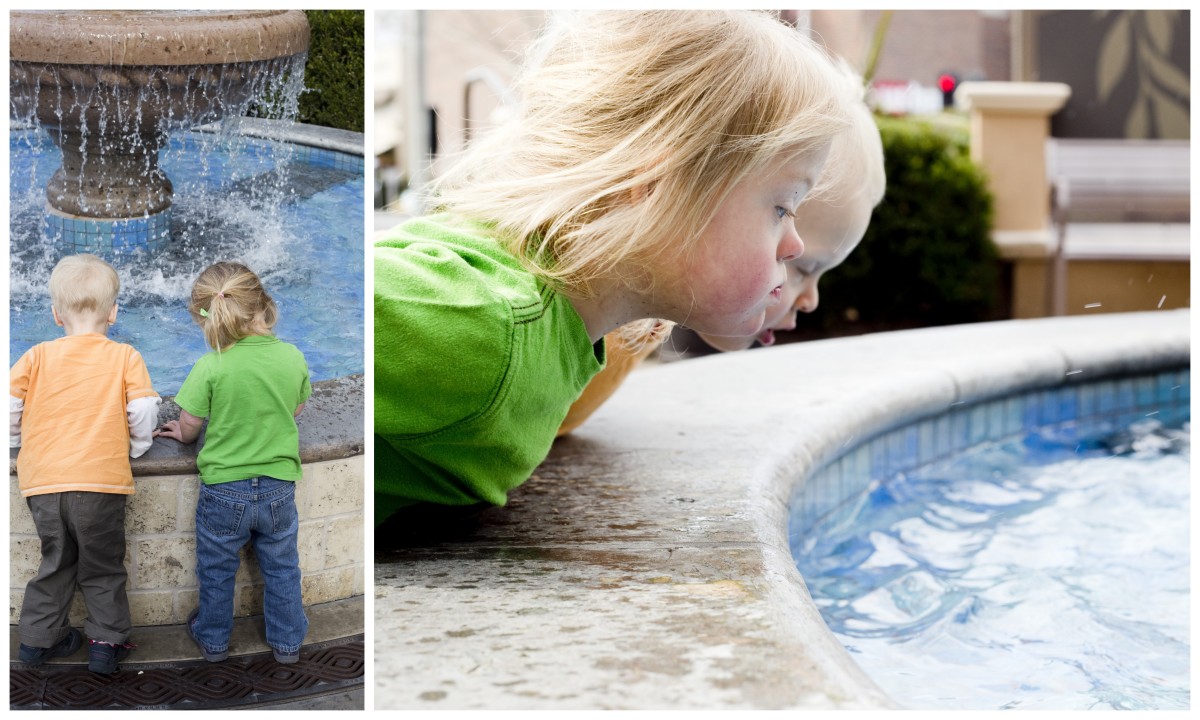 We’re on a Laundry Strike – well, sort of.  I haven’t done laundry in three weeks.  Our brand new not-so-space-age washer blew a hose for the second time in the two months we’ve had it (apparently our water pressure is even further out of this world).  Lake Laundry Room has dried up, but we now have our own range of dirty laundry mountains. And I just might have taken on a personal challenge to prove we can last until the washer man comes (hopefully Monday, fingers crossed).  What I’ve learned in the process: absence makes the heart grow fonder even for a washer, my third (and fourth) string wardrobe actually has something to offer…and I’m embarrassed by the presence of the 7th and 8th string wardrobe – time to purge.  Lastly, potty training is just not doable without a washing machine, I give up. (for now).

Seed babies are still growing…reminding me that spring is on the way. 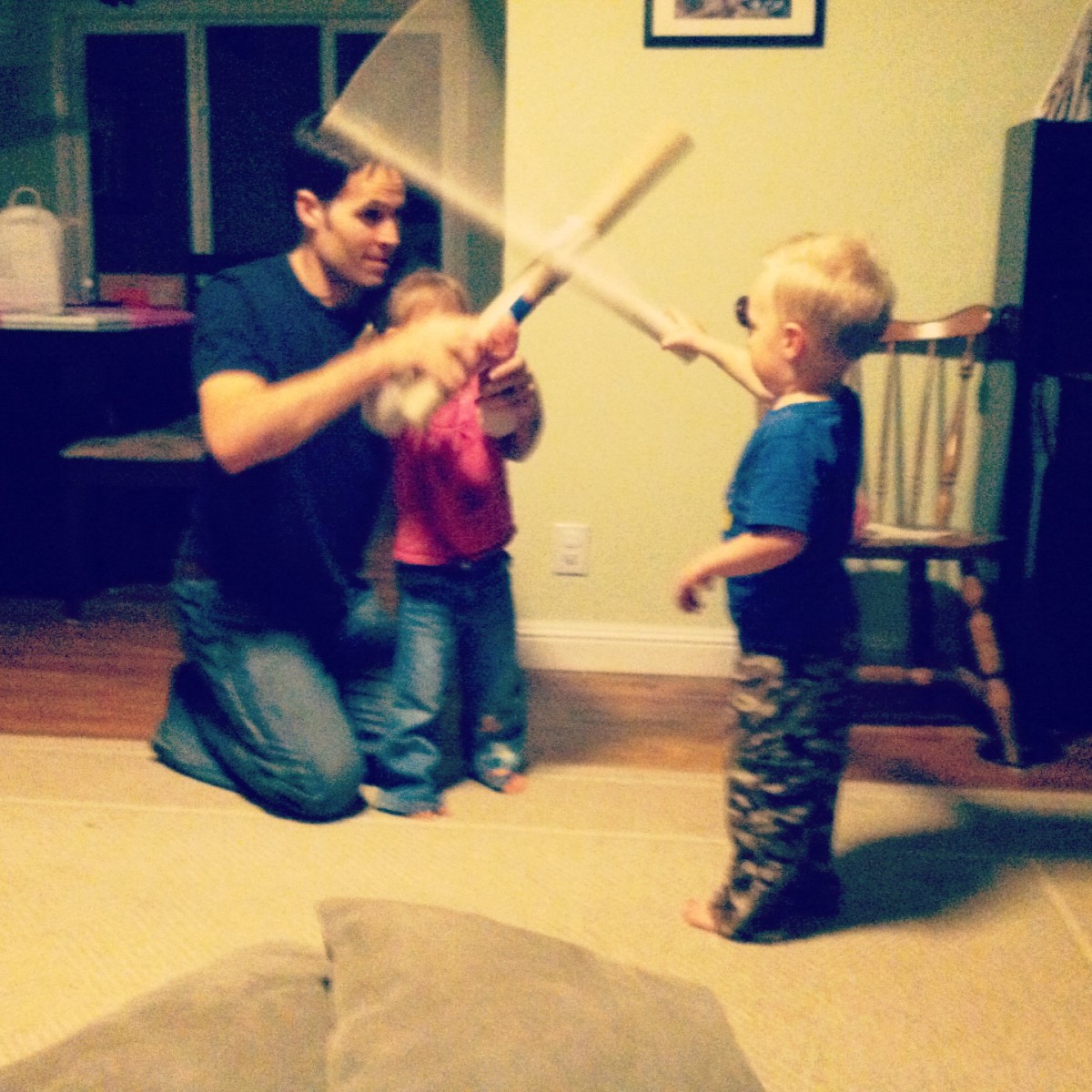