It was a big weekend for our little family.  Not only did we celebrate Whitney’s upcoming birthday with a party and parade but Mr. Curls got his first trim.  I had held back probably a lot longer than I should have with the mess of blonde.  So we set up a video out on the deck, and after arming myself with a few youtube tutorials and some shears we went for it.

During: I definitely need practice on my technique.  And I will say that even though I cradled this little puff of curls in my hand and nearly considered sewing a little pillow to stuff them in forever and ever, I did manage to only bag up a little lock as a keepsake.  A friend mentioned that it’s very unlikely he would care or want it later in life and I assured her that it doesn’t matter, it’s not for him anyway. 🙂  Moms, c’mon, at least some of you feel me. Yes? 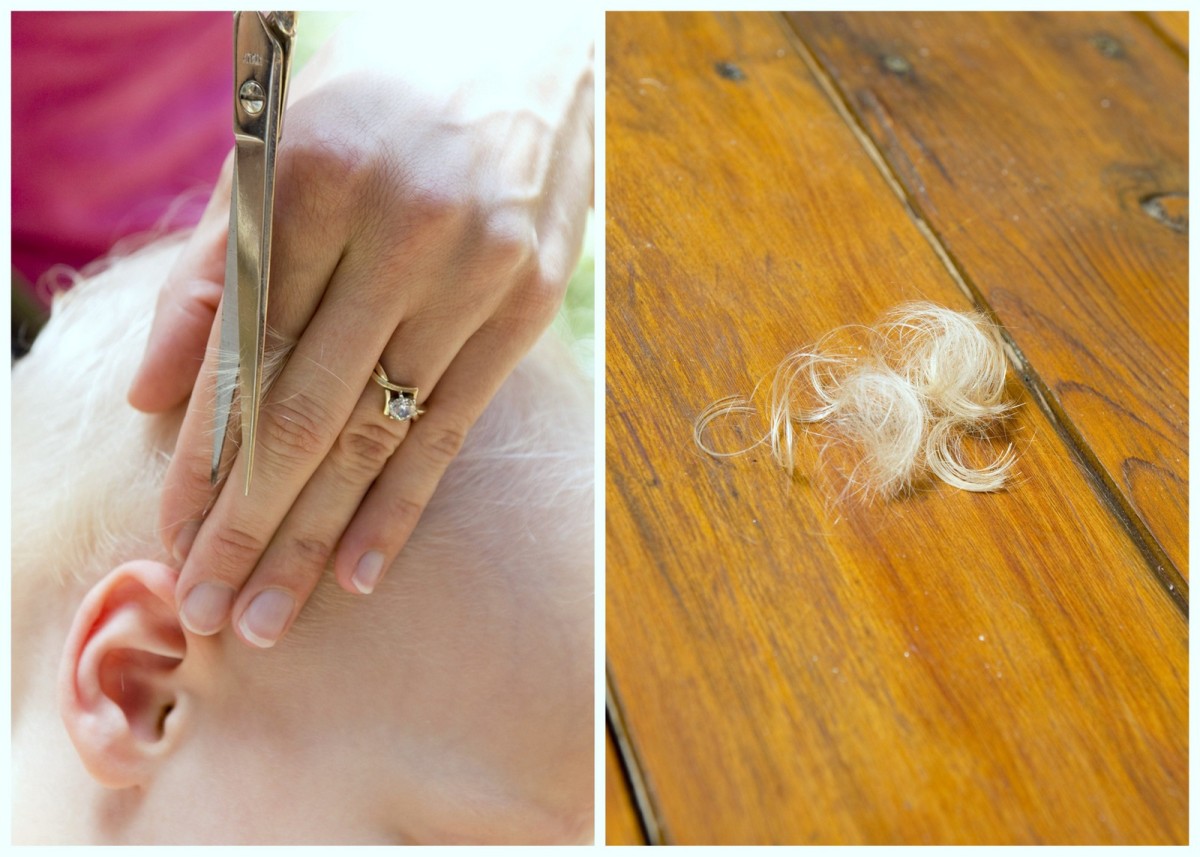 After: grown up little man.  Still a little bit of wave in the back, certainly a few spots that need touch up….and a much more prominent forehead.  Poor guy.  I didn’t take any hair off the top, I swear.  Even attempting a combover hasn’t done much for his little dome.  Any suggestions?  The sides seem to poof out a little more, too…perhaps because I trimmed above his ears? 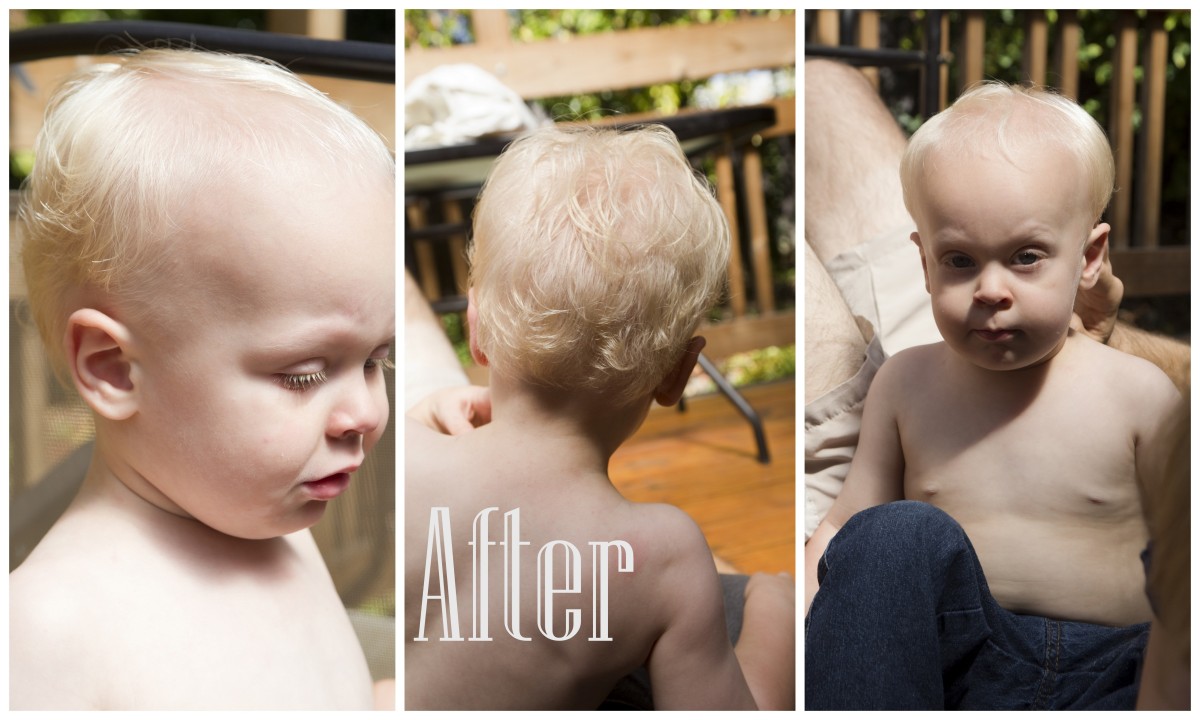 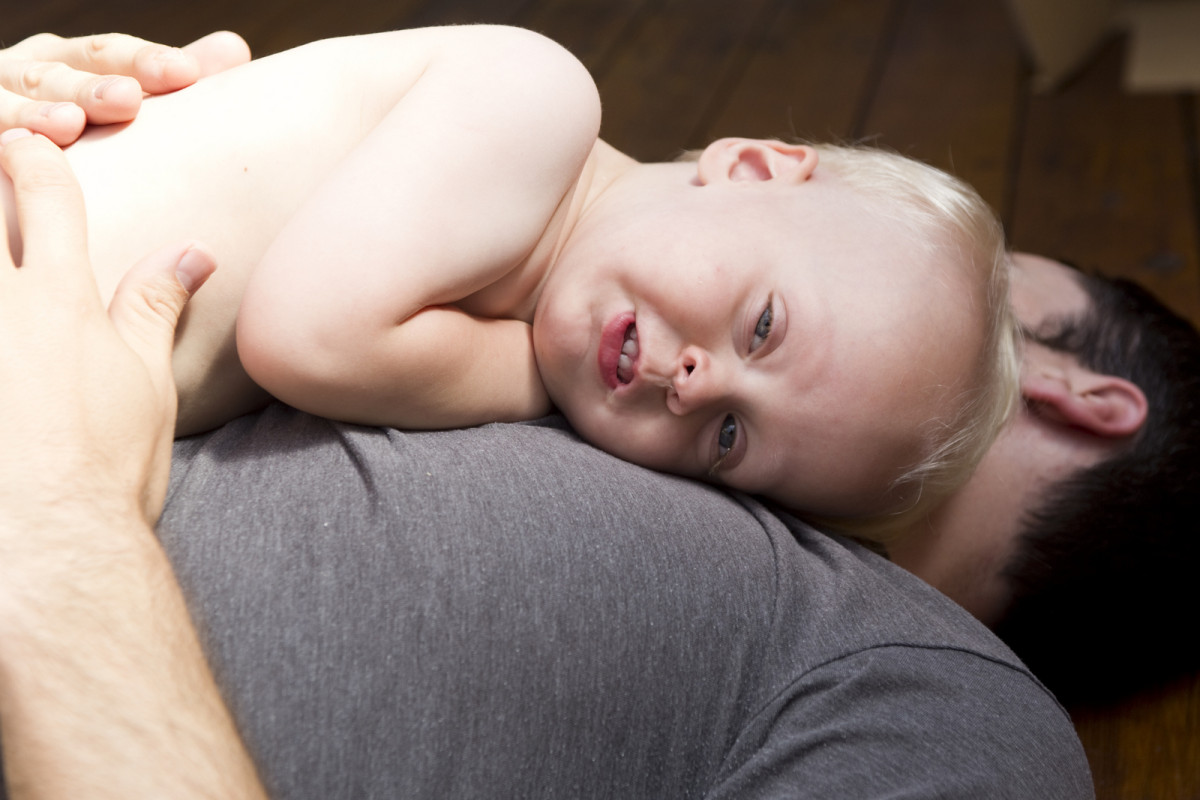